Sociolinguistics Summer School 7 (SSS7) at Universite Lumiere Lyon 2 in France that I attended in June 2016, turned out to be a very welcoming place for postgraduate students to showcase and share their research. There I presented my study into implicit language ideologies in Belarus and felt privileged to be considered for a paper presentation among such high-class research projects.

Overall, the programme of SSS7 was very diverse and focused on language in society, whilst the papers presented by students covered a wide range of linguistic contexts and multiple methodological approaches. Having an opportunity to learn about new research in sociolinguistics gave me a better understanding of how broad the field is and how issues of language in society can be studied with different methods and understood from different perspectives. 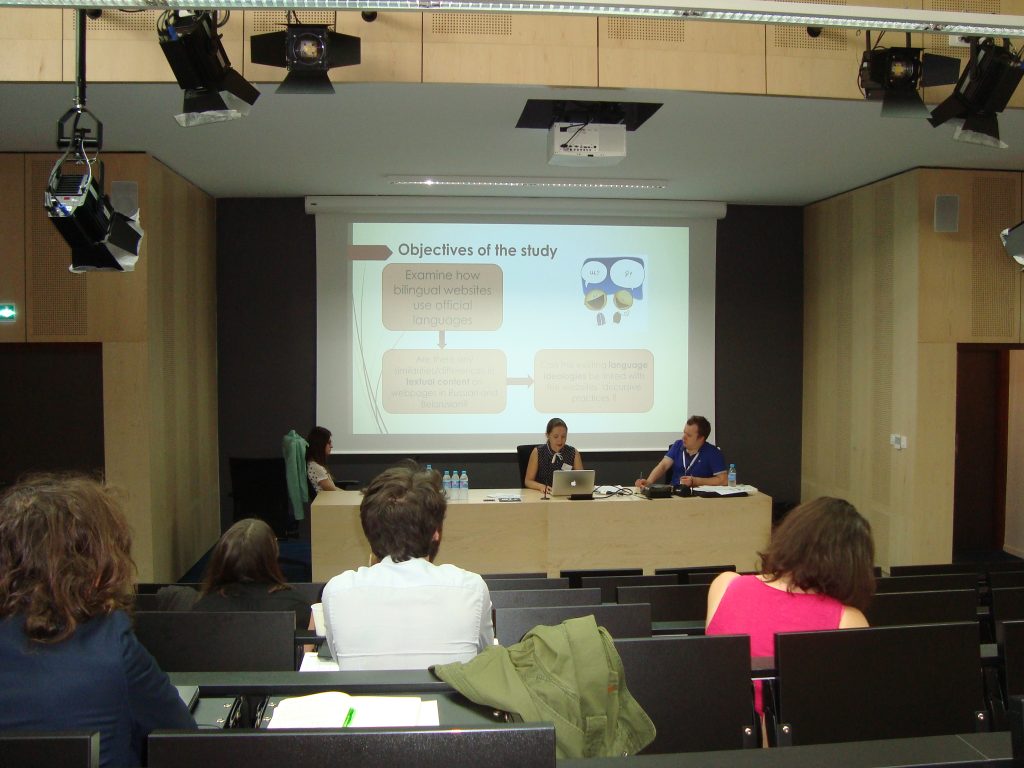 Over the four days of SSS7 plenary sessions and workshops focused on language planning and policy, new speakers approach in sociolinguistics and researching endangered languages. In addition, data sessions were organised where I could share concerns with my data collection and analysis and get valuable feedback from both peers and plenary speakers.

Dr. Jim Walker talked about language policy as a field of enquiry and discussed work of the organisation dedicated to corpus planning of French language DGLFLF (Délégation générale à la langue française et aux langues de France). This session not only gave an insightful overview of how language policies operate but was also a chance to reflect upon my own stance as a researcher of language and analyse my own bias in terms of intervention on language.

Dr. Bernadette O’Rourke talked about the concept of “new speaker” and its usefulness in modern sociolinguistic context. Indeed, research needs to address the ever-changing circumstances of multilingual speakers, such as globalisation, migration and transnational networking. Looking at speakers of minoritised languages from a new perspective can shed light on languages’ chances to survive and may have implications for language policies. This talk was extremely relevant to my own research which partly deals with indigenous languages: although indigenous languages are often claimed to be doomed, new speakers emerge in these ever changing societal conditions, a phenomenon well worth studying. 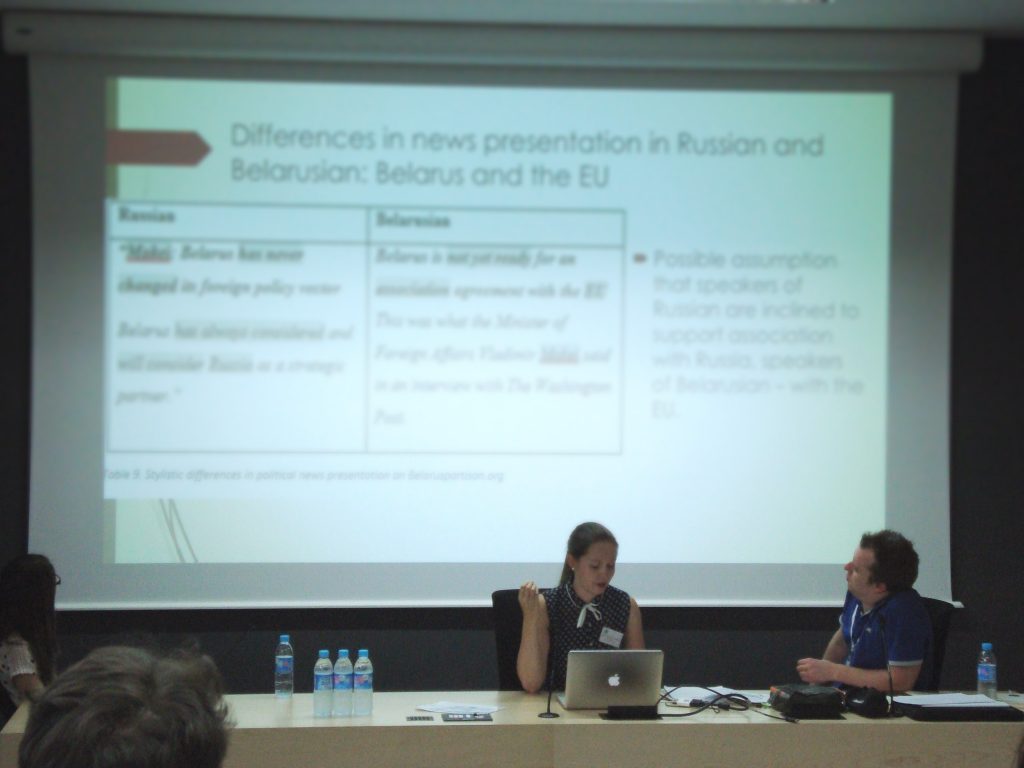 Dr. Benedicte Pivot focused on issues arising in ethnographical studies of endangered languages and revitalisation efforts in sociolinguistics. This session focused on operationalising concepts of language, speakers and community in qualitative research as well as practicalities of carrying interviews, surveys and documenting languages. The workshop on endangered languages contributed to critical understanding of the effects that researcher’s intervention can have on the community and their language.

In summary, this summer school was a great learning space for me that was friendly, including and fun to participate in thanks to the organising committee constituted by PhD students at Universite Lumiere Lyon 2. I would like to thank them and my supervisors who suggested attending this summer school. I believe this summer school will be of interest to many students at ECLS who pursue studies in multiple branches of sociolinguistics.

Written by Hanna Sliashynskaya, 1st years PhD candidate in Applied Linguistics in the School of Education, Communication and Language Sciences at Newcastle University.