Research Assistant Mark Turner explains his thoughts behind the design of the Cutting Edge website.

When designing the architecture for a system for a problem which the Cutting Edge project is trying to solve, it is important to keep the solution as general and flexible as possible. This generalisation is what enables the system to scale easily, being able to incorporate new requirements and integrate them as seamlessly as possible. In this instance the idea was not to not think about the information the Cutting Edge database actually contains, only that there is some data.  Similarly with the users, the exact types and privileges of each role are not important, only that those roles exist.

In actual fact the website has no notion of there being a database; it only knows that there is a web service which returns Cutting Edge data. This abstraction allows for future changes to be made to the Cutting Edge data store without the need for major work on the website. The type of database could be changed completely and the web site might never need to be changed. The social network Twitter works in this way. It has an Application Programming Interface (API), which it allows other people to use and develop their applications on top of. Twitter simply treats itself like any other developer and effectively uses its own API for its website and mobile apps. 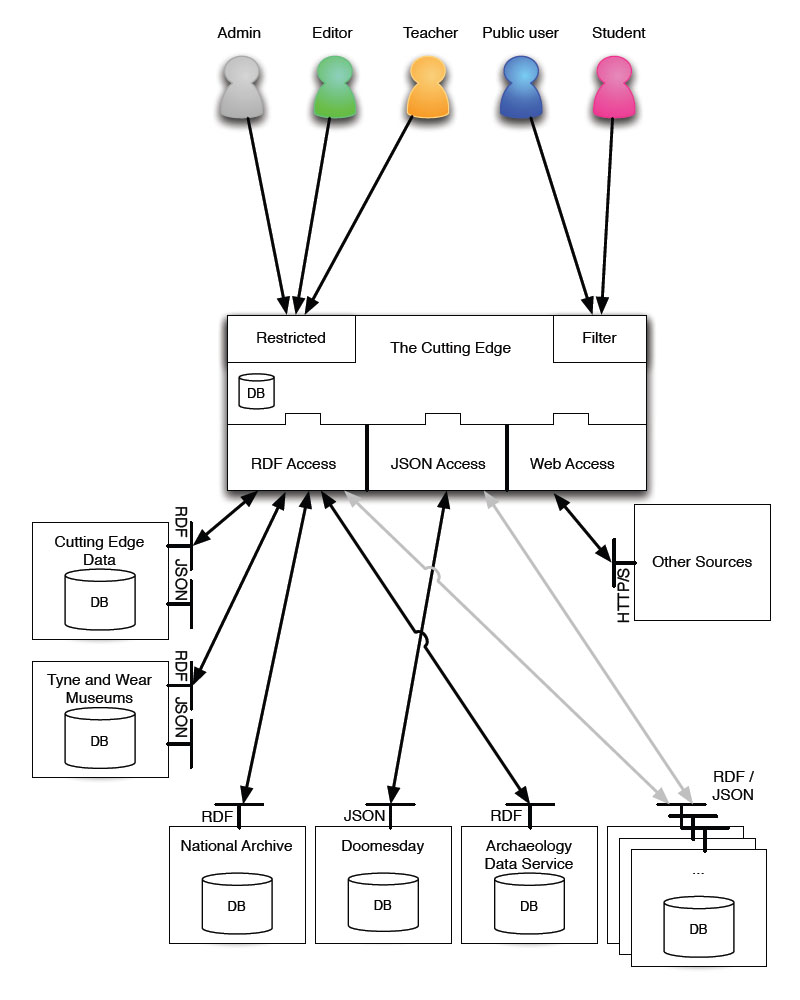