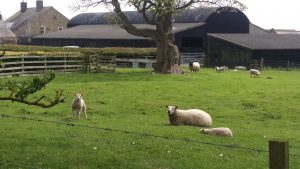 A report released earlier this week by CRE’s Carmen Hubbard provides a detailed analysis of how the UK agriculture may be affected by Brexit. Working with colleagues from the Scottish Rural College, Agri-food & Biosciences Institute and a range of stakeholders, the report looks at all aspects of agriculture across all parts of the UK.

The UK agri-food sector will be one of the most seriously affected by Brexit. Not only is it dependent on trade relations both with the European Union and with the Rest of the World, but it is also a sector dependent on migrant labour, and the most heavily subsidised and regulated under the present Common Agricultural Policy (CAP).

The research shows that under selected trade scenarios the impact of Brexit on UK agriculture will be far from uniform. The trade scenario effects depend on the net trade position, and/or world prices. Under a Free Trade Agreement (FTA) with the EU, agricultural impacts are relatively modest. By contrast, unilateral removal of import tariffs (UTL) has significant negative impacts on prices, production and incomes. Adoption of the current EU’s WTO tariff schedule for all imports (including those from the EU) favours net importer sectors (e.g., dairy) and harms net exporter sectors (e.g., sheep).

These trade effects, however, might be overshadowed by the foreign exchange rate and possible labour market changes and other non-tariff barriers.

Given the dependence of many UK farms on CAP direct payments, their removal, predictably, worsens the negative impacts of new trade arrangements and offsets positive impacts. Indeed, the elimination of direct payments will affect most farm businesses, but the magnitude varies significantly by enterprise and devolved administration. 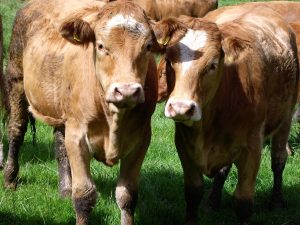 The research shows differences in effects at farm and sector level, implying that although the agricultural industry can survive and adapt there is likely to be considerable hardship for individuals, families and businesses.

Changes in the agricultural industry could have more far reaching effects in other sectors, such as food processing.

Changes in land use may relieve environmental pressures, for example in areas experiencing over grazing, but could increase risks of pollution in others. Consideration will be needed for policies to manage any transition.

The Westminster and devolved governments may need to consider the implications of such changes for people, the food supply, land use and the countryside, and their responses and policy approaches to managing this may vary.

However, uncertainty during negotiations regarding the Withdrawal Agreement has been (and continues to be at the time of writing) a major problem, making it extremely difficult for farmers and the agri-food industry to plan for the future.

Read the report in full here.