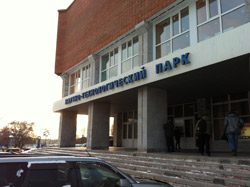 Enhancing our understanding of the ability of places to bounce back and rebound from disruptive economic change has become part of the zeitgeist in academic and policy circles across the world. A burgeoning debate has rumbled on about what constitutes and explains the ‘resilience’ of places in the face of financial crises, dangerous climate change and extreme weather events – CURDS has been actively contributing to the theory and practice of such issues:

Novosibirsk – a city of 1.5m people – in the Siberian region of Russia has demonstrated its ability to rebound from a close to 5% hit on its output following the global financial crisis which impacted the Russian economy hardest in 2009. The city has already bounced back to 5-6% GDP growth in 2012. Current CURDS research suggests several elements appear to have contributed to Novosibirsk’s resilience:

CURDS is currently contributing to a review of entrepreneurship and small and medium-sized enterprise (SME) policy in Russia led by the OECD Local Economic and Employment Development (LEED) for the Ministry of Economic Development of the Russian Federation and the Russian Vnesheconombank. This follows the greater emphasis placed upon the critical role of new start-ups and SMEs in economic growth following President Putin’s aspiration for 60-70% of employment and 50% of GDP to be accounted for by SMEs by 2020.