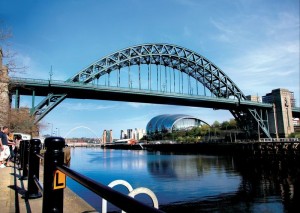 Government statisticians measuring “national well-being” recognise the importance of having a stronger sense of belonging to one’s local area: they have also found (as earlier work had) that the younger you are, the weaker your sense of belonging. [http://www.ons.gov.uk/ons/dcp171766_302966.pdf] Where does this leave children who, after all, are the most tied to their local areas?

The basic answer is that little is known about children’s sense of place. This is despite the Children’s Society finding that an important part of measuring children’s well-being is asking how much they like their local area.

Research in CURDS has begun to reveal some of the factors which may make a difference to children’s sense of place.

The first study of children’s sense of place and their local environment contrasted the views of teenagers with those of adults as part of CURDS research for English Heritage which they summarised in the 2009 Heritage Counts Report. [http://hc.english-heritage.org.uk/Previous-Reports/HC-Sense-of-Place] A key innovation was designing a lesson plan for teachers that included a questionnaire on attitudes to the local area and its built environment. A later study included the further innovation of supplying GPS-enabled cameras and getting children aged 13-15 to photograph the buildings or places that are important to them. [http://www.english-heritage.org.uk/publications/historic-buildings-young-people] These studies have confirmed that the local built environment, and a teenager’s attitude to it, influences the strength of their sense of place.

Two key questions arose from this research: are these issues relevant to younger children too, and are there ways to make the research easily implemented across the country? If so then it may become possible to begin answering questions about children’s well-being nationally and the role of location in shaping this.

The latest relevant CURDS study was a pilot study for the Catherine Cookson Foundation worked with 2 primary schools in Newcastle to show that, with help, children as young as 5 could not only complete a simplified version of the questionnaire but also take photographs of buildings and places important to how they felt about their area. [can supply report link]  Now a new study[1] with a different Tyneside school is trialling a web-friendly version of the questionnaire with 50 8-9 year olds.

The key point of this research is to go beyond finding out what children think now by also actively engaging their interest in the local environment and so increase their pride in their local area and its assets. The aim is to create a web-based teaching framework and suggestions for activities that will successfully engage young people, actively increasing their appreciation and understanding of their local environment. In so doing it could take forward other initiatives – such as that developed in Manchester [http://www.manchester.gov.uk/download/downloads/id/1012/manchester_a_sense_of_place] – that seek to strengthen sense of place to help improve the well-being of communities.