My undergraduate degree in Spanish with French, here at Newcastle University included an element of Latin American literature and linguistics, and more recently I have come to understand this part of the world through hobbies and friendships with Latin American anthropologists in Newcastle and cultural events organised by Vamos. I try to transmit my enthusiasm to my students in my Spanish language classes. I aim to model how deeply meaningful intercultural learning can take place without physical mobility if one takes up the opportunities available.

As a University teacher and PhD student, the work of Brazilian educator Paolo Freire has been influential on my work, particularly his emphasis on the role of critical thinking in liberating us from oppression, and the view of this as the first step towards transformative social action. Freire’s statement that there is no such thing as a value free education reminds us that the dominant approach we observe today isn’t value free, it’s just driven by values that few educators share. For Freire education is a force of either liberation, or domestication, a distinction which underpins the two discourses around Internationalisation identified today as the Global Graduate / Global Citizen. The former emphasises the need to prepare students for the global labour market, whist the second is a lot broader and sees students as activists engaged in the struggle for a more just society. The former does not involve changing the status quo: students are prepared for the existing world order; whilst the second developing awareness of the power mechanisms perpetuate inequality, with a view to transforming societies for the common good. The direction in which I would like to steer my students then is more in line with Global Citizenship. 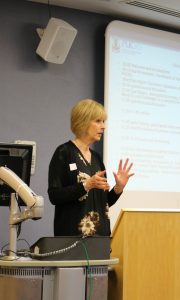 In both Brazil and the UK, Internationalisation is caught up in other sweeping changes to Higher Education. In Brazil this seems to be as a result of radical new legislation to promote the Democratization of Higher Education, similar to UK Widening Participation initiatives, and the expansion of the Brazilian private sector. Currently England and Wales are adjusting to major changes in funding sources, and the rapid expansion of free market economics, bringing with them managerialism, corporatisation and ‘student as customer’ approach. To my mind, the public /private sector tensions evident in Brazil are played out to some degree in the UK’s division of red brick versus new universities.

The approach to Internationalisation at both CUPU and Newcastle University was described as ‘symbolic’ with reference to Bartell’s (2003) continuum adapted by Robson and Turner (2007), whilst staff were concerned to move towards ‘transformative’ Internationalisation. In both contexts Internationalisation is associated predominantly with mobility – outward for Brazil and inward for Newcastle, reflecting dominant trends of south to north flows. Going abroad is highly prized in Brazil and associated with high status, and students are selective about where they want to go. Seminar participants today stressed the need to promote Internationalisation as a holistic institution-wide process. In both institutions staff engagement is patchy and may vary across disciplines.

Significant concern was expressed for the ‘home’ student experience of Internationalisation. In the UK these students are often portrayed as passive, xenophobic and parochial, rather than as individuals with particular histories and experiences which might affect their uptake of the opportunities Internationalisation offers them. In fact, Democratization and Widening Participation bring issues of race and social class and to the fore in Higher Education today presenting a very diverse classroom mix in both countries. The profile of ‘home’ students is varied: some are part-time working students, some are mature students, some have dependents, in Brazil some are living in dangerous areas and need to be home early. These factors may influence an individual’s past attitudes to and ability to engage with Internationalisation, particularly when it is mainly associated with physical mobility. The seminar agreed that the menu of opportunities should be enhanced and on a practical note Skype contacts for language learning between students from the two institutions was arranged. 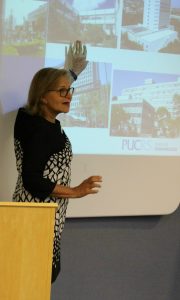 The concept of ‘culture’ is often used in the analysis of student integration issues, yet used sloppily it can be unhelpful. ‘Culture’ is too often equated with national culture, and negatively with difference, conflict, distance etc. A broader interpretation of ‘culture’ and a look at other barriers to integration might lead to greater cohesion for all students. In the UK it is often assumed that ‘home’ students are in a position of power due to English being their ‘native’ language, and for their presumed familiarity with the Higher Education system, yet the reality is more complex. ‘Home’ student- international student relations look different if viewed in terms of socio-economic status: an internationally mobile, bilingual, fee paying International elite alongside a local, non-mobile working mature student. Values led Internationalisation, linked to social justice and the reduction of prejudice, requires that intercultural be defined as broadly as possible, and all barriers to interaction should addressed.

Student integration at the micro level must also be considered in relation to the wider social context. Firstly, the competitive environment and marketization discourse in Higher Education may encourage more instrumental attitudes to learning, travelling and international engagement in general. Secondly, dominant media discourse around of migration, immigration and war, terrorism may also consciously or subconsciously affect student attitudes to cultural Others. Culturally inclusive pedagogies should equip students with the tools to deconstruct media discourse and identity politics. Seminar participants agreed that   discussing highly sensitive political issues is part of the process of the international ‘becoming’ that the group aspires to for their students, although having staff members willing and able to take on this role may be problematic.

This leads us to ask, how we can enable transformative international experiences for our students when political, economic and media discourses in the sector and beyond seem to conspire against this? How can we ensure that students engage deeply with Internationalisation and don’t simply play the game, tick the boxes, by taking a holiday abroad whilst enhancing their CV, for example? Coming back to Freire, this is a question of values, and value change: an important question for a values-led approach to Internationalisation. 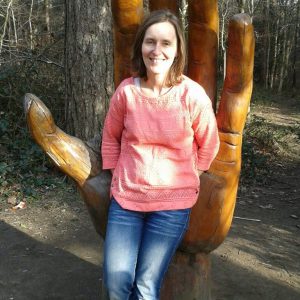 Caroline Burns has a BA (Hons) in Spanish with French from Newcastle University, and a MA in Applied Linguistics (TESOL) from Northumbria University where she has worked as a Lecturer in Languages since 2002. She is currently working towards completion of a Doctorate in Education in ECLS which focuses on the ‘home’ student experience of Internationalisation of Higher Education. Her research interests include Global Citizenship, critical pedagogy and narrative inquiry.