As English teachers in England are aware, the new GCSE specifications which will be examined for the first time in Summer 2017 mark a significant departure from previous practice in terms of curriculum and assessment.  Terminal, closed book examinations, the removal of controlled assessment and an increased emphasis on 19th Century writing, combined with changes to accountability measures, make for a challenging set of circumstances for English teachers.  I had long been interested in the debate about whether or not the canon of literature we teach is contingent upon societal, economic and political values, or whether it arises simply because of a texts’ aesthetic qualities.  When this debate is placed within the highly charged current educational context of Conservative reforms and austerity, interesting questions are raised about how teachers’ behaviours, values, priorities and decisions about what to teach are affected by these challenging circumstances.

In order to investigate these decisions during my Masters dissertation, I surveyed over 130 English teachers about their text choices for the new GCSE Literature Specification, as well as interviewing local Heads of Department.  Whilst the question of which texts we teach may be seen primarily as one about the academic and cultural value of one text over another, pragmatic challenges faced by schools mean that the curriculum may be devised more as a result of practical factors such as the availability of texts, logistical expediency, budgetary demands and time constraints as well as finding texts which are seen as engaging and relevant to our students.  All of these factors emerged as significant for teachers when making curricular and pedagogic decisions, but what was arguably more interesting were tropes in the language which teachers used to describe their decision making in light of curricular reform.

A particularly rich seam was the assumption of mutual exclusivity.  I noticed how often teachers couched the choices which they were faced with as an “either/or” decision.  In addition to this, I noticed that this choice was couched between what can be broadly aligned with the debate between teaching knowledge and teaching skills.  Terms such as “remembering” and “rote learning” are pitted against phrases like “exploring” “enjoying” and “engaging with” texts.

Another theme to emerge from my analysis of teachers responses was that of teachers’ beliefs about representation.  I was interested in the ways these beliefs corresponded with academic and epistemological debate about the canon particularly in light of ideas about social justice.  Many teachers decried the new specifications as “pale, male and stale”, simultaneously lamenting the more traditional literary content which would not necessarily “engage students”.  Paradoxically however, despite lamenting the more traditional nature of the choices available, the most popular text choices tended to be those mainstays of the traditional canon, with more diverse choices remaining less popular.

Is it easier to teach students when they are reading texts which are ‘relevant’ to their lives?

Furthermore, the question of relevance became a pertinent one in my data.  Was it the case that teachers believe that texts ought to be relevant to students’ lives as a matter of principle, or did relevance function as a more pragmatic criteria?  Is it easier to teach students when they are reading texts which are ‘relevant’ to their lives?   And should the criteria of relevant and engaging apply to content and curriculum, or to the pedagogical methods employed to deliver this content?  There were also, some would argue, pernicious assumptions, that certain literary knowledge was not necessary for particular cohorts of students who might require “more functional language”.

As a classroom teacher myself, I am sympathetic to the challenges teachers face in preparing students for these new examinations.  However, these demands must be balanced against the laudable aim of allowing all students access to powerful literary knowledge, which English teachers know to be transformative and liberating.  The problem is that pragmatic factors often mean that teachers are forced to act in a way which does not correspond with their beliefs, (what Ball terms “values schizophrenia”) and that teachers currently work within a performative culture in which they feel that they face a mutually exclusive choice between knowledge and skills, rather than an optimistic belief that students can be taught powerful literary knowledge which they can then explore, engage with and enjoy.  If these barriers of performativity and pragmatic constraints were reduced then teachers could find a way through this new and challenging territory.

Taken from the BERA blogs. 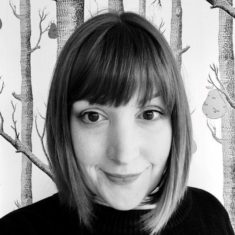 Anne Clough studied English Language and Literature at the University of Edinburgh, graduating with a First Class Honours degree in 2006.  She then trained as a secondary English teacher and has taught for 9 years in the North East of England. She is now Head of English at St Mary’s Catholic School in Newcastle.  She recently graduated from her MEd in Practitioner Enquiry from the University of Newcastle, where she was the winner of the 2016 Marie Butterworth Prize for Excellence for her Masters Dissertation.  Her interests are epistemology and the relationship between curriculum and assessment.