This presentation takes as a point of departure the role of architecture as educational space within the Alternative Art School (AAS). In the last decade there has been a proliferation of what might be deemed alternative art school models. The AAS may be defined by those institutions that are operating outside of government-regulated programmes of study, but are operating within pedagogies and as extended programmes of creative study. AAS have been established by artists, educators, collaborators and participants; predominantly across Europe, North and South America but also in North Africa and the Middle East. These formal communities of practice have been deliberately established as alternatives to and outside of – the public or private specialist arts university.

An academic practice based researcher, Elle Reynolds is currently examining the spaces and modes of exchange within autonomous art schools and alternative models of art education. This forms part of an on-going study into spaces / materials / actions, extracting their potentiality as instruments for learning. Recent residencies have included the Summer Lodge in 2016 – 2017 and No Telos, Venice 2017. Work has been exhibited at locations, art-spaces and galleries, in Estonia, Italy, Romania, Spain and the United Kingdom. Alongside is extensive teaching experience; most notably at Bradford College of Art, the School of Oriental and African Studies, Istituto Marangoni and Central Saint Martins College of Art & Design. Elle Reynolds currently lives and works in London. 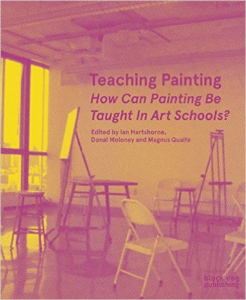 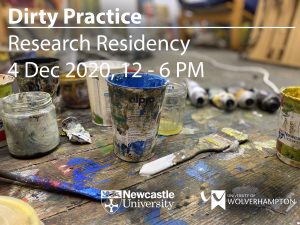 Call for Artists ‘zoom’ as a ‘dirty space’

To test and explore the potential of ‘zoom’ as a ‘dirty space’ we are proposing a short online residency for one afternoon.
See Link for further information