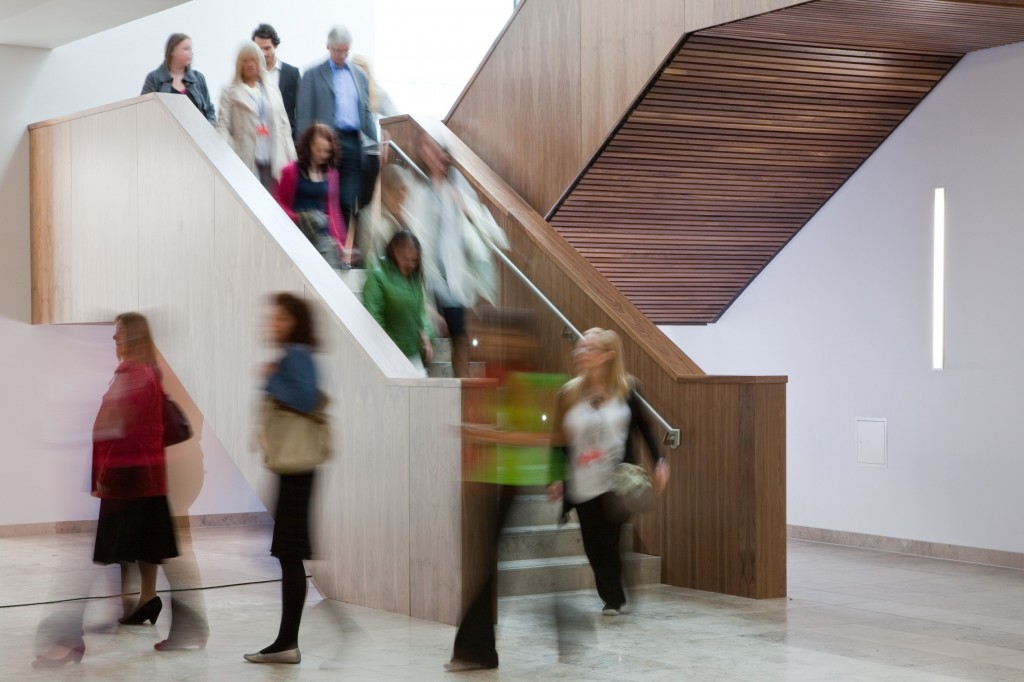 An automated email from student services arrived in my inbox recently reminding me to register for the second year of my PhD.  So after nearly a year of doing a PhD, I thought it was an appropriate time to reflect on what I’ve been doing and what life as a PhD student has been like so far.  I started my PhD in October last year, researching professional women’s participation in public sector trade unions.

This time last year I was working out my notice in my old job, eager to start my PhD, wondering what it would all be like and whether I would actually be able to do it.  The second question I’m still wondering about but at least I can share some answers to the first.

Anyone who has ever changed jobs (or started a job!) will know that one of the first things you realise when you find yourself in a new organisational setting is that people speak their own special language.  Starting my PhD was no different.  Getting used to the fact that everyone “conceptualised” things was one thing, but it was also a relief to work out that when people referred to a “TA” they were talking about teaching assistants not the Territorial Army.  Luckily, immersion is one of the best ways to learn a new language so after a few weeks things were becoming clearer on the communication side.  However, the PhD itself was still a murky beast.   The first few months provided the opportunity to get into some of the reading that you need to do but the lack of outputs and short term deadlines did feel unsettling at first. Luckily though, supervisors are there to provide guidance and reassurance (and occasionally to dump a load more reading on your desk!) so while feeling like I wasn’t making much progress I was actually developing that frequently mentioned “conceptual framework” for my research.

Days spent reading might sound like a fairly solitary and lonely activity and before starting my PhD I was often warned about how lonely an experience it can be.  However, NUBS and the University offer plenty of opportunities not to be lonely!  NUBS offers a series of seminars for PhD students, offering the chance to meet some members of staff outside your supervisory team, learn about some of the research that’s going on in the school and network with your fellow PhD students.  Further to this, all PhD students in the Faculty of Humanities and Social Sciences are offered research training and can study for a Postgraduate Certificate in Research Training.  The training itself is interesting and also provides those strangely craved for deadlines, but it also offers opportunities to meet and socialise with PhD students outside of your department – including at the Christmas party (plenty of wine, always good for networking!).

So having spent some time settling in over the first few months, here are some of the highlights from the rest of the year.

Just to make it immediately clear, I HATE giving presentations, it really does make me nervous.  However, on the advice of my supervisor, I had to bite the bullet.

I presented my research at both Newcastle’s own doctoral conference and at Leeds Univeristy Business School’s.  And both were excellent opportunities to discuss my research with interested and informed audience members.

The conference highlight for me was, however, the BUIRA conference held in Strathclyde.  I had had an abstract accepted for presentation there and while delighted, I was also very nervous.  The conference itself provided the opportunity to hear a number of interesting presentations on work people were doing that closely related to mine.  In addition, the conference dinners meant that there was plenty of time to meet people and get to know colleagues working in the same area.  The evening disco also had excellent music, but unfortunately, Stewart Johnstone, of NUBS, could not be persuaded to get his dancing shoes on!  I gave my own presentation on the Saturday morning.  The paper I was presenting considered the ways in which unionised managers understand their working identities and whether there is conflict between their roles as both managers and union members.  Although presenting the paper was nerve racking, it was a good experience to be able to share my work with more experienced academics and get useful feedback.

The formal progression process that the university requires PhD students to go through seemed pretty daunting at the start of the year.  Towards the end of the year you have a progression panel – three academics (not your supervisors) have the pleasure of reading some of your work and then being given a presentation on it.  Which written down now doesn’t seem like too much work….however, once again that familiar feeling of nerves returned in the run up to the panel.  One of the strange things that I have found over this first year of PhDness is that things seem to move quickly so by the time I was to actually have my progression panel, I thought the document I had submitted already seemed out of date and full of typos (another learning point – leave some time between writing something and rereading it, otherwise you just read what you think it should say not what it actually says!).

So, the day of my progression panel arrived and it was hot and sunny.  The panel itself didn’t get off to the greatest start – the door to the room it was scheduled in was locked and no one knew where the key was, the projector didn’t work and my efforts to contain my nerves were faltering!  However, despite all of that, I got through it and I have to say my overwhelming feeling on the process was that it was incredibly useful and motivational.  The feedback was helpful and has meant that I have been able to see more clearly what my thesis might come to look like, which is strangely exciting.  Now I just need to get on with it!

So, in summary, my first year as a HRMWE PhD student has passed quickly, with lots of nerve racking moments that turned out to be positive.  I’m looking forward to starting the interviews for my research, which are planned to start in October – exciting times!