Of the 4 of my PhD students that completed in 2018, I managed to get (rid of) 2 of them at the same ceremony. Congratulations Mehmet and Liam! 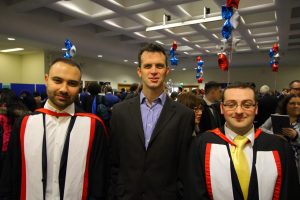 Over this last year I have had more linear machines tested than at any point in my career…but always as a passive generator. For the first time we managed to get one of these machines hooked up to a bespoke voltage source inverter to act as a controlled actuator. Watch this space next year for exciting results. 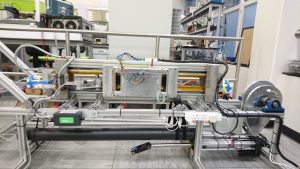 We are continuing or work with Protean on electric vehicle traction motors, with Iago delivering his annual address to his industrial supporters. 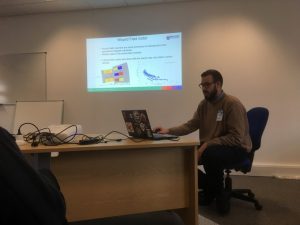 We are at the exciting planning stage for our next round of motor builds. As always, I thinks its pretty useful to mock up assemblies for those hard-to-imagine machines. Here is a potential assembly plan for Halbach arrays 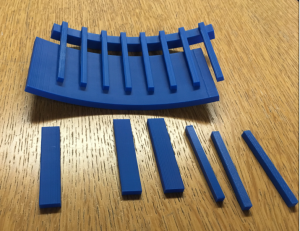 Being an academic, you get gaps when you don’t have much teaching to do. I filled my last gap by getting 4 journal papers published and some really amazing progress in the labs. Many thanks to my co-authors and co-workers for making this happen.

The E-drive part of the EP lab is starting to get really exciting, as the power electronic converter finally gets to meet one of the linear machines we have recently comissioned. Once we have this working, we are going to use the Flo-Wave tank and couple the system to a scale wave energy converter. Even more Exciting! 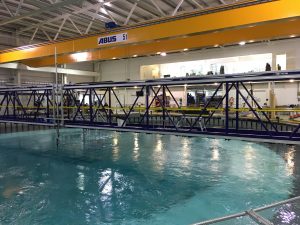 Much of the linear work we have done over the last 12 months have recently been published in 3 IEEE Transactions on Energy Conversion journal papers.

I am yet to use this equipment with school-age pupils yet, but I am now trained, and excited, to be involved in the Lego education scheme run by Raising Robots: 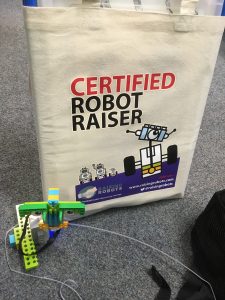 Hoing to get this into some schools during this academic year

Conference season was in full a swing as I attended my final 2 conferences of 2018.

Hosted at Alexandroupli, Greece, the International Conference on Electrical machines was well attended by the Electrical Power Group, where we presented 9 papers.

Inlcuding 4 from my team

The work we presented is here.

Successfully presented the very first bread of the linear cylindrical vernier machine completely made of #Soft_Magnetic_Composites from @HoganasAB as a part of the International Conference on Electrical Machine (ICEM’18) for the team of @Power_Group_NCL at Alexandroupolis, Greece pic.twitter.com/U3majjxBK6

(Raihan has not really built a bread machine, but is claiming a new breed of machine)

Of course, would be rude to go to Greece and not have a quick look around. 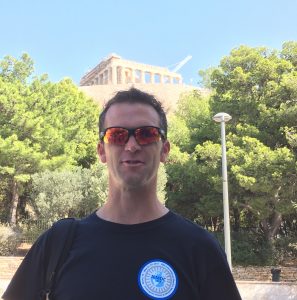 RPG 2018
This year’s IET conference on renewable power generation was hosted by DTU in Copenhagan. We presented 3 pieces of work on tidal energ, linear machines and power converters. for a conference with a fairly narrow title, there was a wide range of topics presented.
I finally got to give a presentation on the work we have done on the economics of teh generator in the OpenHydro tidal stream device. Sadly, a few months after OpenHydro went into liquidation. 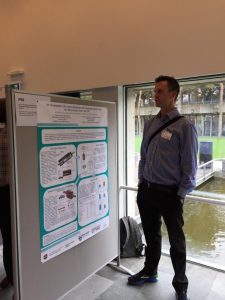 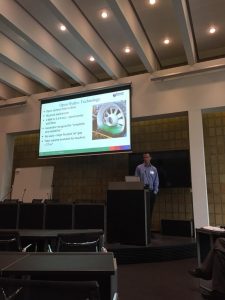 I also represented a poster on the feasibility of linear magnetic gears, co-written by colleagues in Edinburgh.
A couple of other pictures…

4 of us from @EngineeringNCL Presenting recent work on renewable wave, wind and tidal energy at #ietrpg Copenhagen pic.twitter.com/zSbqnbeAJJ

The E3 academy is a scheme that sponsors some of our birghtest UG students. It is a collaboration between 6 industrial partners and 3 universities. As well as giving students finacnial support and guaranteed vacation work, it also aims to build professional collaborations between colleagues of a similar age. As teh E3 tutor, I go every year to the annual summer schooo, which this year was held in Bangor. As well as visiting hte awe inspiring Dinowrig pump storage centre (http://www.electricmountain.co.uk/), students where challenged with ‘reverse-engineering’ some products to get some experience in design. 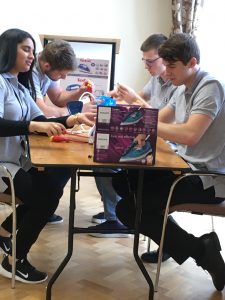 More details about E3 can be found here: http://e3academy.org/

Some nice pictures of the summer school, including past and present scholars, are avaiblae on tehir facebook page https://www.facebook.com/eee3Academy/

We where happy to host a vistor from University of Chile, Prof Cardenas, to talk about control and testing of wave energy devices as part of our E Drive project. He was with us over 2 weeks and also visited our partners in Edinburgh University and Turbo Power Systems.

Of course, we couldn’t let him go without a night out. 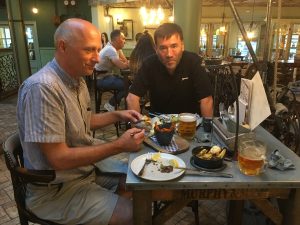 More details about Prof Cardenas’ work can be found here

Every year the EP group go on walk to remind ourselves there is more to life than Electrical Power. This year, we went to Kielder and walked (most of the way) around kielder Lake.

Deciding where the Electrical Power Group is ‘heading’ on this year’s group walk…@EngineeringNCL pic.twitter.com/tgmCTRvKIU

After marking projects, coursework and of course exams, the undergraduate academic year is starting to wind down 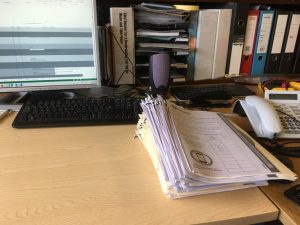 …although there has already been an open day for September 2019 entry. 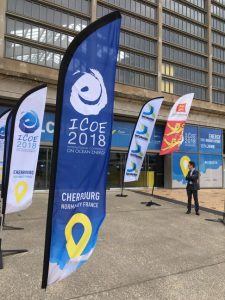 I presented some of our work on wave energy power take off development at the recent International Conference of Ocean Energy in Cherbourg. There is an amazing amount of work going on in this area, and there is real progress being made in the industry. Wave and Tidal development seems to be dominated by European industry (rather than UK / academia) and relatively little of it is in electrical drives, and the progress. Whereas once you might say that the UK led the way, and more recently just Scotland led the way, you could argue that France and other EU countries are taking lead over recent years. Here at Newcastle, Raihan has almost finished testing his unique Halbach array VHM, whereas Steve is about to commission the voltage source converter. More details can be found in the presentation I gave here. 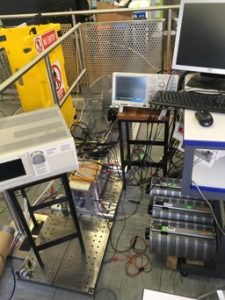 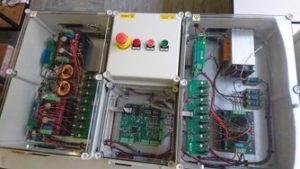 In Aerospace, we are doing the initial stages of a new alternator, here is a motorette we are using to envisage the winding. 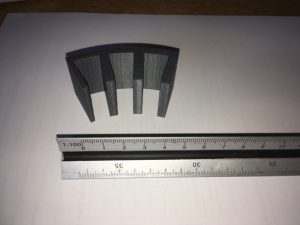 Meanwhile we are finishing off some thermal tests on our previous design, in response to some reviewers comments on one of our publications. 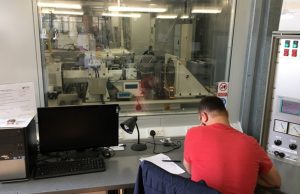 This quarter’s stem activity was at Beamish open air museums’ ‘wind in your sails’ event. This involved schools being set the challenge of making a wind mill out of “k’nex “. You can see here the moment me and another ‘judge’ tweaked their design – putting some twist on the blades converted a stationery blade into a high speed turbine! 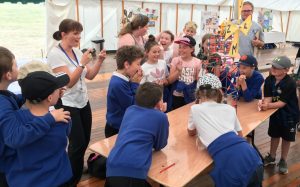 This few weeks has seen Mehmet pass his Viva, being my 4th PhD student to do so in less than 12 months!
We have for the time being finished testing two cylindrical linear machines in the lab and are about to start testing some rectangular variants. Here is the first, with an unusual segmented stator design. (Based on the initial concept photographed in October 2017) 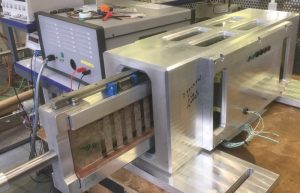 We went to PEMD on mass, where I was author on a massive 8 papers – and the EP group presented many more. 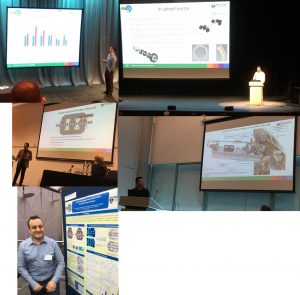 Recent STEM event include a taster session at the university for year 6 primary students and working a stand at the MakerFaireUK event.

A good mix of teaching, research and publishing going on in December. Managed to get the majority of PhD students out for an end of year lunch, whilst submitting 3 journal papers in the last week of December and commissioning the new rig. Also Junnan and Liam both passed their vivas late December, and Mehmet submitted his for consideration. 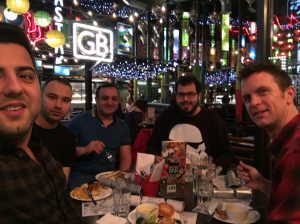 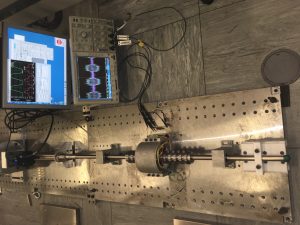 January started with a week of intensive teaching. 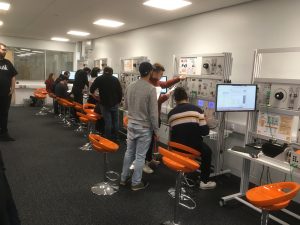 1 Linear machine testing complete, 1 machine about to be mounted on the rig, with 2 further machines planned for testing straight afterwards.

Dug up this as an example of how not to test a linear machine (taken ~2002, Durham University) 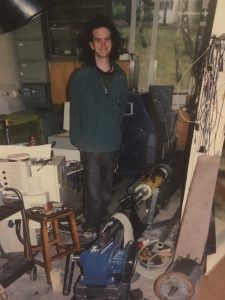 No guards, messy lab….great machine though.