Thanks to Joy Zhang and Geoff Payne for contributing some fascinating and original thinking to our cluster meeting on Weds 13th November.

Geoff came to talk about his recent chapter in Panayotova, P. (ed) (2019) The History of Sociology in Britain, focusing on how the former polytechnics (current ‘post-92’ institutions) are too often written out of disciplinary histories. The question of who gets to tell the story fo sociology, from what social and institutional positions, remains very relevant and we really enjoyed Geoff’s original approach to this question.

We were also delighted to be joined by Joy Zhang (Kent) who was in Newcastle to give a fantastic seminar later in the day:‘From democratising to decolonising science: Lessons from China’s contemporary life science controversies.’ In our cluster session Joy shared some thoughts about the very different history and present position of Sociology in China as well as connecting this up to her own trajectory and work.

Fantastic symposium at the Newcastle Law School on 8th November 2019 on utopian thinking – thanks to Ruth Houghton for organising! We heard a really rich set of papers with lots to think about for those interested in pasts and futures – and really relevant to a broadly understood sociology even though the overt frame was around international law and human rights.

Nathaniel Coleman (Newcastle) reflected on how utopia might be a valuable method for the theory, pedagogy and practise of architecture – reflecting on the central function of architecture in devising and making spaces that might enable new and better ways of being.

Matthew Nicholson (Durham) explored ways of ‘re-situating utopia’ in international law discourse – which usually mobilises fixed, blueprint notions of utopia (whether it locates them in existing frameworks or the promise of a depoliticised human rights). He asked how international law might work in and with a more processual, open-ended and radical utopianism.

I had a few things to say about changing context for imagining better environmental futures and the need for a more speculative, utopian and science fictional sociology.

Sarah Lohmann (Durham) is working on feminist critical utopian fictions from the 1970s and explored how they can be thought of as literary-philosophical thought experiments. They work with a complex, dynamic notion of time and offer imagined alternative societies not as blueprints but as self-organising systems that remain relevant in changing times.

Ruth Houghton (Newcastle) and Aoife O’Donoghue (Durham) are reading feminist utopias and dystopias against global constitutionalist manifestoes in relation to visions of more inclusive and solidaristic visions of international law. How might these texts help us learn how to approach governance that is not predicated on patriarchy?

On Weds 12th June Philippe Boudes will be joining us for an informal talk at the meeting point of sociological theory, rural studies, science studies and environmental studies. Co-hosted by Imagining Pasts and Futures and Newcastle’s Centre for Rural Economy, the talk is ‘Between disciplines and interdisciplinarity: bringing sociology, science and environment together’, 12-2pm 12th June Agriculture Building AGRB.3.02. 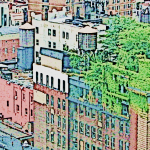 Abstract: ‘In this presentation I explore how, starting with a very classical academic curriculum, sociology can contribute to interdisciplinary research on environmental and rural issues. Specifically, I explore how sociology can respond to instrumental and policy demands relating to the management and public understanding of those issues. How do we work within an interdisciplinary context which is often limited by demands for operational results? Rather than stay too strongly rooted in my discipline or, by contrast, favour a pro-interdisciplinary posture, I propose a new approach. This is based on trying to « live » my discipline – not denying the diversity of other disciplinary approaches, but recalling always the need to keep in mind the fully social significance of the topics studied. I illustrate this approach with reference to my research on public goods, on the greening of cities, and on river restoration. I show in each case how the contribution of sociology has allowed not only new conceptual inputs with respect to these different issues, but also to the formalization or enrichment of concepts within Sociology, including Simmelian approaches to the city and theories of recognition.’

25th March 2019 was our last scheduled cluster meeting of the semester. We were absolutely delighted to welcome Joanne Sayner to talk about her recent work on culture, centenaries and difficult pasts that she is doing in collaboration with Jenny Kidd (Cardi 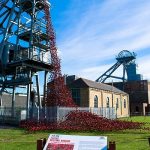 ff). Their research has looked closely at the poppy exhibition which has toured the UK for the centenary of WWI, and in our session raised some fascinating and difficult questions about cultural institutions and commemoration, and how people might be able to think about what the poppy means beyond ‘banal nationalism’ (Billig).

Joanne is Senior Lecturer in Cultural and Heritage Studies here at Newcastle. She works on the politics of remembering in contemporary culture. With our own Anselma Gallinat and also Sarah Jones (Birmingham), she is currently Co-I on the AHRC project ‘Knowing the Secret Police: Secrecy and Knowledge in East German Society.’

It was great to welcome Prof. Paul Chatterton for the Sociology Seminar on Weds 27th February 2019. Paul was the cluster’s invited speaker this semester.

As well as being Professor of Urban Futures and Director of the Sustainable Cities Group at the University of Leeds, Paul is a writer, researcher and campaigner. He is co-founder and resident of the award-winning low impact housing co-operative Lilac and helped set up Leeds Community Homes to help promote community-led housing.

new book Unlocking Sustainable Cities and in the talk Paul presents a manifesto for real urban change. The book highlights how cities are locked into unsustainable and damaging practices, and how exciting new routes can be unlocked for real change. Across the world, city innovators are putting real sustainability into practice – from transforming abandoned public spaces and setting up community co-operatives, to rewilding urban nature and powering up civic energy.

The talk set out a number of proposals for immediate radical possibilities for more sustainable cities. A lively discussion afterwards explored the scope for change in a world of infrastructural lock-in and entrenched capitalist power and culture – and the ways in which in small ways as teachers and researchers we can contribute to a greener and more just future. 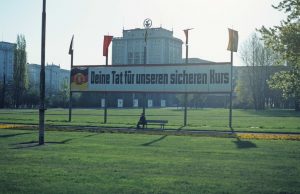 The cluster’s last meeting of 2018, which took place on 12th December, focused on the new research project “Knowing the Secret Police: Secrecy and Knowledge in East German Society”, which commenced in October 2018 and is led by Dr Anselma Gallinat (PI) in collaboration with Dr Joanne Sayner (NCL) and Prof Sara Jones (University of Birmingham) as CIs.

Anselma and Grit, one of the research assistants, explained the research project that entails three strands: Networks (1), Representations (2), and Memory (3). The first strand consists of four sub-studies into the religious, literary, political and social networks that East Germans shaped and transmitted knowledge about GDR’s state security (Stasi) in everyday life. These studies aim to collect data through oral history and life story interviews with East Germans as well as through archival work. The second strand focuses on representations of the Stasi through analysis of various texts written by East German lay authors (as knowledge) and autobiographies (as retrospective representation).  The last strand comprises various forms of public engagement with the ongoing memory work about the East German past, such as in a bilingual touring exhibition and in teaching materials for A-level students.

Anselma highlighted two main challenges that emerged from her pilot study, which she conducted in the past summer. Firstly, for interlocutors to recall everyday life, that is, episodic memory is a difficult task, since remembering works best in relation to its emotional impact – whether positive or negative – that often revolves around extraordinary events. Secondly, since the Stasi and its representation in public discourse and popular culture have also influenced and reshaped East Germans’ memory, how can a researcher account for these changes in the past thirty years? In a relaxed atmosphere – helped by hot drinks and mince pies – the participants discussed these two issues fruitfully and expressed their interest in hearing more about the research’s progress in the future. 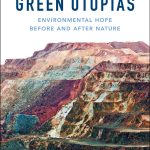 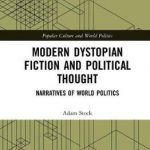 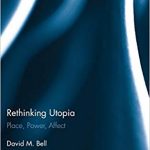 On Nov 21st please join us for a talk about contemporary utopian thought  4pm, ARMB.2.49.

The three speakers share a background in utopian studies and the conversation will  also explore issues in contemporary utopian theory, practice and politics.

One of the really interesting contributions to our Discover Society special issue is the piece by David Civil (Nottingham) exploring the history of Young’s concept in relation to mid-century histories of sociology and politics.

David is one of the team organising a discussion in Nottingham next week: Meritocracy in Perspective: The Rise of the Meritocracy Sixty Years On . The panel features Toby Young, Nick Timothy, Faiza Shaheen and Helen Goulden. Free event; register online.

Back in April colleagues in Imagining Pasts and Futures organised a one-day conference reflecting on the idea of meritocracy 60 years after Michael Young published the book that put the term into wide circulation. With guest speakers Jo Littler, Nicola Ingram and Daniel Smith we explored meritocracy as ideology and discourse; merit as a social quality and value; the concept of meritocracy in relation to education, policy and work; the history of the idea in sociology and politics; and the kinds of futures that the idea of meritocracy does and does not make imaginable.

Discussions at the event were stimulating, interesting – and sometimes challenging.

We are delighted to announce that one outcome of that event is a special issue of the online journal Discover Society. It was a pleasure working with colleagues from Newcastle (Geoff Payne, Ruth Graham, Anselma Gallinat and Angus McVittie – well done Angus on a first publication! – and Lisa Garforth in Sociology; Samantha Shields in ECLS; and an honorary shout to Kirsty Morrin, UG at Newcastle not that many years ago and now lecturing at Liverpool) and beyond to produce this wide-ranging, critical, reflective and above all readable set of short articles. We encourage you to read and enjoy!

Thanks to the BSA Sociology of Education Study Group for helping us with the April event.

Welcome to the blog of the research cluster Imagining Pasts and Futures, which is based in sociology at Newcastle University.

We started using this blog in the autumn of 2018. Blogs on  events and activities prior to this time are reproduced below in partial format – we have copied them from their original home here Pasts & Futures Reads on wordpress.