Following on from Andrea’s use-wear analyses on Bronze Age axes, a new experiment is now on the go.  Josh Desrosier, a Newcastle University student, has been working alongside  Andrea to  test out a number of replica bronze axes.  While it may look like we were having a pleasant day  out in the woods chopping down a few trees (which we were!) there were some significant aims to the whole exercise.

An early Bronze Age flat axe, a mid Bronze Age palstave and a late Bronze Age socketed axe were cast and hafted by bronze smith Neil Burridge.  These axes were  based on British prototypes and then used by Josh and Andrea  in a series of controlled field tests that involved felling and sectioning birch trees  on National Trust property near Wallington in Northumberland.

The experiments were designed to find out

2) whether any of the  axes displayed different wear traces during the experiment.

While we’re still waiting for the official results of the tests, some  effects became clear immediately.  Firstly, a Bronze Age axe in the hands of a fit and healthy individual is a very efficient tool.  Josh had some tree felling experience  and so knew  good techniques, but even so the speed that a tree could be felled and sectioned was impressive.  Secondly, we noticed that even after felling four trees, the cutting blade had only blunted slightly- certainly not enough to warrant re-sharpening.  But on close inspection of the cutting edge at the end of the day we could see the beginnings of small nicks forming and the tell tale scratch marks that have indicated heavy use on so many of our real Bronze Age axes.

Experimental and reconstructive archaeology is not only a lot of fun, it can help answer long standing questions.  And after all, why bother getting involved in endless academic debates when a day out in the woods might yield some answers!

For more info about the experiment, see Josh’s blog: 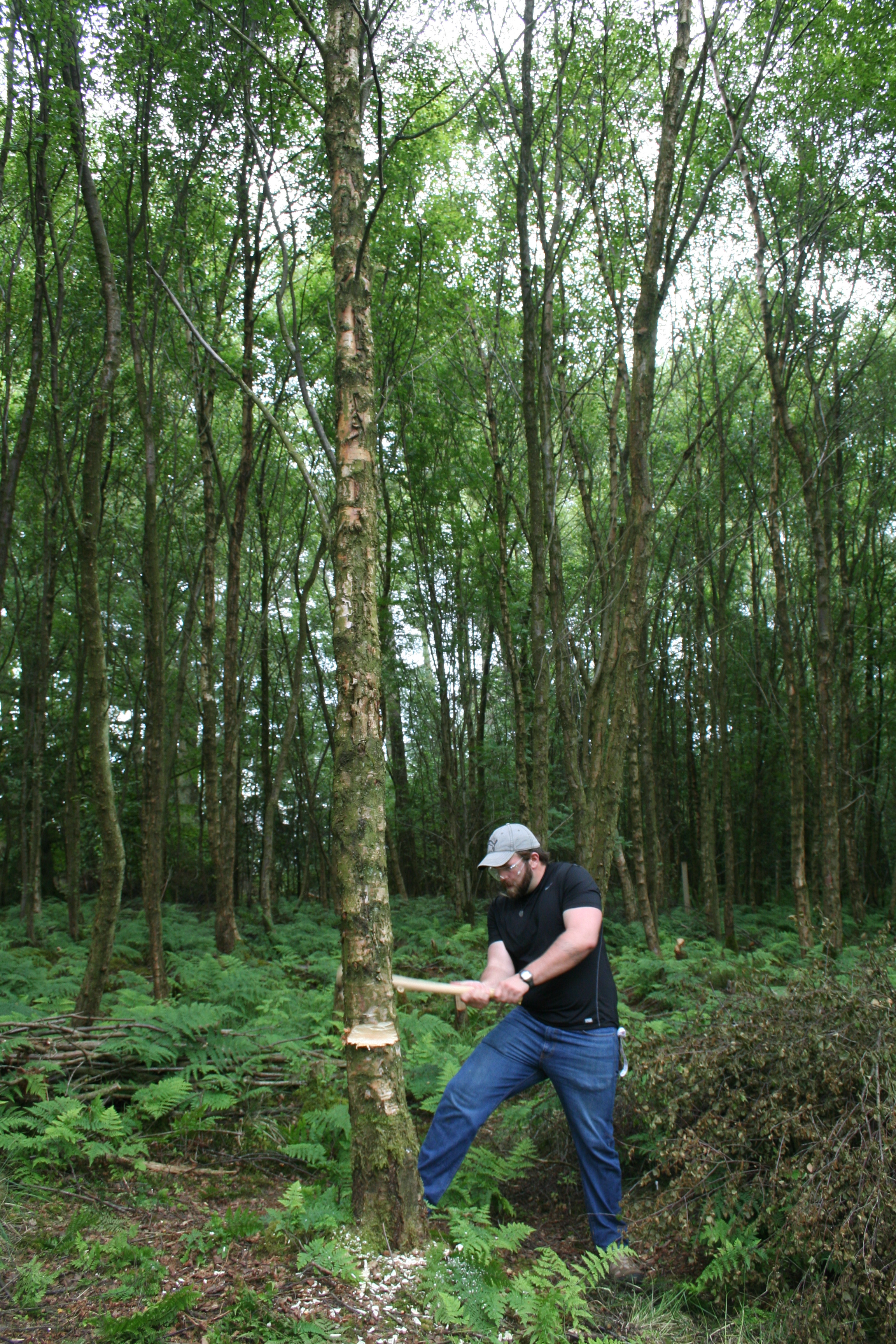 Josh starting on a tree 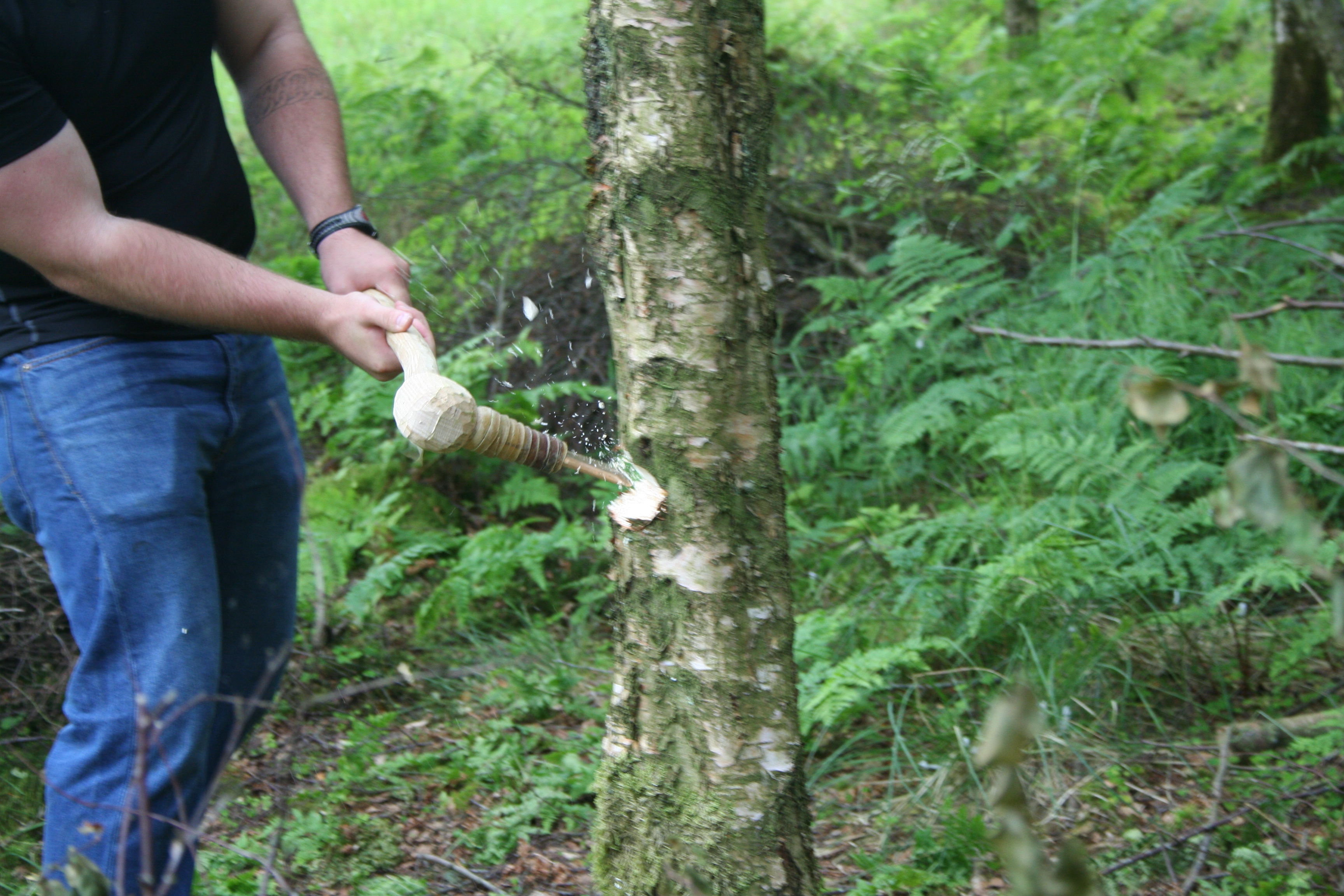 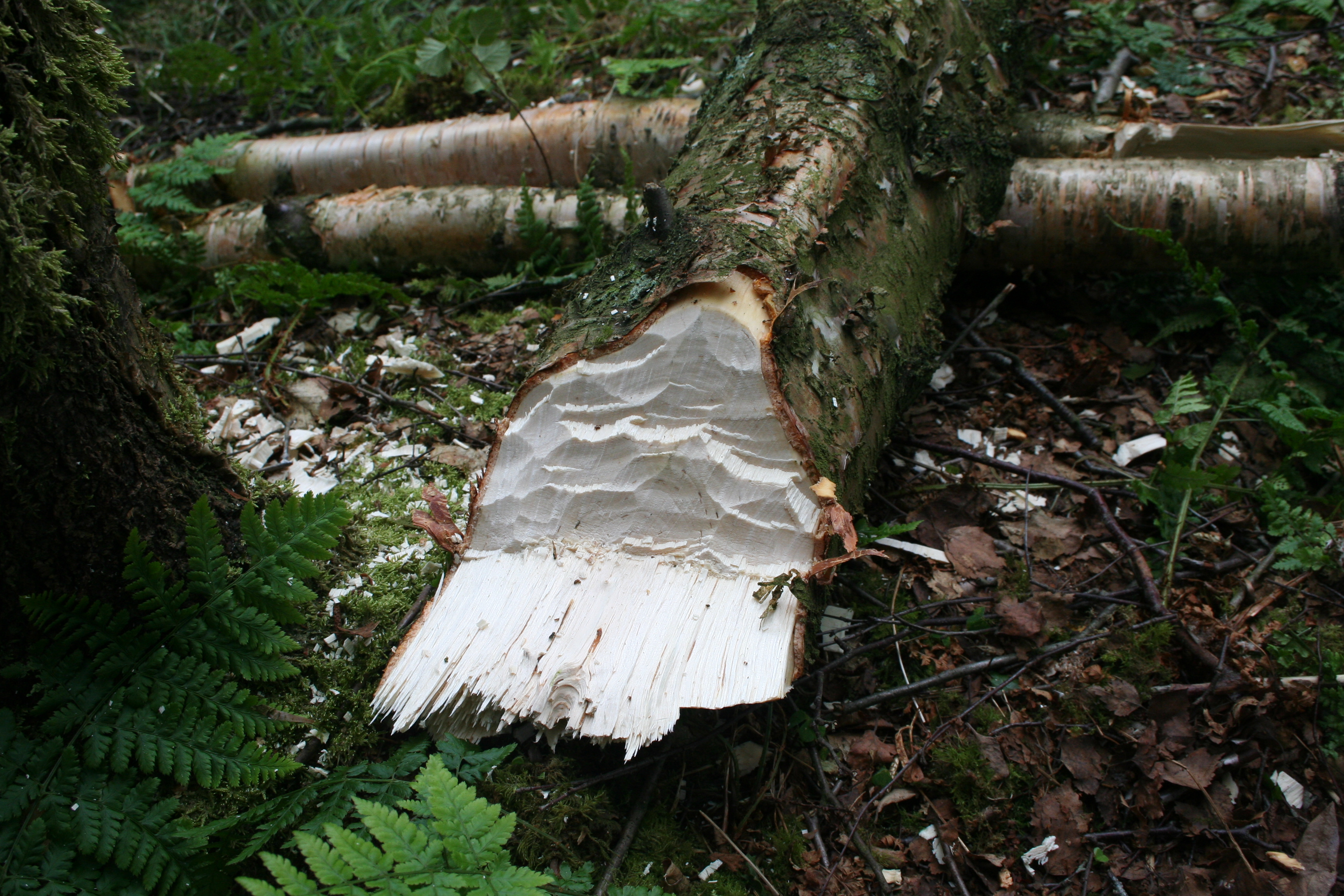 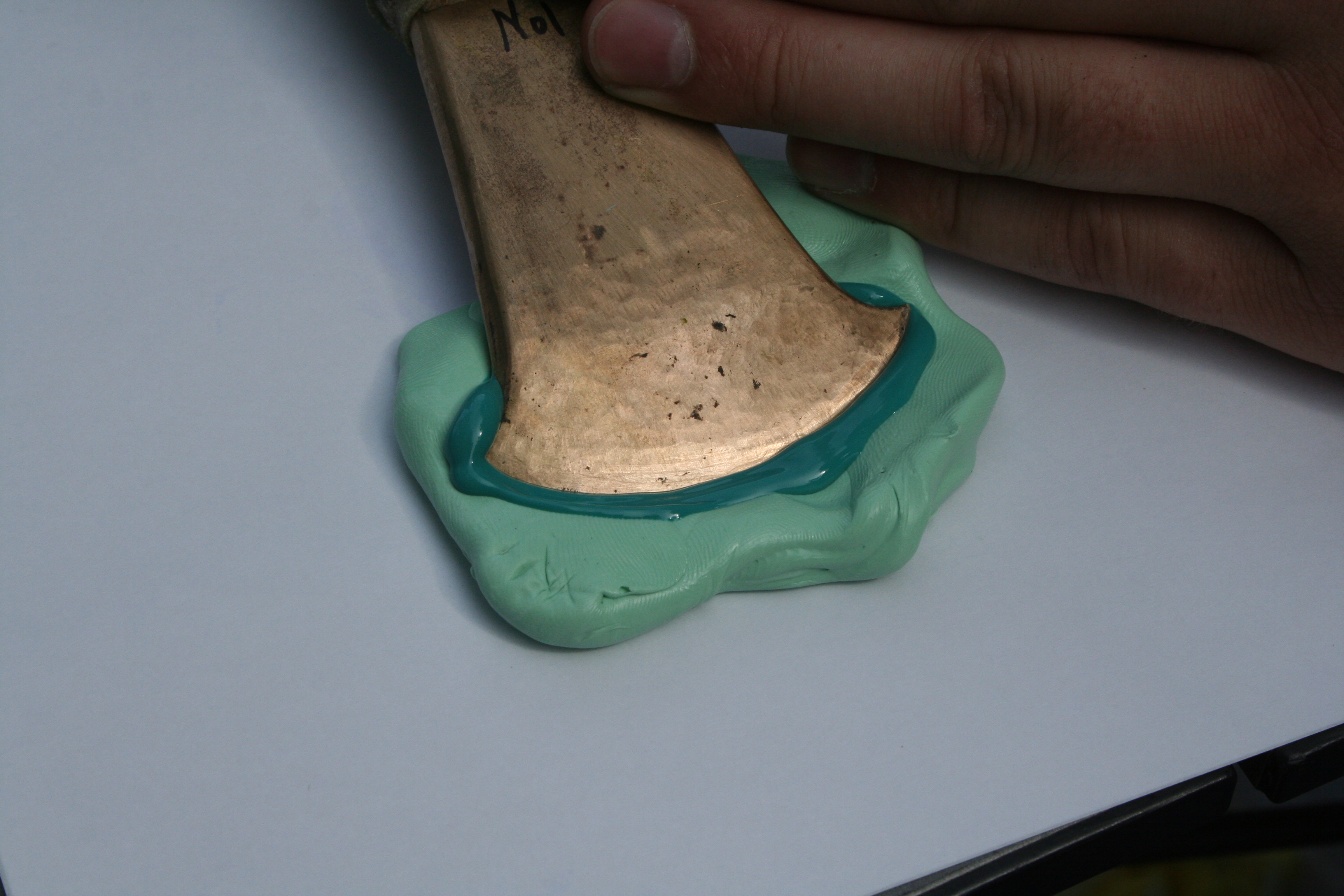 Taking a cast of the blade. The putty is fine enough to show use wear marks.

2 thoughts on “The Bronze Age returns to Northumberland”