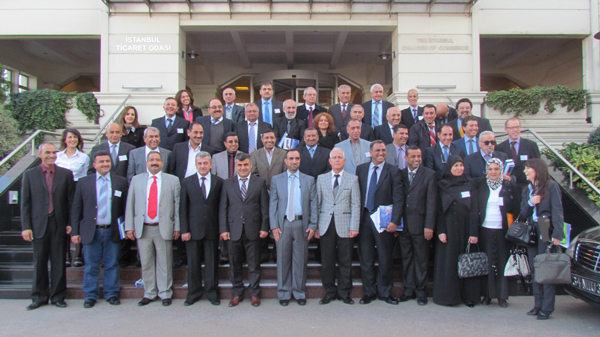 Getting local economies back on their feet following conflict is no easy or straightforward task. The United Nations International Labour Organisation (UN-ILO) Programme on Crisis, Response and Reconstruction has been actively involved in post-conflict states internationally. Critical has been its establishment of an integrated approach to local economic recovery and development. The framework uses what the ILO describe as ‘one programme on three concurrent tracks’ to work through the phases of peace negotiation, stabilization, reintegration and transition towards the ultimate aim of sustainable employment creation and the ILO’s particular vision of ‘Decent Work’ (Figure 1). 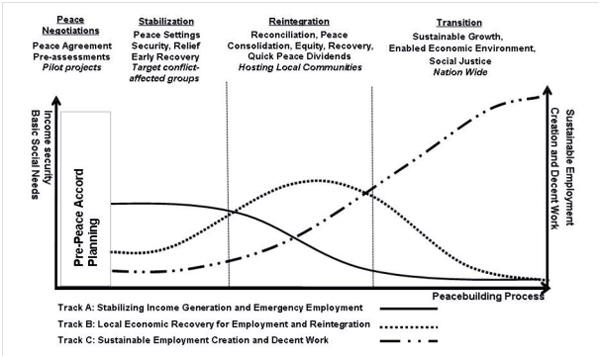 As part of this programme, CURDS has been contributing to the ILO’s work in developing guidelines to advise regional administrations in local economic recovery and development in Iraq and assessing the experiences of the pilot areas. The provinces and regions of Iraq are engaged in the task of recovering local economic development following the conflict in the 2000s. Several key issues have emerged from this research: