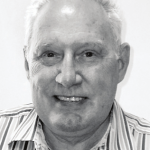 Under the rubric workplace regulation, employment and State, 58 practitioners in the world of work ranging from academic professors to swarfega’d trade union officials, met to explore the changing dynamics of workplace regulations in the context of declining collective regulation and shifts towards individualistic HRM. The role of trade unionism, in supporting and resisting regulation, quest for mutual gains and the suitability of the proposition to (re)theorise rise employment relations and HM practices to account for the impact of supranational level regulations, as well as a reconfiguration of ‘rules’ at the national level. Heavy biscuits indeed!

But the good news is that this melange of participants opened up deep discussions about real issues about real people in the workplace.

Ringmastered by the urbane Paul Stewart, the morning session looked at performance management, from the vantage point of Prof Phil Taylor of theUniversity of Strathclyde. In terms of his own performance this was a ‘tour de force’ in which he concentrated on the “not so new” workplace tyranny. Phil’s PowerPoint and his handouts were with clear and convincing. So much so on my return to London I circulated them to the appropriate people in my own organisation and to a  tranche of  researchers in the fields of industrial relations and employee relations. With 15% of the participants from trade unions, we clearly appreciated Phil’s research and his apposite analyses. Simply, it struck a chord with the realities of collective-bargaining in whole swathes of the workforce in modern Britain.
From the anodyne world of human resources to the impact of hundreds of systems creating workplace bullying on an industrial scale. Essentially Phil’s analysis is that this is a seismic moment not simply a time of the business cycle but by redrawing of the new political economic landscape in the recasting of employee relations. This was in concert with the political and legislative onslaught on workers rights and the managerial offensive in the workplace. Concentrating on three integrated elements of the offensive,Phil highlighted performance management, lean working and sickness absence management. Phil concluded that there had been convergence with white collar workers and manual workers and technical workers and professionals. Bluntly, he exposed the meretricious nature of HRM as had been recently practised. Reassuringly Phil’s conclusion was based on the reality of daily events and practices in the workplace that performance management isn’t benign but sinister. A concrete target was the use of the Bell Curve “rank and yank” -which was to be rejected in principle and practice. And his prescriptions were spot on, concrete and achievable. This was a bravura performance by the speaker which was a brilliant springboard into the rest of the day’s activities.

Dr Nathan Lillie of the University of Jyvaskyla in Finland, focussed on “Homo Economicus”
The ideal new European Union Citizen is a mobile worker reacting to the changing contours of the labour market. By constructing an unregulated market this essentially legitimises this market as” normal” this epitomises the evident myth of Homo Economicus as “people have the right NOT to have rights” Nathan was of the view that posted work was a red herring and an invasion of regulation via territorial sovereignty. In his view citizenship in a  liberal market confirms rights and belongings and enables market behaviours. Difficulties occur when “home” country practices are introduced for migrant Labour and  this results in trade union rights being diminished and social isolation of the workers from abroad. The example of the apartheid regime and the two-tier legal system  created an even more segmented labour market. That’s why there was always a call for class solidarity and perhaps that is a reflection of the apartheid in  China today with the divisions between rural workers and their city equivalents. Nathan gave an instance of the Finnish construction union where there was an example of solidarity action on behalf of migrant workers

From the University of Manchester, Prof Miguel Martinez Lucio, looked at the management practices, new forms of management,management intervention and Regulation . Miguel labelled this is the stirring of the dark side in organisational behavioural HRM, with the firm in the frame.  Trade unions, he argued, need to focus on the firm and the issue of decentralisation in industrial relations. The tripartism of the state had been transferred into the firm and the new forms of collectivism had been determined by the firm.  Miguel stated “the new management becomes a new revised actor. Business schools become cathedrals of management.” The state doesn’t disappear but supports business and assists the firm. This is the politics of FDI and inward investment, with the facilitative state creating a new regime of control, marginalising trade unions. Underscoring this was the fact that every government since 1980 when theyhad put employment rights on the statute book; these were invariably individual rights and NEVER collective rights. With New Labour came the sponsorship of business unionism, and  partnership with the state colonising spaces or even pulling out of the real dialogue. This period of 1997 to 2010 then witnessed “participation”being pushed out by performance management. Perspicaciously Miguel heralding the view that because of these processes,collective bargaining and oppositional  “memories” had been lost. This struck a particular resonance with me  in that this was exactly tthe phenomenon which had been belatedly acknowledged in the aftermath of the social contract in the 1970s. And again there was the  bitter experience evidenced in the Fire Brigade union strike recently. Bluntly some trade unions (through no fault of their own) had been gullagged into a false sense of security and in going through the Social Contract and partnership model, had lost the art of being able to collectively bargain, neither having retained the skills nor the ideological base to win their justified arguments.

The role of ideology and language oxygenated the move from the cumulative state to the regulatory state,to the ideological state, onto to the coercisive state. The state according to Miguel was now caught in a double movement. With the state in the 1950s and the 1960s being a good example of a good employer,this impacted directly on private employers with decent frameworks in place. Now there is an incapacity of the state -a dysfunctionality. Collectivism is a terrain of struggle.Miguel invited the audience to consider if there was a crisis of management in  the firm .The difference between “employers and managers” is increasingly important. This was a theme picked by a good number of participants with companies being owned by faceless people , equity trusts,etc and managed by utterly separate managers. INEOS at Grangemouth would be such an example.
With the state redefining its role as a deliberate strategy does that mean everything is moving towards quantification. It’s interesting in the role of manager that few people now want to be a head teacher. Perhaps, Miguel argued, there was a need to research managerial work in the context of its participative forms. Most practitioners don’t want to talk about regulation yet regulation is omnipresent albeit indirectly. Concluding that the state is being restructured creates “a space” which has to be taken up.In Miguel’s view UNITE the union was attempting to fill this current void.
Moreover Miguel argued that inevitably, with the privatisation of the consultancy state and the reality of boom and bust, the state has to “pick up all the debts”. The costs of stress, neo-liberalism, new management practice,s riots and redundancies -it is always  always the state which is left with the tab – and the cost to the  public purse is enormous.

The afternoon session was kicked off by Brian Garvey from the University of Strathclyde who argued that all the discussions need to be looked at the context of globalisation and Orwellian scenario of sustainable development. Brian looked at ethanol as a fuel and the agritoxins such as methaneHe asked “what are the systematic externalities of this production.?”

The Plenary Session was a discussion chaired by Stewart Johnstone.There were a number of questions about “soft regulation”,” new government”and the role of New Labour’s proactive( but weak intervention) clearly body swerving collective-bargaining and going for our “educative” partnership approach. If there is a disconnected capitalism, is there disconnected Labour? A series of  question and answers surrounded  topics such as inequalities, the role of academics, Brussels, EU funding, the potential to exploit the enormous resources which exists within workplaces often through Trade Unionists about initiatives on the learning agenda,for example, on Science Policy where hundreds of thousands of trade union members were qualified practising and informed scientists and should have a view collectively.A fiiting end to a demanding day!

This is my first blog and therefore a wee bit hesitant about my own flavour on things. Nevertheless this was a belting event,with a very wide range of participants who never really got the chance to mingle, chat and network, so intensive was the programme. I was very pleasantly surprised and impressed by the contributors .

I believe that analogy is the mark of a second-rate mind so here’s an analogy. This ESRC seminar series is the space where there is a genuine and needed debate informed by top-class academic research and experienced  practitioners in the regulation of work and employment. Newcastle and Strathclyde were both eye-openers for me and I’ve migrated lots of the materials and ideas throughout my union with one and a half million members, 1300 employees and the UK Labour Party biggest affiliate and financial donor. And as an organisation we are not frightened to punch above our weight. So the pebble –  which is the seminar series – has already had a significant  RIPPLE effect.
On a lighter note, I thought that was merit in people meeting the night before  to explain what each was doing and how it may connect with our own activities. The dinner at Newcastle was a first-class opportunity which I appreciated. As a “Glesca Keelie” myself, I was anxious that those who visited the city from the first time  had the opportunity to do you a wee bit of exploring the City. Taking them to some of Glasgow’s famous watering holes was easy, getting them out proved impossible. And therefor the delights of Glasgow Cathedral and the Glasgow School of Art with its different CRM were not witnessed.
All in all, a very valuable and satisfactory experience for myself and colleagues whom I had dragooned to Strathclyde. Of course I accepted all the plaudits from them as they too really appreciated the lectures, debates and discussions.