One of the main benefits of upgrading Grouper last year was the introduction of “real-time” provisioning of groups and memberships into AD. Previously, AD syncing had occurred four times a day which was good enough for most scenarios but not perfect for everyone.

Since upgrading, the Grouper PSP technology, which handles “real-time” AD provisioning, has coped nicely with everything that’s been thrown at it (averaging around 50,000 changes per month). This chart, showing monthly group membership changes by stem, gives an indication of what it’s handled from March to August 2016. You can see it was busy in August and there’s a peak in April. 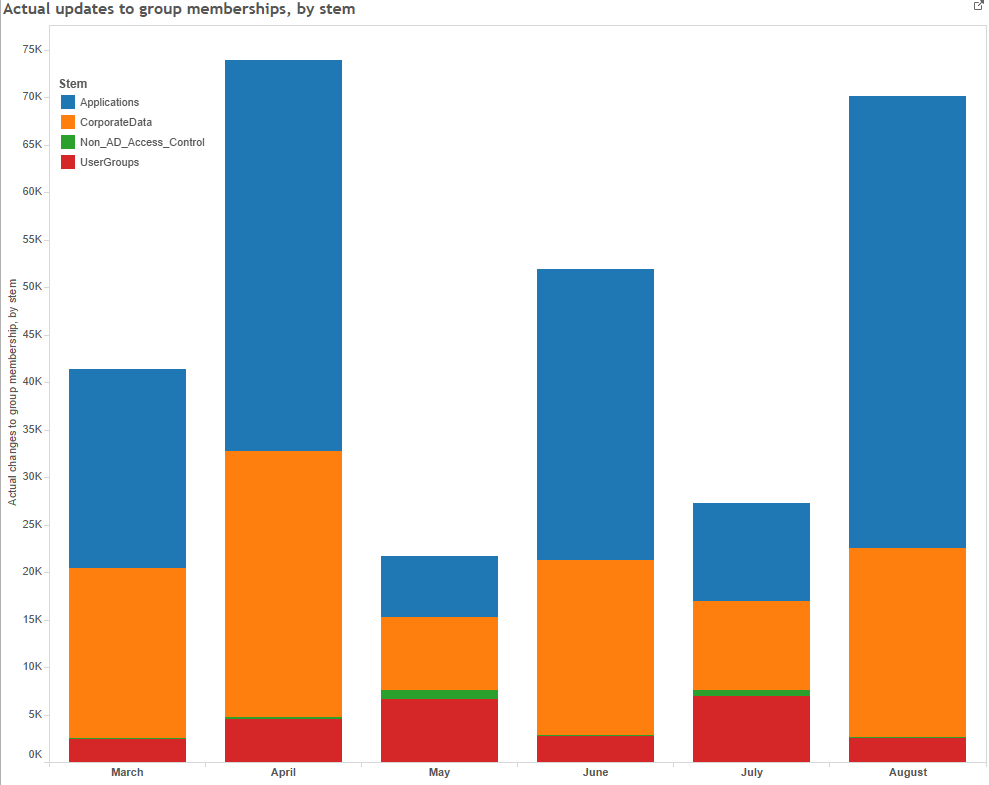 Chart showing monthly updates to Grouper groups, by stem, from March to August 2016

It had coped nicely, that is, until the end of the academic year. Now, if we add September 2016 into the chart, it provides a nice visualisation of why PSP has been suffering for the last fortnight. 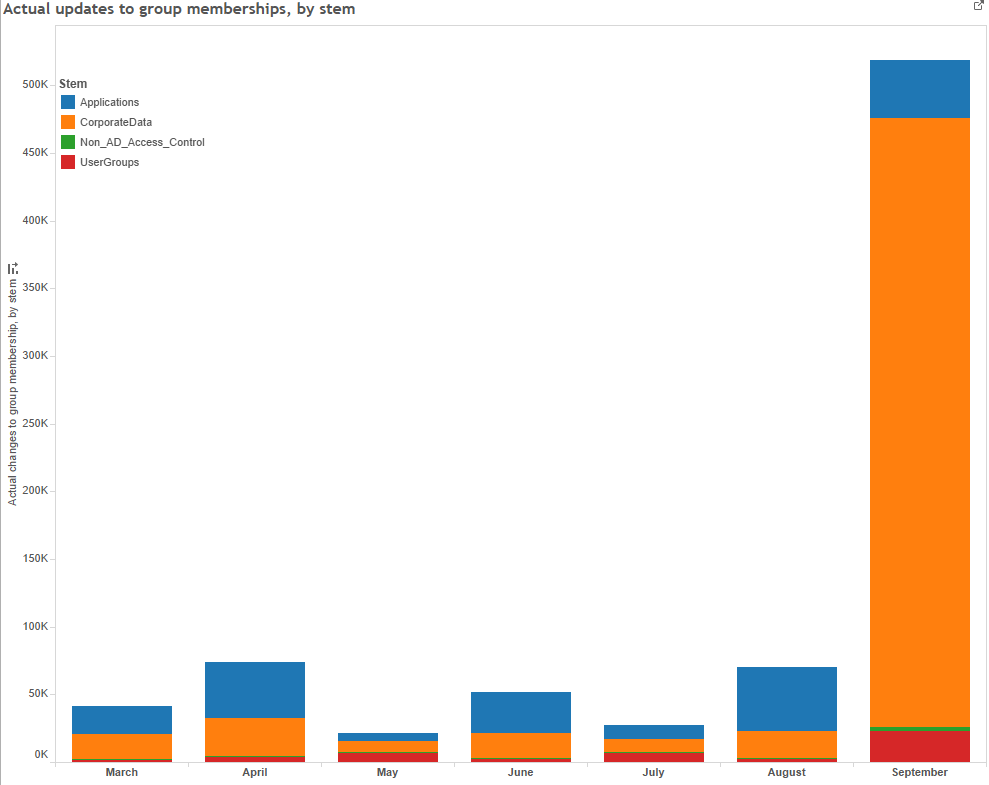 Chart showing monthly updates to Grouper groups, by stem, from March to September 2016

So, since 1st September we’ve not had any “real-time” provisionsing and the situation has been far worse than it was prior to our upgrade last year, with some changes having to wait well over a week before being reflected in AD. We’ve offered some workarounds to alleviate the impact of the most urgent cases but this service failure still weighs heavily upon me.

As I write this, I’m hopeful that the provisioning service will finally catch up with itself overnight tonight and we’ll return to the happy state of “real-time” provisioning tomorrow.

So, whilst I’m quite content that PSP can cope with our needs for the majority of the year, the service since the start of September has not been satisfactory. We’ve now started making the necessary plans to replace PSP so that we won’t have to suffer like this again next year.