A few years back we surveyed the enormous field known as Hungerford (where our excavations were located this year). Being gluttons for punishment our friends in SSARG have recently returned to Lufton to survey another much smaller field known as 2nd Hungerford.

2nd Hungerford is really interesting because it’s immediately east of the villa. In fact it’s between the villa and the Roman road that runs from Ilchester to Dorchester. This is an area of interest because way back in 1977 Mick Aston (before his Time Team fame) thought he’d spotted what might be a Roman road linking the villa to the Ilchester-Dorchester road. Our earlier surveys detected no sign of this road so we hoped further info might be forthcoming from the survey of 2nd Hungerford.

After a lot of effort the survey of 2nd Hungerford has been a bit disappointing. We’ve found little evidence of past activity and no clear evidence of a road line. Most Roman roads were flanked by two drainage ditches, which we should detect in our geophysics. So the mystery or Mick’s road remains a mystery… 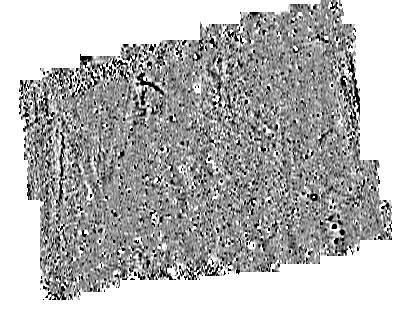 Meanwhile James and Andy are still writing grant applications and pondering over the recent sharing of open LiDAR data by the Environment Agency.