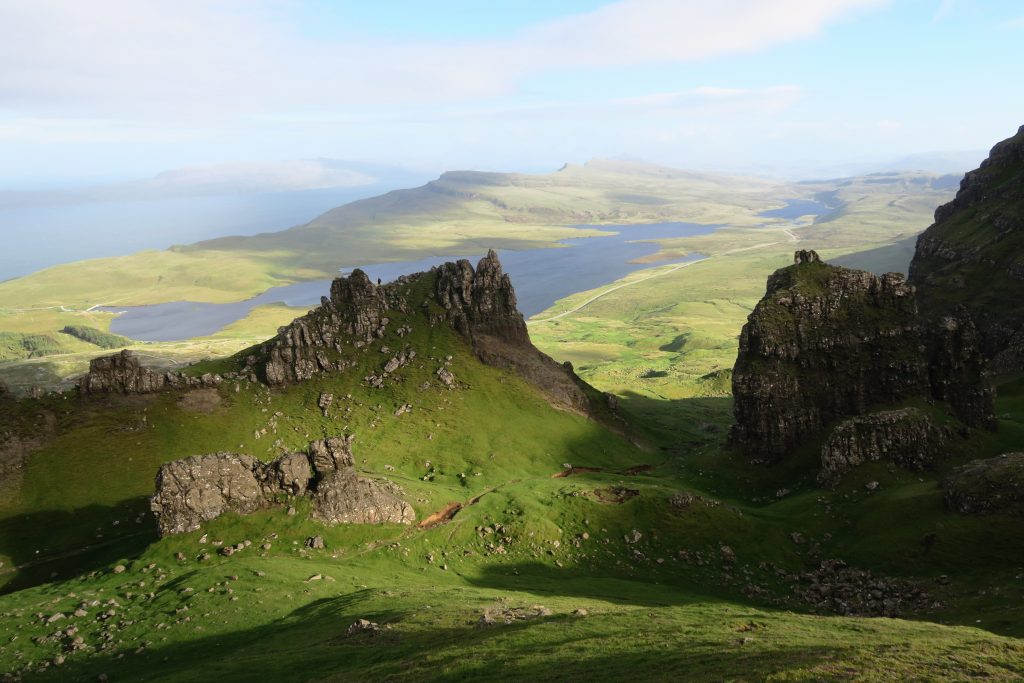 What does successful, community-led rural development look like in the globalised, networked world of the 21st Century? This question faces rural communities and governments I meet around the world and I often respond with the suggestion that they look to learn from Scotland.

In the 1960s, in the early days of the Highlands & Islands Development Board (HIDB), the model of growth centres was in vogue – an aluminium smelter here, a pulp mill or a nuclear power station there, all part of a plan devised and imposed top-down. The strategy failed, largely because control lay far away, with too little input from those who lived in and knew these areas. Later, as a reaction to such failures, this was superseded in many countries by a model of “bottom-up” rural development (development from within), based on local assets, local knowledge and local action. The EU LEADER programme was seen as emblematic of such an approach, and this was more successful. However there were a number of issues even with the “bottom-up” approach.

One issue was that it proved hard to find examples of truly bottom-up development: usually initiatives, even if locally led, relied on external funding or networks. LEADER areas and groups, for example, were selected and approved by governments and disbursed EU funding according to EU budgetary rules and strategies in Brussels-approved business plans. Moreover they learned from one another through national and transnational networks, sharing external ideas and know-how.

Another problem was that inequality was built in, and in two respects. Localities whose capacity to act was greater, or where capacity had been built through earlier interventions, were better able to mobilise and capture further funding leading to a very uneven geography of development. And within localities it tended to be those already with capital and power who captured the lion’s share of the available funding – especially when these were in the form of capital grants. Then, as the world moved into an era of neoliberalism and rolling back of the state, it was all too easy for bottom-up development models to become ‘self-help’ remedies which allowed the state to withdraw.

Taking these issues on board, and also reflecting the transition to the ‘network society’ of the 21st Century, a more helpful model is now that of “networked rural development.” In this approach, place-based strategies are led by local people but are acknowledged to involve external partners too. Moreover this approach draws not only on local assets and local knowledge but also makes use of external assets and knowledge to augment what is available locally. Most notably this recognises the necessary contribution of an enabling state (rather than an absent state leaving it to self-help), as well as the contributions of links with other rural communities, activists and researchers.

Scotland already exemplifies this approach. Take community land ownership, as one example, led and controlled by local communities of place, but helped and enabled by the state through land reform legislation, a community land fund and the community land unit, as well as activists and supporters with useful skills and contacts, and of course the mutual support and shared learning now offered through Community Land Scotland. 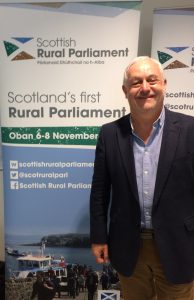 The Scottish Rural Parliament also exemplifies this approach. The idea came through learning from the experience of other countries (notably Sweden), facilitated by externally-funded studies and disseminated through various networks. Now the SRP functions at one level as a means for the people of rural Scotland to collectively articulate and present their manifesto to government and other authorities, calling for the state to play its part in enabling a better future for all parts of rural Scotland. At the same time, the SRP is a network for sharing and celebrating ideas and experience, which local people can then take back to their own communities to consider and to weave into their own strategies and actions.

Around the world many people in rural areas are interested in these ideas and Scottish experiences of networked rural development, and they draw strength and inspiration from them. But this is more than bottom-up rural development or self-help. A successful approach requires an enabling state, not an absent state leaving each community to sink or swim in a neoliberal world which would inevitably lead to widening inequalities and a two-speed countryside. Scotland is fortunate in having had successive governments which recognise that they must play their part. In addition this approach requires rural communities to think not only of the assets and knowledge within their locality and of building their capacity to mobilise for action; they must also consider their network resources, and how these can be used to draw in assets and knowledge from elsewhere and from one another as they seek to thrive in the networked world on the 21st Century.

These lessons are especially important during the turbulent times ahead. In fashioning future rural policies outside the EU, both farming interests and environmental interests have powerful and effective lobbying capabilities which could easily crowd out rural development and rural community interests – along with many of the elements of the rural manifesto just agreed by the Scottish Rural Parliament. It is vital that the rural communities’ voices are also heard and that post-Brexit policies are informed by these lessons from Scottish experiences of rural development.

Professor Mark Shucksmith OBE is Director of the Newcastle University Institute for Social Renewal. He was formerly Co-Director of the Arkleton Centre for Rural Development Research at Aberdeen University. The ideas in this blog are elaborated in his report for the Carnegie UK Trust, Future Directions in Rural Development. http://www.carnegieuktrust.org.uk/publications/future-directions-in-rural-development-full-report/

You can also watch a video recording of Mark’s speech at the Scottish Rural Parliament.