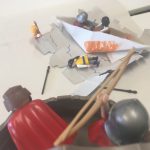 Some examples from recent years of the new strategies I’ve been working on in some of my modules to help students to visualise what the authors of classical literature wanted their audience/readers to ‘see’.  Some of these are pictures/’shots’ created by students in class sessions, some of them my own illustrations!

“When the cock started crowing just after bedtime, he claimed it had been bribed by the magistrates, awaiting their audit, to wake him up too late.” (Aristophanes, Wasps 100–2) 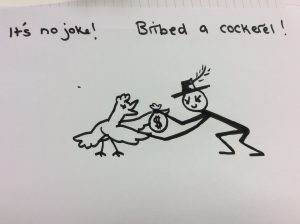 Thucydides 7.70.6: “In many quarters also it happened, by reason of the narrow room, that a vessel was charging an enemy on one side and being charged herself on another, and that two, or sometimes more ships had perforce got entangled round one, obliging the helmsmen to attend to defence here, offence there, not to one thing at once, but to many on all sides; while the huge din caused by the number of ships crashing together not only spread terror, but made the orders of the boatswains inaudible.” (trans. from perseus.tufts.edu) 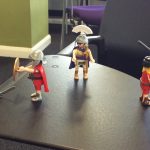 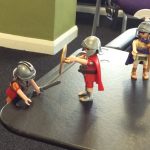 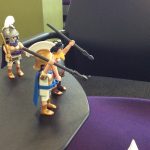 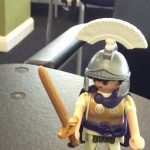 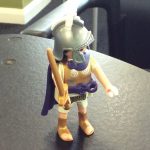 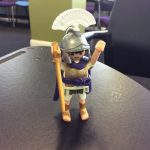 Read through the passage, noting indications in the text as to details of pictures that the audience is being invited to ‘see’ inside their head, including indications of what is ‘heard’ as well as what is seen.

Pay particular attention to ‘perspective’: close-up/long shot; are we being invited to see the scene from the point of view of a particular person/group in the narrative? whose? where is the attention being focused on in the image created? where do we shift from one view/picture to another, and how quickly? etc..

Focus on the two following sections of the passage. Choose one of the two to concentrate on in the first instance.

To help, you can draw images based on a particular sentence, or ‘act out’ part of the scene!

For reflection: What specific effects and impact do you think were created by the precise pictures which you envisaged on the basis of the text? (For this, bear in mind also the context of this battle and its place in the ‘story’ which Thucydides is telling.) By what precise means, and in what precise ways, might these add to the emotional impact and vividness of the narrative, and/or to themes, ideas etc.? 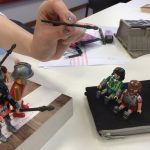 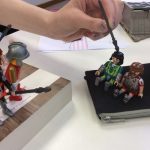 So long as a vessel was coming up to the charge the men on the decks rained darts and arrows and stones upon her; ; but once alongside, the heavy infantry tried to board each other’s vessel, fighting hand to hand.” (7.70.5) 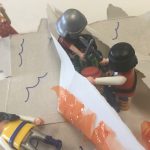 “Meanwhile the two armies on shore, while victory hung in the balance, were a prey to the most agonizing and conflicting emotions […] the Athenians’ fear for the event was like nothing they had ever felt; while their view of the struggle was necessarily as checkered as 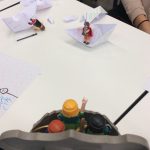 the battle itself. [3] Close to the scene of action and not all looking at the same point at once, some saw their friends victorious and took courage, and fell to calling upon heaven not to deprive them of salvation, while others who had their

eyes turned upon the losers, wailed and cried aloud, and, although spectators, were more overcome than the actual combatants. […] In short, in that one Athenian army as long as the sea-fight remained doubtful there was every sound to be heard at once, shrieks, cheers, ‘We win,’ ‘We lose,’ and all the other manifold exclamations that a great host would necessarily utter in great peril” (7.71.1–4)

“until at last the Syracusans and their allies, after the battle had lasted a long while, put the Athenians to flight, and with much shouting and cheering chased them in open rout to the shore. [6] The naval force, one one way, one another, as 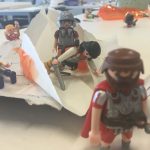 many as were not taken afloat, now ran ashore and rushed from on board their ships to their camp” (7.71.5–6) 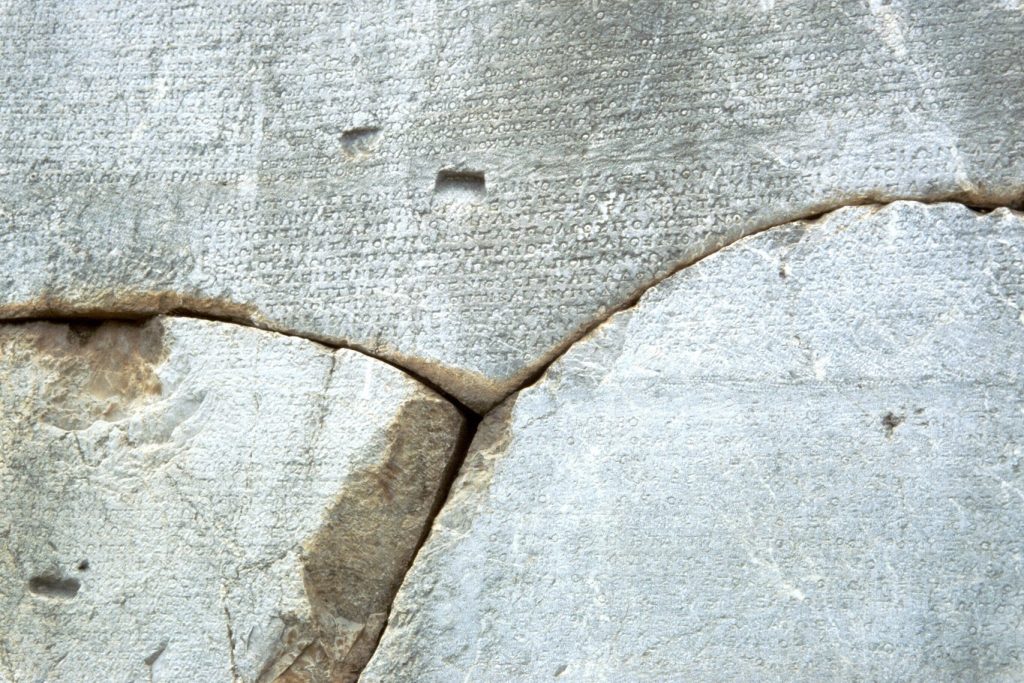 This post contains links to a few examples of the ‘Greek in Action’ approach.

Week 1: Introduction to the Greek alphabet: Marmor Parium and other inscriptions 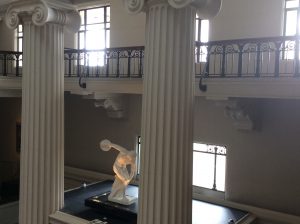 Visiting my sister and family in Auckland, New Zealand over the summer, I was interested to note how far afield classical influence has spread!  The imitation of classical architecture in the entrance hall of Auckland War Memorial Museum ties in nicely with my current research and ‘Impact’ project at Beldsay Hall, Northumberland, in co-operation with English Heritage. 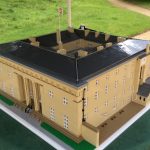 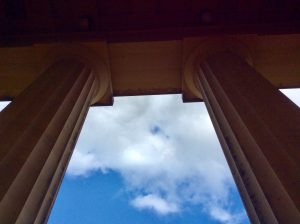 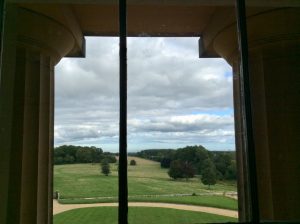