(This article was originally published by the International Network for Critical Gerontology; republished here with their kind permission)

As we get old, unless we have the glow of money about us, we gradually become invisible.  This is nowhere more the case than in transport policy and planning.

Throughout the Anglo-American world, pedestrians and public transport users of any age are second-class citizens.  Cars and those who can afford to own and run them rule, often with substantial public subsidy for the fossil fuels they consume, and sometimes more direct subsidies as well.  (Good green Germany, for example, subsidized each company car to the tune of 2,500 euros per year a few years ago.)  In much of the low- and middle-income world, the situation is even worse, with motorways and high-speed commuter lines claiming scarce resources that could serve the mobility needs of the disenfranchised majority.

For older people, the problems posed by this transport apartheid can be especially serious, because of reduced physical mobility (we can’t walk as fast as we used to); limitations on driving; and, often, the difficulty of running a car on a fixed income. 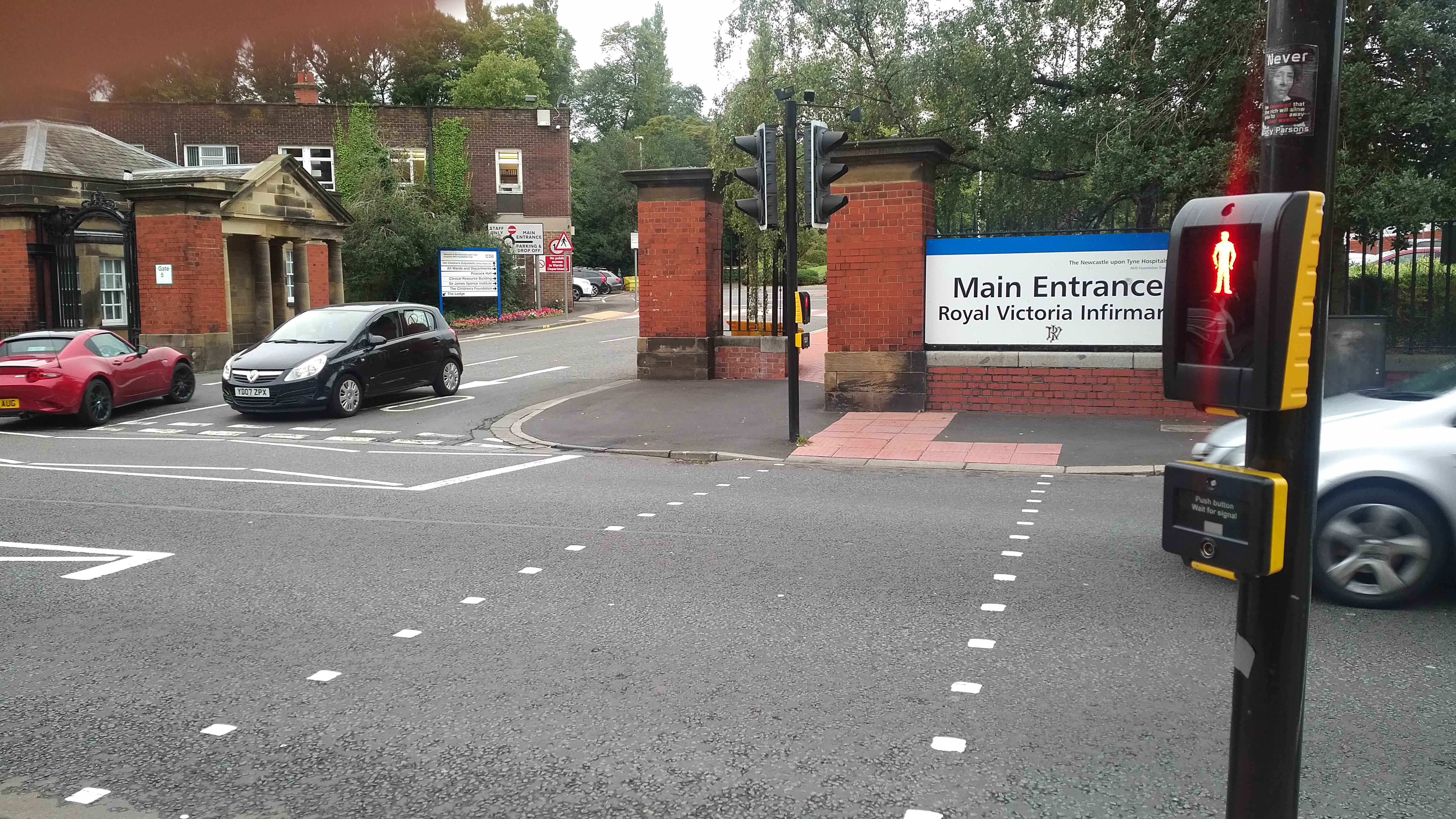 Here’s a simple example: crossing the street to Newcastle’s Royal Victoria Infirmary (above), where my office is located, the signal transitions from ‘walk’ to ‘wait’ after six seconds, and the overall length of the crossing time is 14 seconds – hardly enough for someone with reduced mobility, of any age, to cross safely.  The junction itself is thoroughly confusing, even for those of us who use it regularly.  Illustration 2 shows an especially hazardous traffic sewer in downtown Ottawa, Canada, where I lived and worked before moving to the United Kingdom.  Predictably, several pedestrian fatalities occurred within a few hundred metres of this location in the years before I left.  Many suburban junctions are even worse. 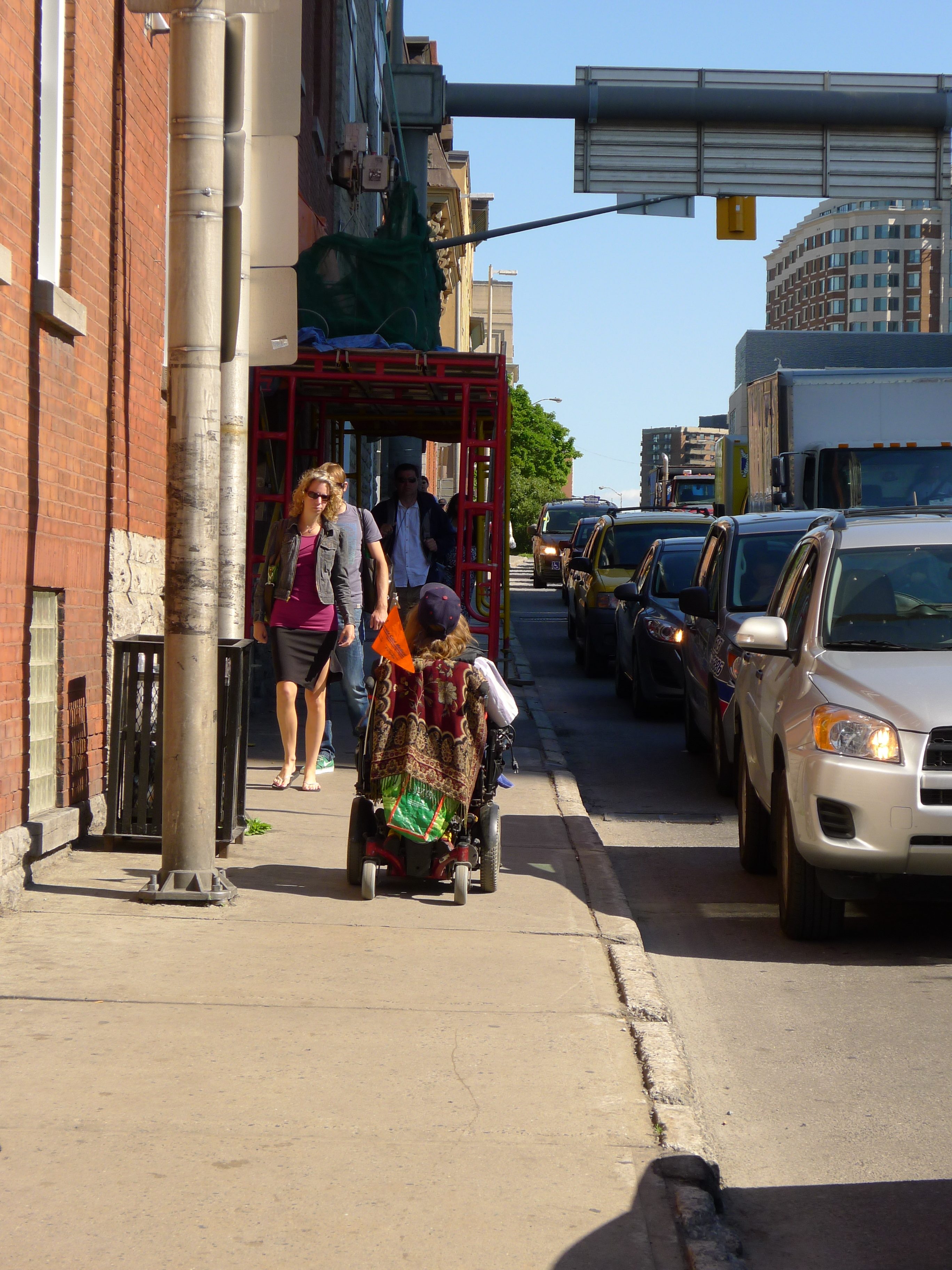 Like so many other determinants of health, the problems are socioeconomically patterned:  my former Ottawa colleague Theresa Grant has done splendid work on how high-income neighbourhoods are much more ‘walkable’.   Although her focus was on older people, the health and safety benefits accrue to every age group.

The situation is similarly grim for bus users.  US-owned Greyhound Lines recently cancelled all long-distance bus services in Canada’s western provinces, stranding a large number of rural residents and raising the question of why the provision of non-automotive mobility should be left exclusively to the private marketplace.  (Even asking the question is difficult in today’s climate of market fundamentalism.)  The isolation of rural residents without access to a car can be soul-destroying.  In the United Kingdom, several years of savage cuts to local authority budgets, which come largely from central government, have led to widespread reductions in subsidies for bus transport, higher fares, and the cancellation of many services.  Older residents of many local authority areas are eligible for free bus service, but this means little when the service isn’t there.  A bus no longer runs from the neighbourhood where I lived until December, 2018 to the local hospital.  For those who don’t drive, the options are taxis, finding a ride with a friend or neighbour, or a one-kilometre walk to a bus stand in the town centre. 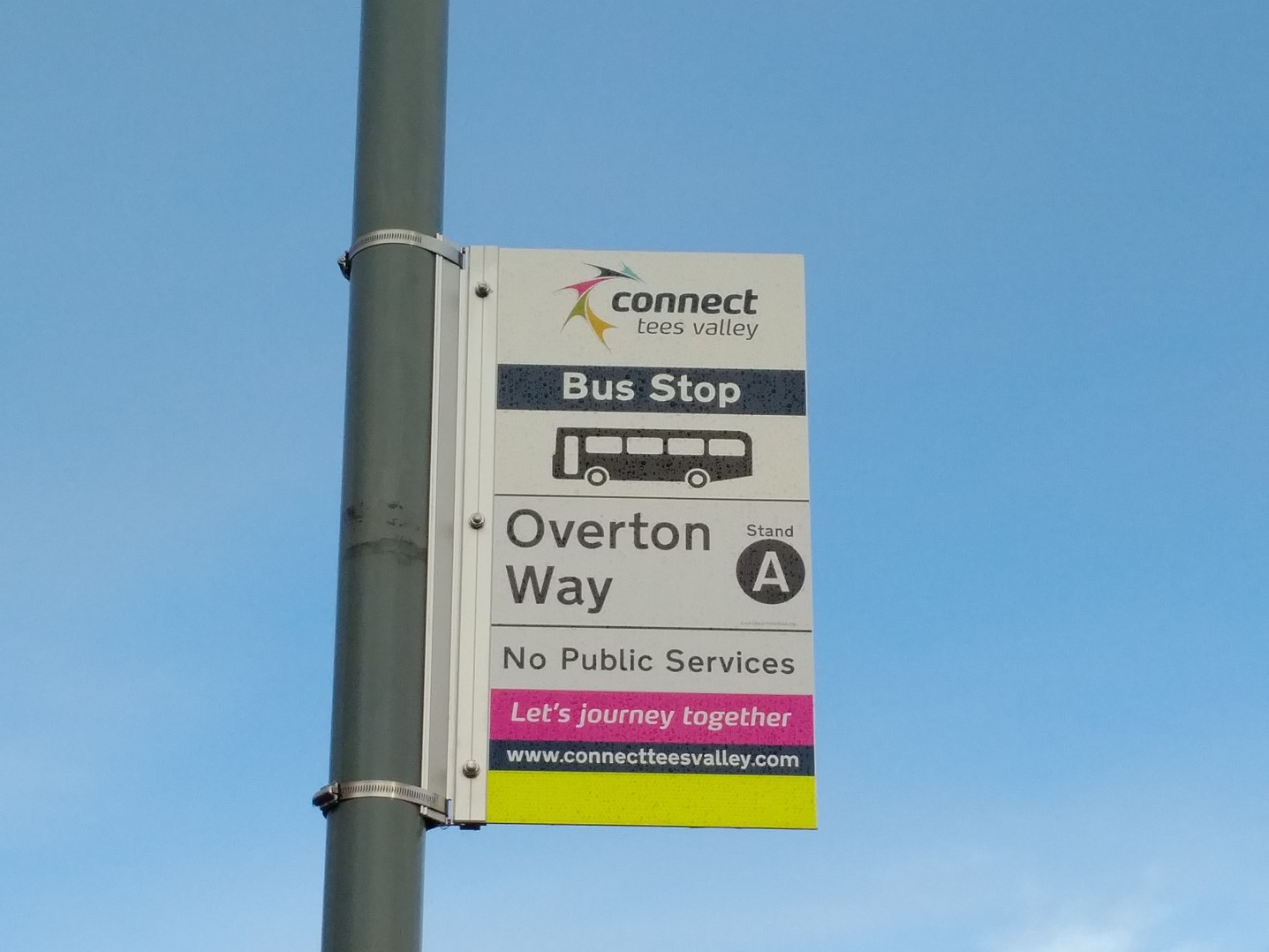 Some researchers have long recognized the problem.  Karen Lucas, of the University of Leeds, is perhaps the world’s leading authority on (and advocate for) inclusive transport; her work on ‘transport poverty’ and the need for inclusive transport policy is inspirational.  She writes with typical British understatement that: ‘What is still severely lacking in terms of progress in this research domain … is its transfer into policy and practice’.  If anything, policy and practice in many jurisdictions are moving in the opposite direction, probably reflecting growing inequality in the distribution of money and political influence.

An equity-oriented phase change (in physics, the transition between states of matter) is overdue.  Some short-term remedies are simple and inexpensive.  Pedestrian crossing times at junctions can be lengthened.  Zebra crossings (crosswalks) can be made more numerous, and better marked. Speed limits in residential areas can be reduced to 20 mph (32 km/h); this change has already been widely adopted in the United Kingdom, based on strong evidence for improvements in child safety).  Once enacted into law, prohibitions on blocking pedestrian crossings (see below), like pedestrian right of way in crosswalks, can be enforced using traffic cameras and automatic fines for vehicle owners.  Other remedies, like de-subsidizing fossil fuel and company cars and using road tolls to fund public transport, will take longer if they ever happen.  They will require fundamental reorientation of transport policy away from the convenience of drivers, and therefore be politically conflictual.  The challenges are formidable, to say the least, but population aging could make for a more receptive audience. 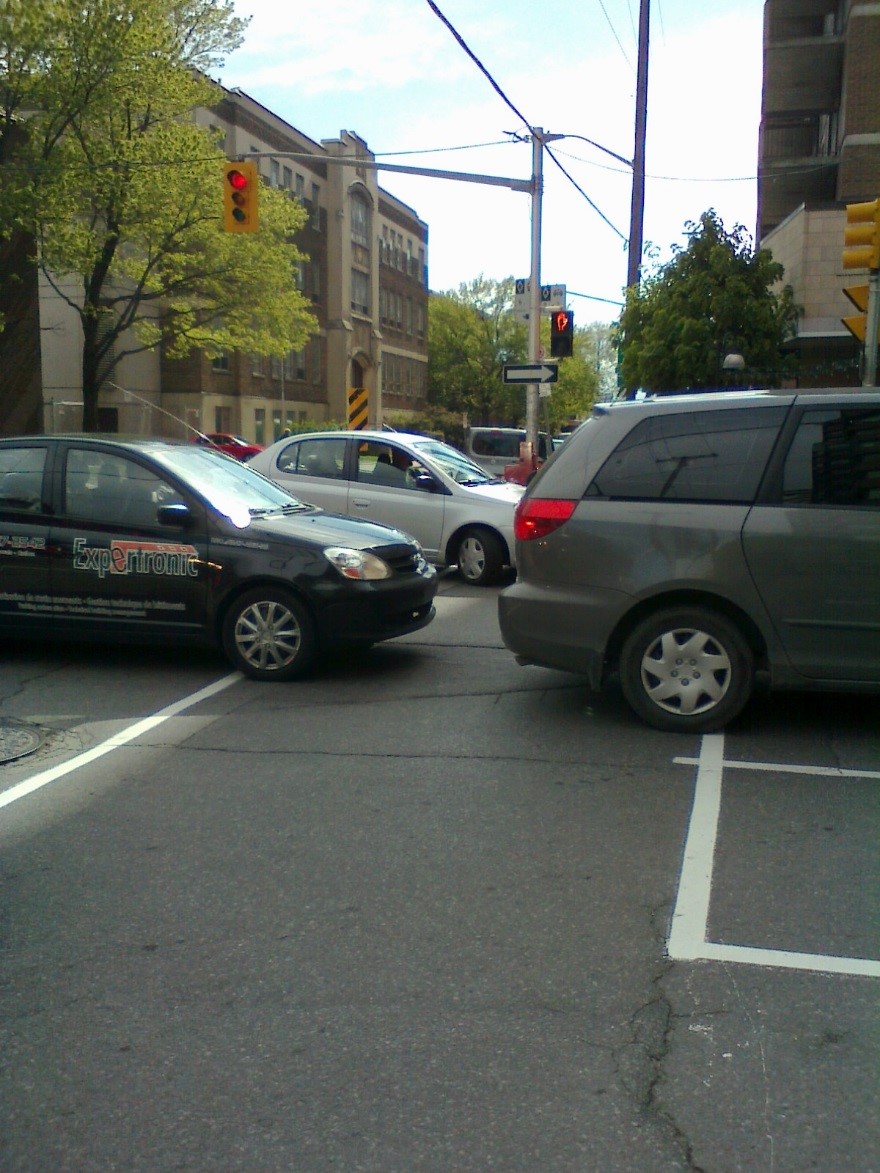 Health professionals who care about such matters can help by insisting on the vocabulary of ‘road violence’, and foregrounding the uneven distribution of its consequences.  (For example, of 408 pedestrians killed in the United Kingdom in 2015, more than half were over the age of 60, although this age group makes up just 24 percent of the total population.)  In New York City, pedestrian death investigation remains a low priority.

I first wrote about transport equity as a human rights issue more than 20 years ago.  Although international human rights instruments make no specific reference to mobility, the overarching human rights norm of antidiscrimination is clearly relevant, as is the right to the highest attainable standard of physical and mental health – which for many is daily threatened by car-centred transport planning.  To raise the visibility of non-inclusive transport, the United Nations Human Rights Council would do well to consider establishing a special procedure related to mobility in the context of the antidiscrimination norm and the economic, social and cultural rights to which most of the world’s countries have committed themselves.