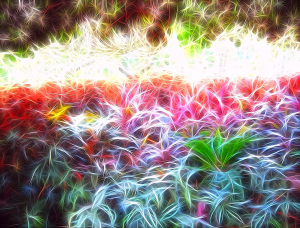 There’s an old Japanese woman in our group. She doesn’t talk much – her English isn’t the best – but I’ve found that if you take the time to sit with her, she’ll eventually try and speak to you. It’s always slow and often confusing, but I enjoy it. Shit can get deep sometimes and I like that. Seems like no one likes to engage their brain cells for stuff like this anymore. You’d think that the end of the world would be the perfect setting to sit down and have a good, long think – and an accompanying talk. But no.

People only care about surviving, about bashing each other over the head to drag themselves through one more miserable day. I’m not one to talk, though, because I mostly do the same. I think we’re just too chickenshit to sack it in – or most of us are, anyway. There’s a few annoying optimists who think that we have a chance to start over – or at least they say it, maybe it’s to convince themselves as much as anyone else.

But this Japanese woman, she’s great. She’s told me her name, but I keep forgetting it so I’ve given up asking for it. While the hunters are off scavenging for something edible that will make us starve a little slower, I join her next to her ratty tent. She’s mending a pair of socks and I sit and watch her for some time.

Eventually, she starts talking. I miss a good chunk of what she’s saying, but there’s this word that comes up komorebi. It’s a pretty word and, supported by some exaggerated miming and hand waving, I ask her what does it mean?

Too bad there’s neither sunlight nor trees anymore.

It’s big, the face bright blue. A cartoon cat sitting in a ring of numbers, the eyes moving from side-to-side along with a thin hand. The ticking is loud, obnoxious some would claim.

How can you sleep next to that?

Can you hear it? she asks.

Can you hear it? she calls, but no one answers.

There is dust on her fingertips.

The clock has stopped.

You shouldn’t, of course, but you do it anyway. You know it’s stupid and, most of all, unhealthy, but you can’t help yourself. It’s to alleviate the guilt, really. That’s all it is. And it’s not like it’s the most terrible thing. You had something to eat earlier in the day, had a small snack since then. It almost counts as a meal – it does. So, there’s nothing wrong with simply brushing your teeth and going to bed. It’s late and you can just have breakfast when you get up. And you will. You do. A whole bowl of cereal, a soup for lunch and that’s it. Maybe a handful of nuts for dinner. Maybe leave out the nuts the  day  after. Maybe leave out the cereal. The soup is warm, rests heavy in your belly. Maybe leave that one out, too. Maybe just some nuts, then. Yes, that’ll do.

I don’t know why everyone’s so into it. It’s a simple survival thing. Someone however many million years ago was probably just sick of watching people drown.

No way in hell did they do it for fun.

We might’ve come from water, but that doesn’t mean we have to go back.

Born in Athens, Greece, raised in Vienna, Austria, and now UK based writer, Rose McLean is finally fulfilling her dream of doing an MA in Creative Writing at Newcastle University. When she is not busy having emotional meltdowns over fictional characters (both her own and other people’s), she loves reading, weird cinema and bopping to kpop. She is a parent to two furry children of the canine persuasion, a passionate ethical vegan and an avid opposer of fast fashion.