The ADFS Farm + ADFS Proxy Farm model that we are using for Office 365 requires that the CNAME of the ADFS service has to be the same for both the ADFS proxy server farm and the internal ADFS farm (in our case adfs.ncl.ac.uk). Users ‘inside’ our network need to be directed to the internal farm and external users to the proxy farm.

ADFS supports multiple authentication mechanisms including the ones we are interested in, Windows Integrated Authentication (WIA) and Forms Based Authentication (FBA). It seems however that there is no way to dynamically select which one is used when a request hits the farm based on client properties. Where Office 365 is concerned a farm uses WIA or FBA

The way our network is configured means that we do not have the network model of Internal/DMZ/Internet with the split-brain DNS that the Microsoft documentation seems to expect. Our systems point at a single zone (running on BIND) which is resolves both internal and external requests.  As such, private IP addresses such as that of the internal ADFS Farm can be resolved (but obviously not connected to) from the Internet.

The problem for us is that only around 70% of our internal clients are domain joined and as such able to take part in SSO using WIA. The other devices may be non-Windows machines, non-domain joined Windows machines and mobile devices. Because they are coming from one of our internal address ranges they are directed to the internal WIA enabled ADFS farm and get a non-user friendly ugly pop-up box requesting authentication. 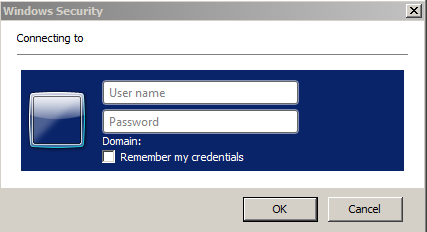 We do not think that this is a good user experience so we sought a solution which would let us provide both authentication methods to internal clients.

After discussions internally and with Microsoft we were presented with 3 possible ways to deal with this problem.

What we lacked was the expertise to implement this solution but thanks to collaboration with our colleagues as well as working with members of the Microsoft TechNet community we were able to implement something that seems to do the job for us. We thought we would share this in the event others are running in to the same problem!

Out of the Box Authentication with ADFS 2.0

The mechanism that is used by default on an ADFS farm or proxy Farm can be toggled in the <localAuthenticationTypes> element of the ADFS web.config

For WIA ‘Integrated’ is at the top of the list:

Manipulation of the User Agent string on Internet Explorer, Firefox and Chrome

The first thing required is to append the user agent string to browsers. This can be done in Internet explorer using Group Policy

We have this value set in the ‘Default Domain Policy’ though it could be set lower down.

For Firefox and Chrome things have to be done in the application deployment package. Obviously people will have to use a managed version of the product as it’s not exactly a user friendly setup!

In Firefox the prefs.js file requires to extra lines:

So in our environment:

Chrome needs to be run with some extra switches:

So in our environment

In order to get SSO working with Firefox and Chrome Extended Protection must be disabled on the ADFS Farm in IIS. Lots of information on this feature and the consequences of disabling it can be found with a simple Google search.

There are 2 steps required on the ADFS farm.

To turn on FBA edit the <localAuthenticationTypes> element of the ADFS web.config file and make sure FBA ‘Forms’ is at the top of the list:

The default out of the box, the code looks like this:

We need to add some code to the Page_Load event which will forward the request to integrated authentication if the campus-ncl user agent string is present. In order to do this we had to add System.Web to the namespace list.

System.Web supplies the classes that enable browser-server communication which are needed to get the user agent string and the query string generated by Microsoft Online Services.

And that’s it! Anyone using a managed browser with the custom string will be forwarded for WIA and get the SSO experience and all others will get FBA.

Although we knew what we wanted to do we were having trouble getting the query string and putting it in a usable form (I’m not a programmer!) This information was provided by another TechNet forum member

13 thoughts on “Office 365/ADFS 2.0: Forms AND Integrated Authentication (SSO) based on the user agent string”