Dr. Alistair Clark is Senior Lecturer in Politics at Newcastle University. He has written widely on political parties and elections, and has covered Scottish local elections since 2003. His current research includes electoral integrity and parliamentary standards. This blog was originally published on the Centre for Constitutional Change website.

Amid all the spin and recriminations about the results of the Scottish local elections, one story has barely been touched upon. This is that despite all the pessimism about participation, turnout for the council contest was up significantly to 46.9% from 39.6% in 2012. This was the highest turnout for standalone Scottish council elections for several decades. By contrast, the turnout for the six new Metro Mayors elected in England was poor for such a flagship piece of the UK government’s devolution agenda in England. Tees Valley recorded a turnout rate of only 21%, the West of England and Greater Manchester contests achieved 29% and only 27% of voters went to the polls in the West Midlands.

There had been concern about turnout amongst Scottish policymakers prior to the elections. Local elections are low participation and low information second order contests. In the aftermath of the 2012 elections, the Scottish Parliament’s Local Government and Regeneration Committee held an enquiry into low turnout, among other things (which, for disclosure, the present author gave two rounds of evidence to). This exercise was recently repeated with the Committee hosting a roundtable debate on turnout prior to the 2017 contests. Many would have been pushed to know there was an election on however. Most Scottish councils actually go so far as to ban campaign posters on council property (i.e. lampposts), which hardly help underline the importance of local issues. 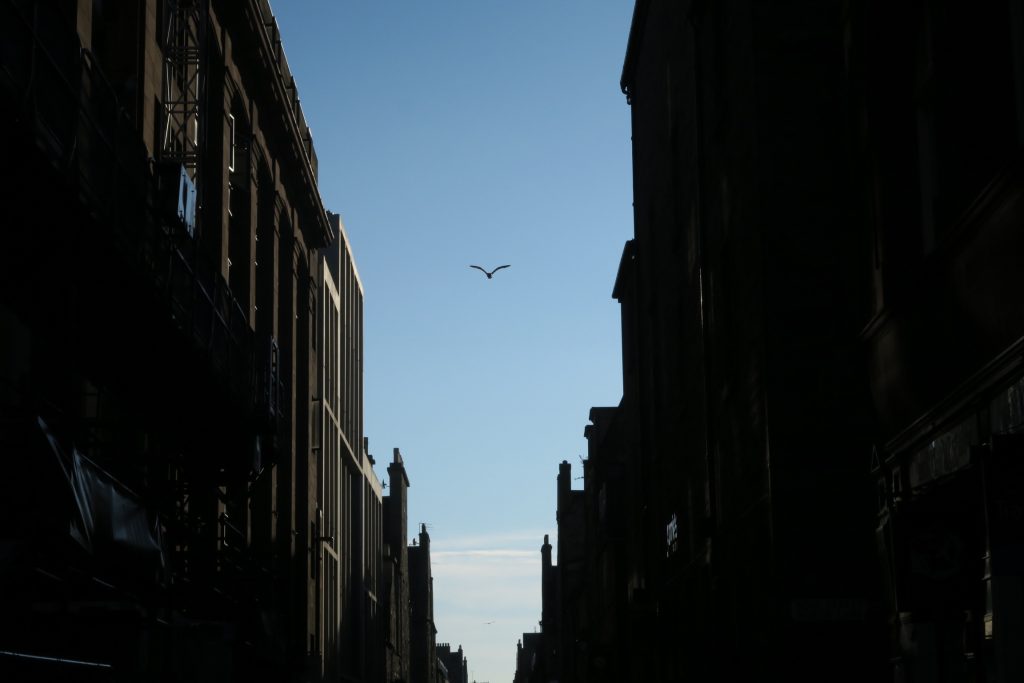 In the event, turnout was high for local elections at 46.9%. Nine of Scotland’s 32 councils actually broke the 50% benchmark, with East Renfrewshire performing best at 57.8% (+9.4%), and Edinburgh Council just getting over that hurdle at 50.5% (+7.9%). There were some significant rises, with Aberdeen, East Dunbartonshire, and Scottish Borders all recording an increase of 10% or more, and eight others recording between 8-10% rises. In only three councils did turnout fall. Argyll and Bute recorded a 1.7% drop, while Orkney fell by 7.4% and, most strikingly, Shetland Islands declined by 13.5% to 41.2%. Only one council, Glasgow, at 39%, recorded turnout below 40%, although this was still up by 6.8% on 2012.

These figures are impressive for local elections, given that they were being held as standalone contests not combined with election to any other level of government. Equivalent local contests in England are often lucky to achieve around a third of the vote if held alone. It raises a number of questions however. Firstly, why did turnout rise? There are three likely reasons. It is a legacy of the high levels of registration and participation seen in the Indyref in 2014. A general election in June called by a pro-Brexit Prime Minister has undoubtedly heightened the political atmosphere, as has Nicola Sturgeon’s push for a second Independence referendum. Consequently, it is also likely to be a reflection of the polarisation between the SNP and ongoing revival of the Scottish Conservatives over the constitutional issue. The council elections were a proxy for this. Motivated voters turnout, and voters have undoubtedly been motivated by this question. Give voters something important to vote for and many will do so, even if this is not necessarily directly related to the issue at hand – running local services in this case.

Secondly, what does this mean for the general election in June? In particular, which party is likely to get its vote out on the day more efficiently? Differential turnout will be key. Former Scottish government Minister Marco Biagi suggested in a Tweet over the weekend that the pro-Independence parties (SNP and Greens) did less well at getting their vote out than the Unionist parties. More research needs done into this, but that Yes-voting Glasgow’s turnout was so low, and the formerly, and now once again, Conservative voting areas of Aberdeenshire, Perth and Kinross and the Borders recorded between 9 and 10% rises suggests there may be something to this. Higher turnout did seem to benefit the Conservatives, primarily at Labour’s expense, even in Glasgow.

Given the threat from the Conservative Party that has been talked up recently, the SNP will no doubt want to ensure that, if this explanation is correct, their sizeable army of activists is motivated for a considerable get out the vote (GOTV) operation and that they do so effectively. The local elections will act as a wake-up call for them. The Conservatives do not have the same number of activists but they will be well resourced, motivated and will likely target seriously narrowly a small number of potentially winnable constituencies since there are no prizes for coming second under first past the post.

Thirdly, why was turnout higher in Scotland than in what were also constitutionally important elections to the Metro Mayors in England? I have argued elsewhere that the UK government needed to do much more to engage the public with these new positions. As we have seen in places such as Hartlepool and Stoke on Trent, both of which had elected Mayors but voted to give them up, the devolution agenda can go into reverse if the public are not suitably engaged with important positions with significant powers. The broader lesson from Scotland is that engaging voters can work.

Rather than having election fatigue, Scotland’s political engagement seems to remain high in the run up to the general election, as demonstrated by turnout in the 2017 council elections. If people had been fed up of elections, participation would have been lower. The results will motivate both the SNP and the Conservatives, the SNP because they are defending so many seats, the Conservatives because there would be considerable pride in becoming Scotland’s second party at Westminster and taking the shine off the SNP’s dominance. Turnout will certainly be higher in the general election, although whether it hits 71% as it did in 2015 remains to be seen. What also remains to be seen is just who that higher turnout will benefit.

This blog originally appeared on the Centre for Constitutional Change website.