Professor Frederick Charles Pybus (1883 – 1975) was a surgeon and alumni of our College of Medicine, graduating  in 1905. He joined the 1st Northern General Hospital shortly after its formation and was serving as its Registrar in 1914. As a Major in the Royal Army Medical Corps, except for a brief posting at the 17th General Hospital in Egypt, he served as a surgeon at Armstrong College throughout the war. Up until 1919, he carried out at least 1,364 operations on wounded servicemen. 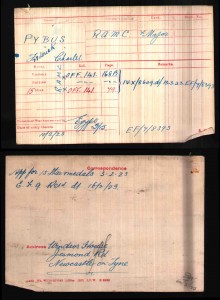 Professor Pybus went on to have a distinguished career as a surgeon in the Royal Victoria Infirmary from 1920 until his retirement in 1944, becoming Professor of Surgery in the College of Medicine in 1941. Amongst his claims to fame was inventing a drink to sustain patients before operations, which was later developed and sold by a local chemist to Beechams, becoming Lucozade.

His lifelong concerns included cancer research, developed during his 50 year surgical career from 1924 and pursued through his own cancer research laboratory. He was amongst the first to make the link to atmospheric pollution as a major contributing cause of cancer and his work directly informed the Clean Air Act 1956.

For some 40 years Professor Pybus also built up a collection of international importance on the history of medicine, including books, engravings, letters, portraits, busts and bleeding bowls. In 1965, he donated the collection to the Library, where it remains a valuable source of information for medical historians. Meanwhile, his papers, also held in Special Collections, offer a unique insight into a renaissance man of medicine. 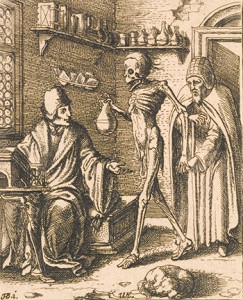