This is the second instalment in our Courier Special Collections Guest blog series. You can see the first, ‘1948-55 the early years’ here. 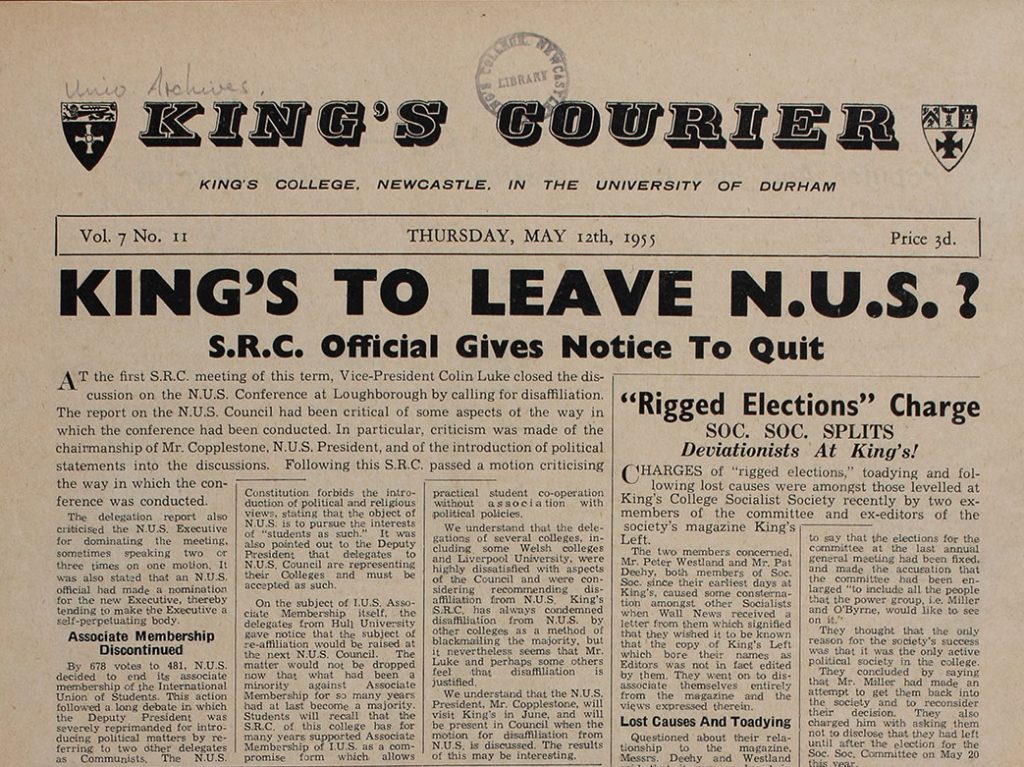 In 1955 the handover between editors was brought forward from summer to Easter, so that the outgoing editor could concentrate on their exams. It was also around this time that Monica Doughty joined the Courier as a permanent secretary, helping to provide stability to the paper during the frequent changes to the editorial team. Doughty organised the day-to-day running of the paper, while each editor shifted the overall tone and style of the paper to suit their own tastes. Brian Lloyd Davies, editor 1955-56, attracted controversy by his frequent use of the paper to publicise his own, left-wing, views. 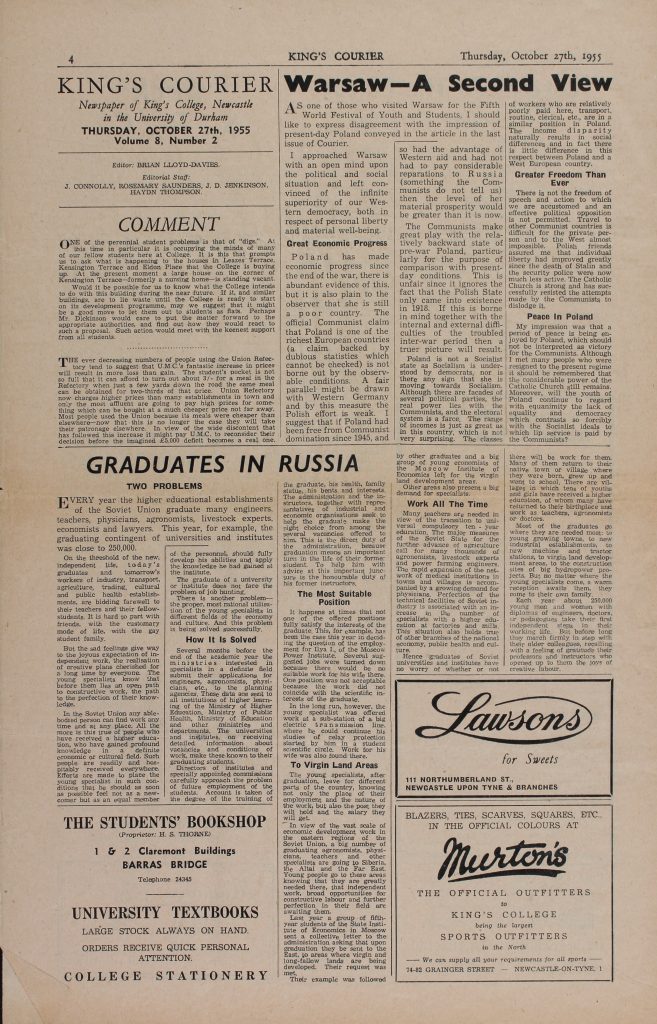 His successor, Ramsey Rutherford, returned King’s Courier to a neutral position, being more interested in the arts and music than politics; he was described in the paper as a fan of “traditional jazz, modern jazz, classical music, opera, folk songs of all types, and modern ‘pops’.” The changeover of editors was a big event in the late 1950s, with each editor’s final issue including multiple tributes to their time with the Courier from other members of the team. Rutherford was followed by John McCormack, who continued the arts focus and non-confrontational tone. 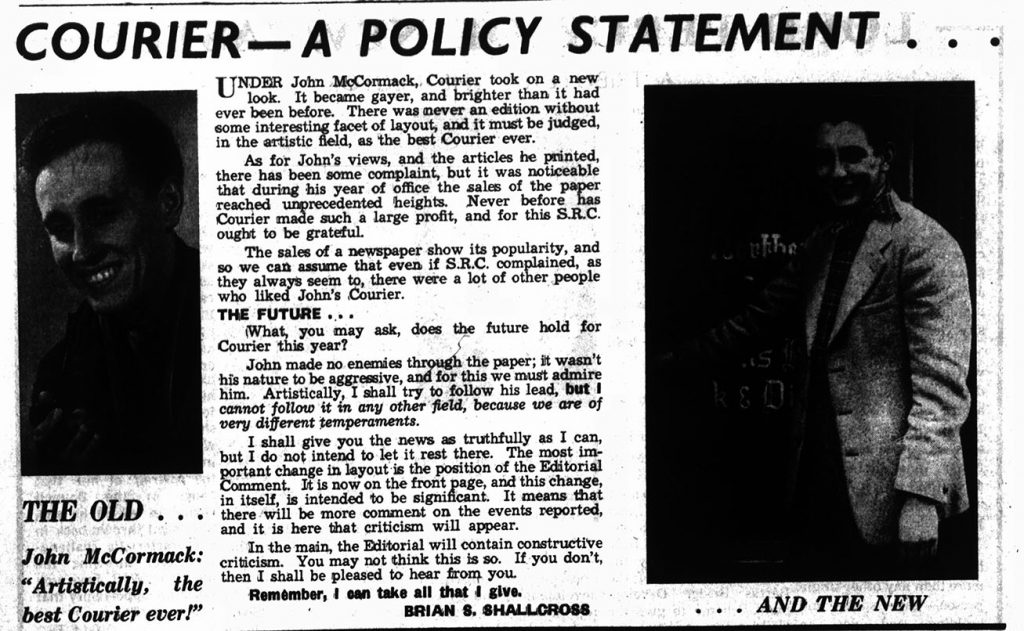 In 1958, however, his successor, Brian Shallcross, shifted the focus to news. He redesigned the paper, introducing a new colour masthead, significantly more photographs, and large, tabloid-style headlines. 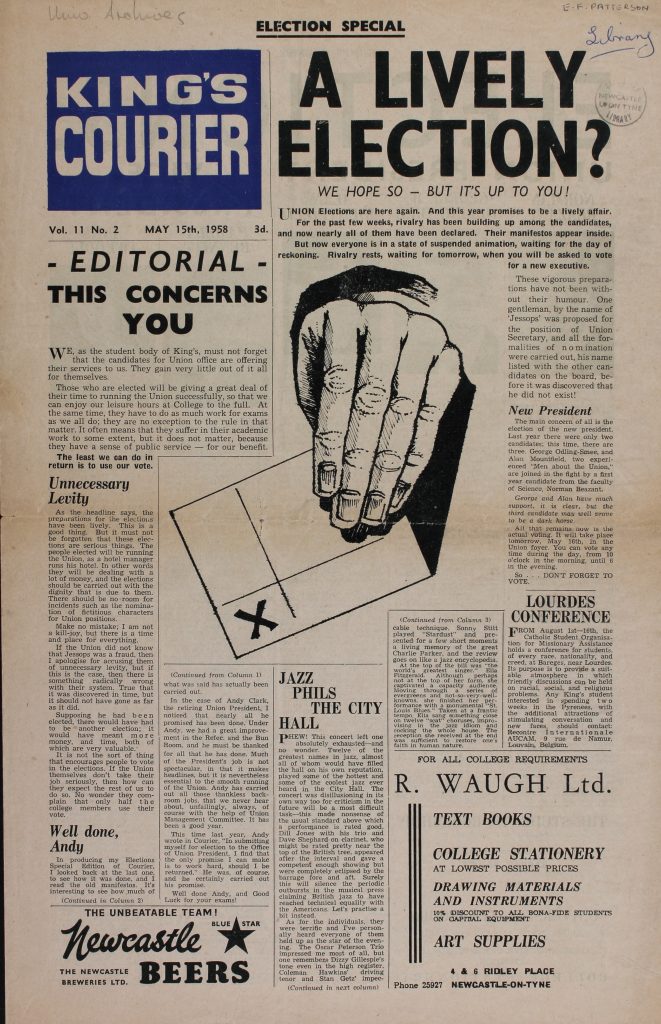 The King’s Courier with the new colour masthead and tabloid style headlines, 15th May 1958

The stories were similarly daring, including a survey that revealed very few students knew who their elected student representatives were, and close scrutiny of a poorly-organised Rag Week. 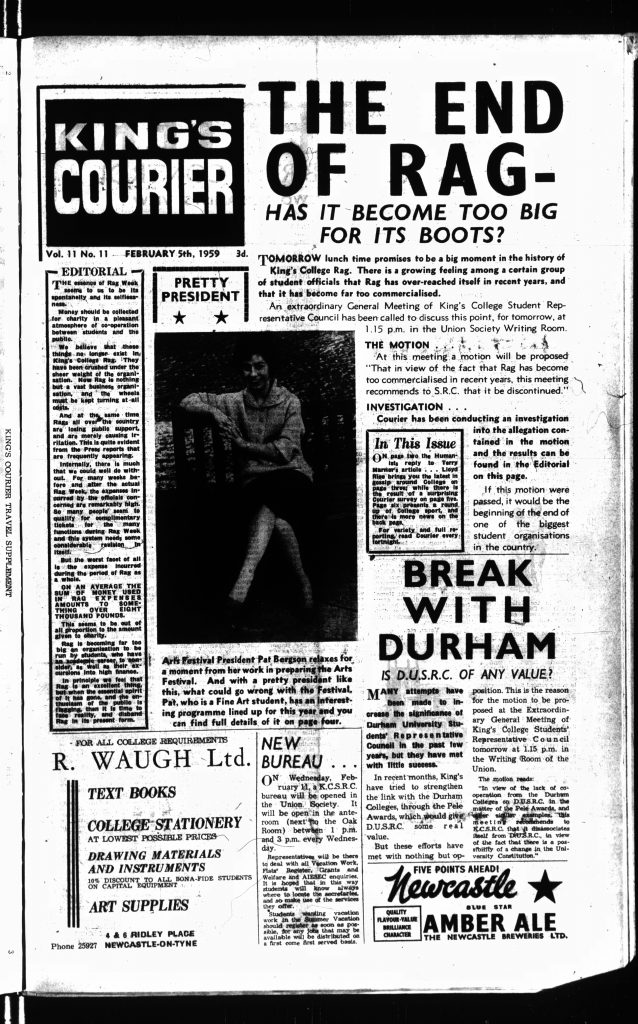 Most of these changes were reversed once Shallcross left the paper, when it became known simply as Courier. As the new decade dawned the paper became a weekly publication, coming out every Wednesday during term time. The extra issues placed a greater demand on the editor, and at the end of 1960 it was agreed that editors should only serve half the year, with changeovers in December and at Easter.

The Courier‘s main competition during this period was the Wall News, posted on noticeboards in the Union and often a vehicle for gossip and scandal. The Wall News predated the Courier and survived well into the 1960s, with the relationship between the two publications occasionally descending into one or the other printing derogatory comments about their competitor. 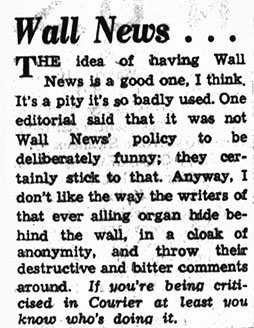 Wall News complaint about the gossip, 8th May 1958

The other significant publication at King’s College was the Northerner, a literary magazine founded in 1901 and published once or twice a year. Whilst never especially successful, the introduction of a 6d cover price in 1958 marked the beginning of the Northerner‘s decline, and by the early 1960s the publication faced major financial problems. A revamp in 1963 saw the Northerner printed on glossy paper and with a greater focus on design, but this was not enough to save the magazine and staff shortages and printing problems contributed to its decline in the mid 60s. Numerous attempts were made to revive it, as Package in 1968, Ashes in 1970, the New Northerner in 1972 and Five Seconds in 1973. None of these, nor more recent arts magazines such as Alliterati, established in 2006, lasted more than a few years. 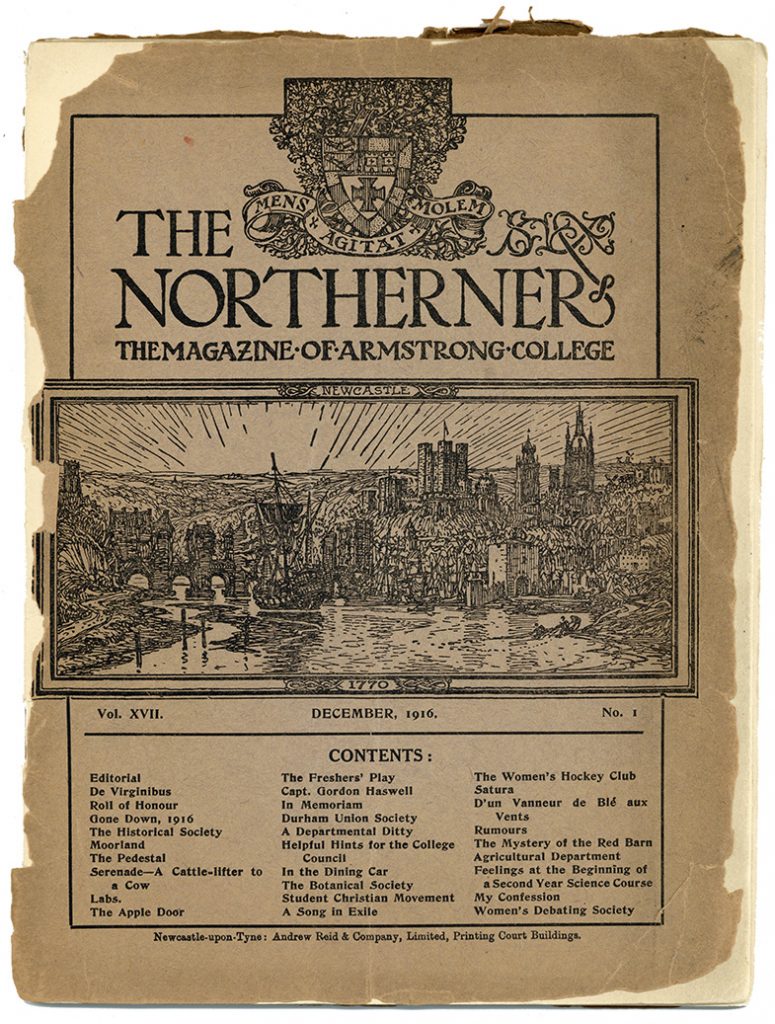 Front cover of the first issue of the Northerner, 1st December 1916

You can read the next instalment in this series, ‘Special Guest Blog: Courier 1962-69, The Golden Years’ here.