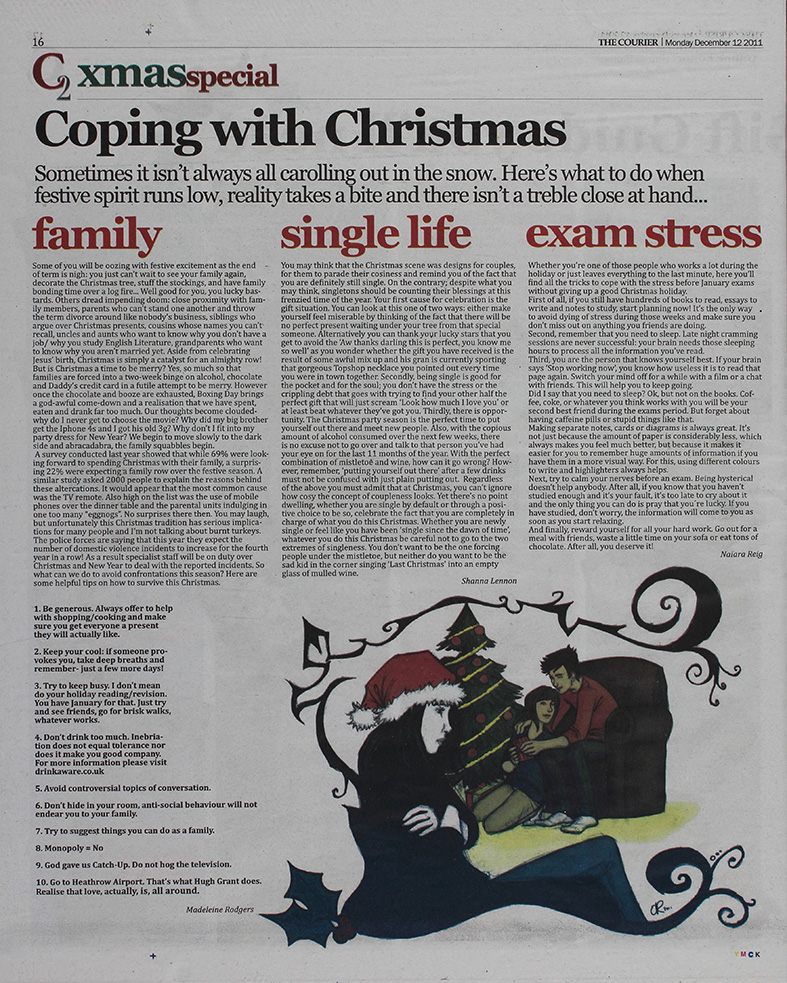 Sometimes it isn’t always all carolling out in the snow. Here’s what to do when festive spirit runs low, reality takes a bite and there isn’t a treble close at hand…