2018 marks the 200 anniversary of the publication of Mary Shelley’s Frankenstein.

Why not celebrate by starting the New Year by reading or re-reading this classic.  And for the faint-hearted our amazing Book Trust Collection on Level 1 of the Robinson Library has some great kids’ versions! 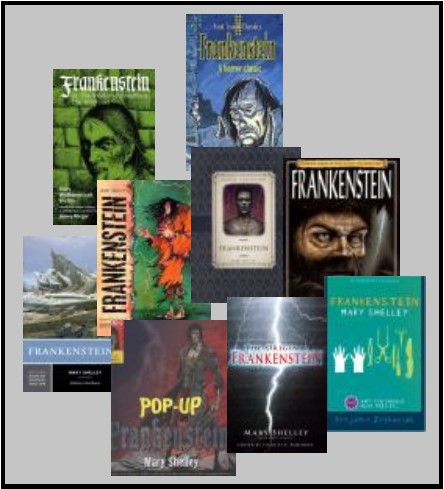 The circumstances of the novel’s genesis are well-known: Claire Clairmont, Lord Byron, John Polidori, P.B. Shelley, and Mary Godwin (as she was then) passed a stormy night in Geneva, June 1816, inventing ghost stories. Mary’s contribution, inspired by a dream, would be published two years later as Frankenstein; or, The Modern Prometheus and marked the birth of the science fiction genre. Victor Frankenstein raids graveyards to acquire the parts he needs to create life but his experiment goes horribly wrong and he rejects his nameless creation. Denied companionship, the monster endeavours to destroy his maker. The novel explores themes which would characterise much of Mary Shelley’s subsequent work, such as alienation and solitude; justice; the purpose of life; destiny; and social class as it relates to political power.

Critically acclaimed in her own day, Mary is perhaps remembered today as the wife of Percy Bysshe Shelley and the author of Frankenstein (1818), her most enduring novel.  More recent scholarship however has tried to shed a greater light on her later literary output.  Mary Shelley was the author of seven novels, a great number of short stories and two travelogues, both of which use the travelogue genre as a vehicle to explore and comment upon politics, war and culture.

In one of two letters written by Mary Shelley which are held in the Manuscript Album here in Special Collections, she enquires about the history, religion and politics of Bohemia. This appears to be related to one of her last-known projects, which was a partial translation of a novel by German author, Ida Hahn-Hahn, called Cecil (1844). The letter was written in March 1844 which is also the same year that her final full-length book was published: Rambles in Germany and Italy, in 1840, 1842, and 1843.

The other day I sent you some books by a friend going to Paris – & I enclosed a letter for you to another friend which I hope she will present. Meanwhile I am going to intrude upon you, asking for some information which I think you can give me.

I want some account of the old Kings of Bohemia & the fire worshippers of that country – of Jerome of Prague of the Hussites of Bohemia – of Zizska – & also of the manner in which Bohemia is at present governed.

Pray forgive me for giving you this trouble – but you know every thing – . . . living among the learned – I (not knowing German) know nothing – & live the life of a recluse. I shall be very glad to hear how you are – I hope quite well – with compliments to Mr. Dunbar, I am very truly yours. 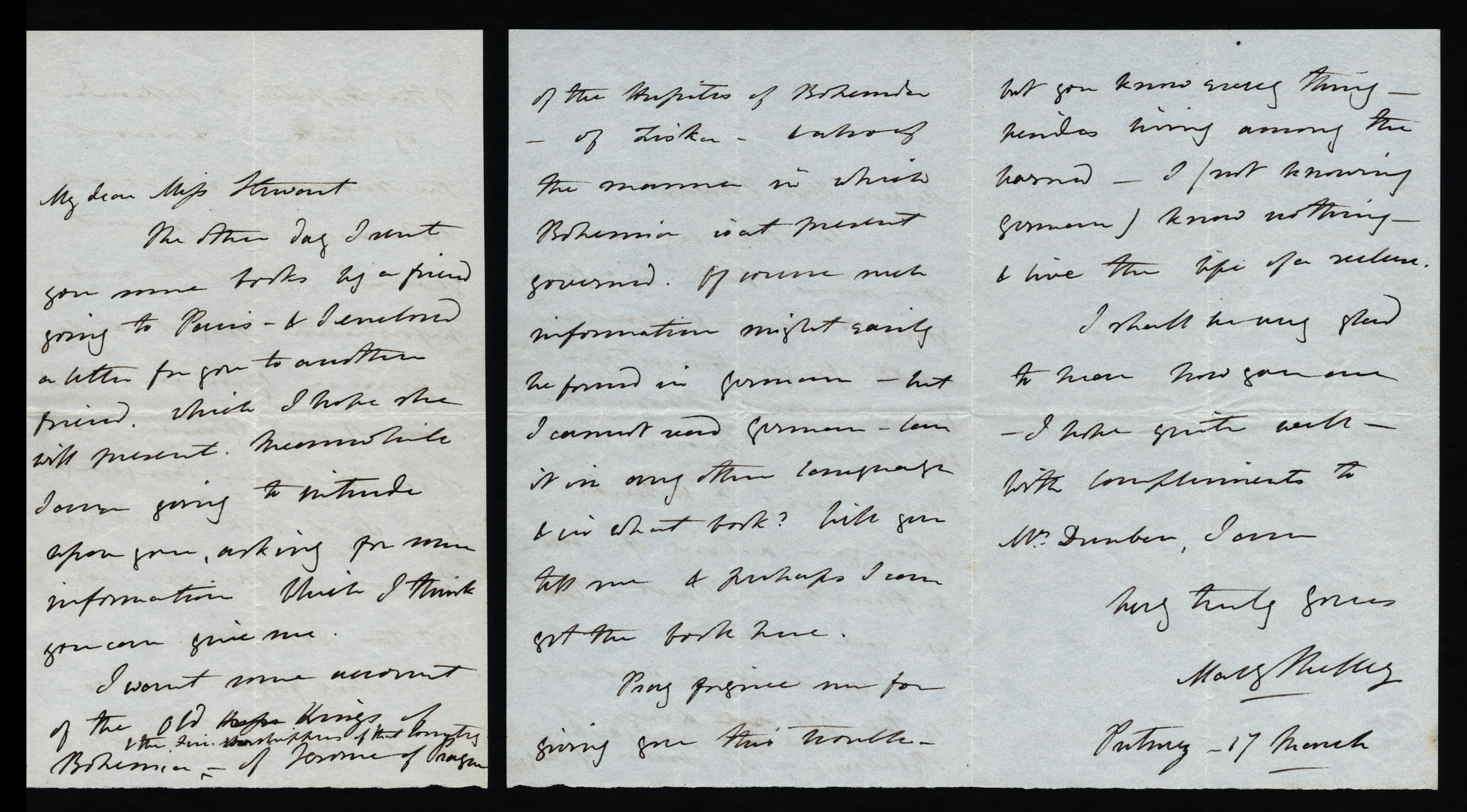 Oh and did we mention that one of the versions of Frankenstein in the Book Trust Collection is a pop-up?  Go on, you know you want to!

Thank you to Melanie Wood, whose full research on Mary Shelley and the letters we hold in the Manuscript Album can be seen in the online version of the exhibition Very truly yours…