During her reign many advancements were made in many areas of everyday life, industry, transport and communication, and medicine. She made several visits to Newcastle to inaugurate landmarks which are still very much in use today.

With the advent of the railway the first act to propose a rail crossing of the Tyne was passed in 1835. At that time railways were regional, however GNER (Great North of England Railway) obtained Acts authorising the building of rail link to connect to London, and eventually Scotland. Initial plans were not adopted. Finally the Act authorising the building or a road and rail bridge across the Tyne was passed in July 1845.

The bridge was designed by Robert Stephenson and T.E. Harrison with a double desk configuration and took four years to complete. 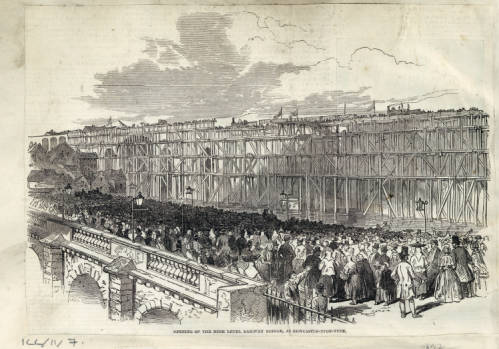 The above image depicts the crowds gathering to view the Queen coming across the bridge before the inauguration. ILL/11/7

Due to increased rail services across the Tyne, The King Edward Bridge was opened in 1906 to carry main line services. Local rail services are now transported over the High Level Bridge and the road bridge carries one way traffic.

The present site of the Central Station was settled on after much debate. The Newcastle and Carlisle railway initially proposed a site on the South Bank of the river, near to the Redhaugh terminus. They eventually agreed with George Hudson to a general station north of the Tyne.

In 1846, a local architect, John Dobson was appointed by George Hudson with assistance from T. E. Harrison and George Stephenson. The design was a broad curve so that trains approaching from East and West could be accommodated.

The station was opened by Queen Victoria on 29th August 1850 when she visited the station by train and the day was declared a public holiday in Newcastle. 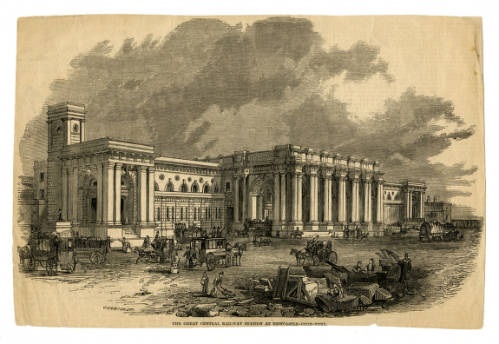 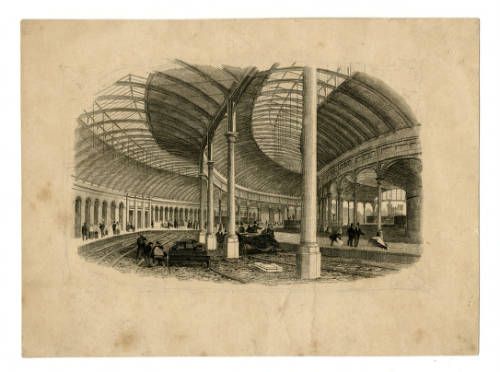 In 1896, the Mayor of Newcastle suggested a new infirmary be built as a fitting memorial to celebrate Queen Victoria’s reign. Contributions flooded in, one of the contributions one hundred thousand pounds, from Mr John Hall was on condition that the new infirmary is built on or near the Leazes. A site was then obtained from the Freemen and the Corporation. The Prince of Wales laid the foundation stone on 20th June 1900, and as King he opened the Royal Victoria Infirmary in 1906.

The new hospital was two storeys and owing to the sloping parts of the hospital had a lower ground floor. It had a main corridor with the wards passing off both sides of the passageway and connected by secondary corridors. Each ward contained 24 beds and there was accommodation for 400 patients. 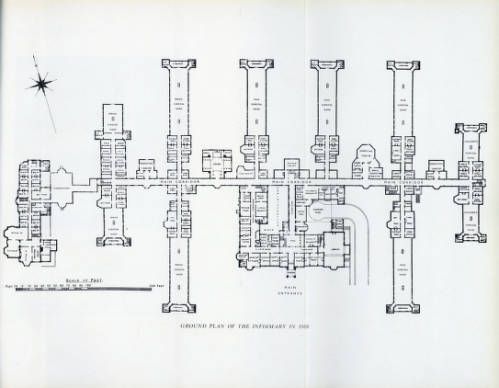 The Royal Victoria Infirmary is still on its present site and has expanded over the years, although much of the original building has been rebuilt. Peacock Hall is the only original building left with the statue of Queen Victoria standing in the foreground.  With the University’s Medical School now adjacent to it, the R.V.I. has established itself as a major teaching hospital and research centre in the north-east and United Kingdom.

The Queen died at Osborne House on 22th January 1901, however her family, politicians and the country were unprepared for it and also her wishes of a full military funeral.

Lady Caroline Trevelyan, in a letter to her son Charles Philips Trevelyan mentions the Queen’s death and Edward’s succession to the throne. 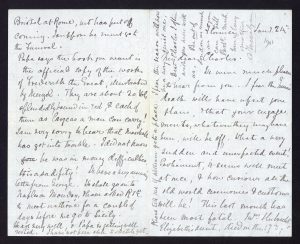 Letter dated 24th January 1901 on the Queen’s death CPT/1/9/12/2. “We were much pleased to hear from you. I fear the Queen’s death will have upset your plans, and that your engagements whatever they may have been, will be off. What a sudden and unexpected event! Parliament, it seems will meet at once and how curious all the old world ceremonies and customs will be!” 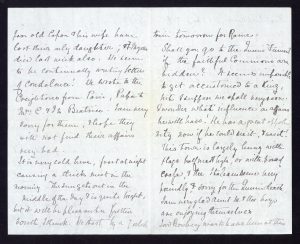 On the subject of Edward’s succession to the Throne. “Shall you go to the Queen’s funeral if the faithful commons are bidden? It seems impossible to get accustomed to a King but I suppose we shall very soon. I wonder what influence on affairs he will have! He has a great opportunity new if he could see it & ; use it!” CPT/1/9/12/2