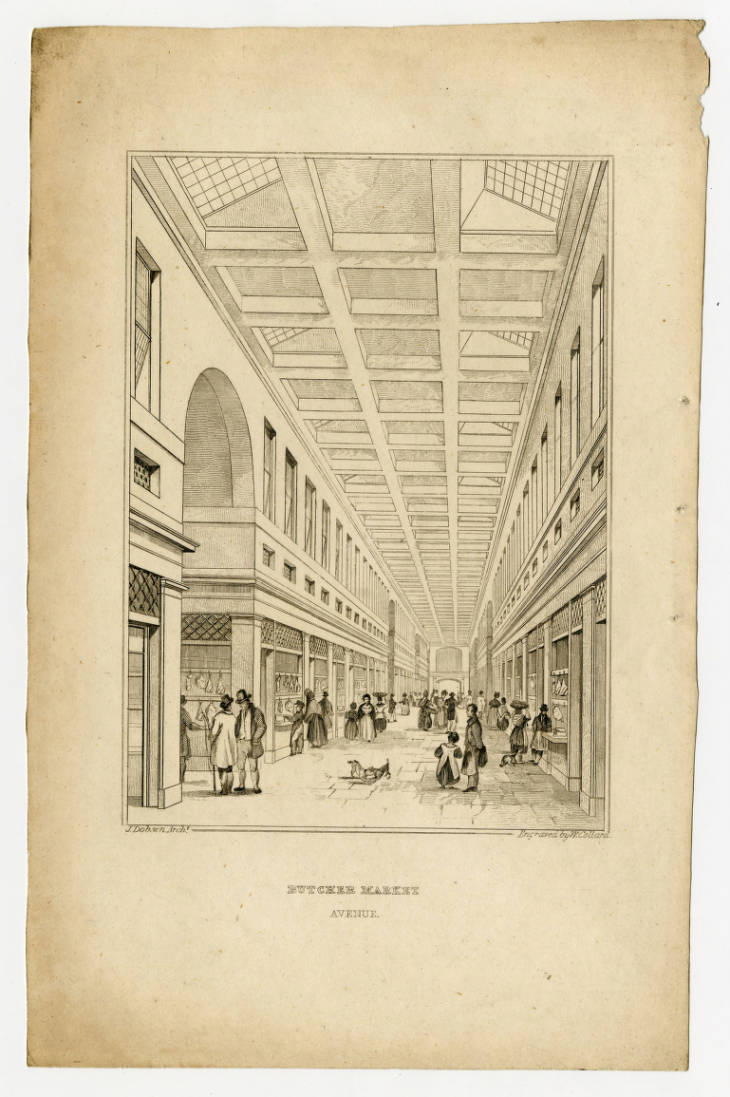 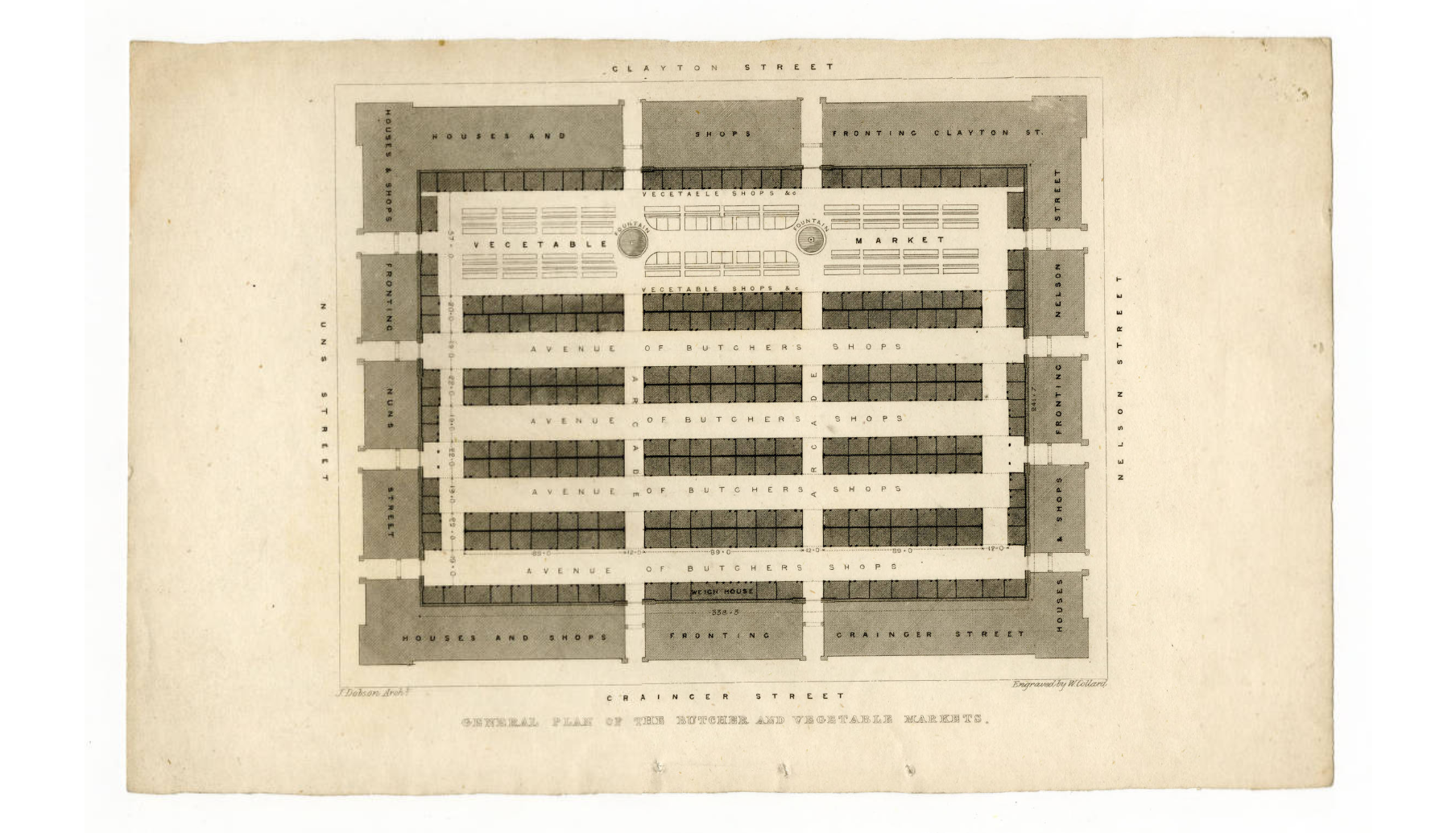 These two illustrations depict the interior of the Butcher’s Market, which is now known as the Grainger Market in Newcastle. A great place to visit to pick up some unique Christmas gifts!

Grainger Market opened its doors in 1835 and is named after Richard Grainger (1797 – 1861) the builder, developer and entrepreneur behind the Market.  At the time it was the largest in Britain covering two acres with 12 entrances and 243 shops and stalls.

Originally it was a meat and vegetable market but the flesh-market section was optimistically large and so other goods like baskets and pottery were introduced.

On October 22nd 1835 a celebratory dinner was held in the market attended by 2000 men including John Dobson (1787 – 1865) and Grainger. Over 300 women were allowed to watch the feast in a specially constructed gallery!