Written during World War Two, this Christmas card was sent from Major Saviour of the 53 General Hospital, a Royal Army Medical Corps hospital which formed part of the Middle East Land Forces.

The recipient was Frederick Charles Pybus, Professor of surgery at Newcastle Medical School. Major Saviour congratulate Pybus on his appointment and chair. In addition to Pybus’ research into surgical methods and the causes of Cancer, he also amassed the internationally important Pybus Collection. The collection consists of around 2000 books on aspects of medical history, spanning nearly 700 years.

Find out more about the Pybus (Professor Frederick) Collection.

31 October 2015 marks the 75th anniversary of the end of the battle of Britain.

The Battle of Britain was an air campaign launched by the German Air Force, Luftwaffe against the UK in the summer and autumn of 1940. Hitler had already swept through France and forced the British army out the European mainland. In order to finally invade Britain, Hitler needed to launch a final air strike to wipe out Britain’s RAF defenses.

Though the RAF Fighter Command had only 640 aircraft against the 2600 aircraft of the Luftwaffe, with the support of Bomber Command and Coastal Command, the RAF were victorious. Nazi Germany turned their attention to bombing British cities in the attack known as The Blitz, but failure in the Battle of Britain forced Hitler to cancel his Operation Sea Lion; an amphibious and airborne invasion of Britain. 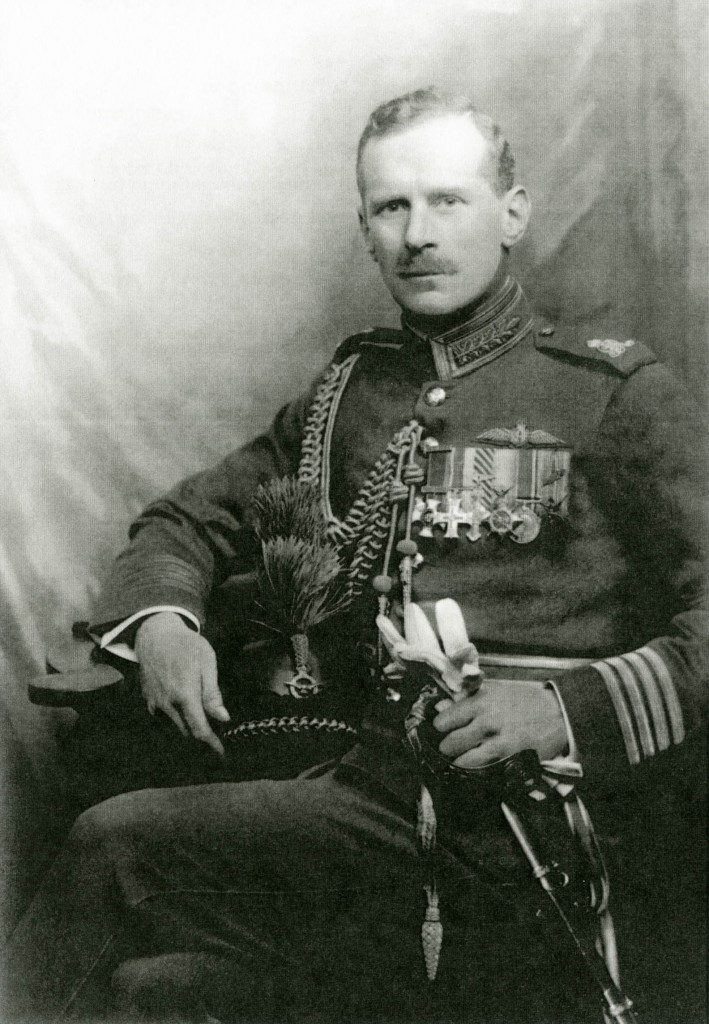 This month’s treasure is a letter from Sir Archibald Sinclair thanking Sir Lawrence Pattinson, on behalf of King George VI, for his long and valuable service in the RAF (dated 20th April, 1945). 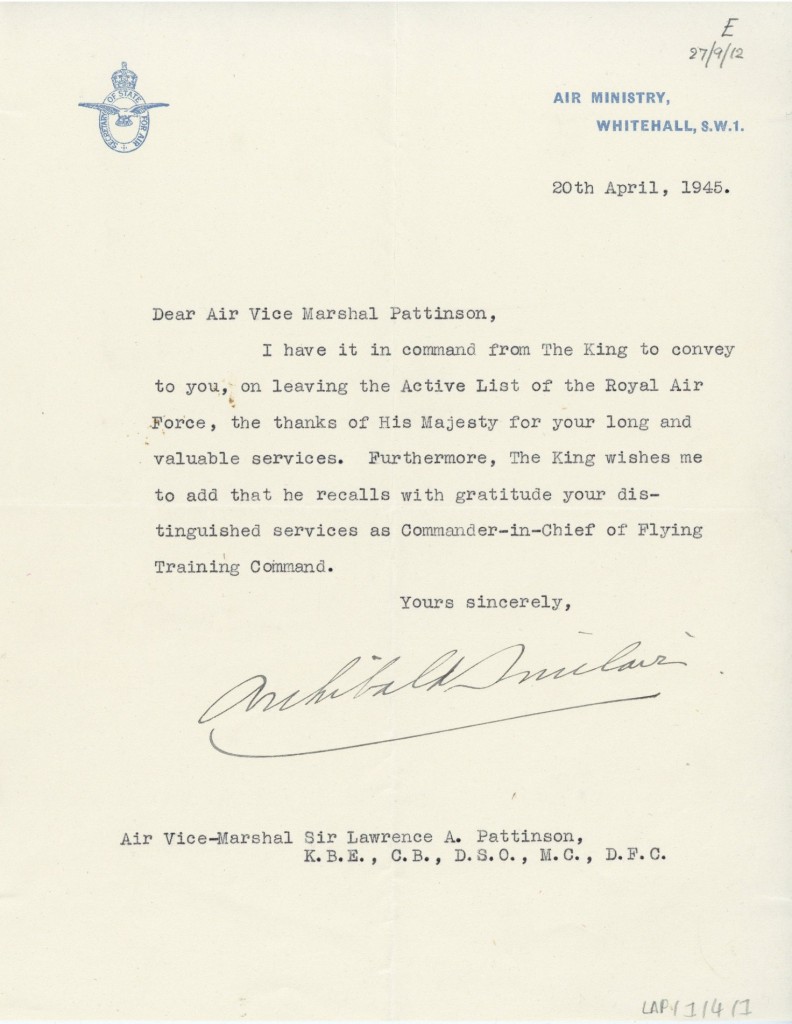 Necessity is often said to be the mother of all invention. Sadly, with war, this often came in the form of scientific advances devised to kill and spread panic with more efficiency and devastation. During World War II, Germany’s most important technical achievement was the development and use of the V-2 missile; an unmanned, liquid propellant rocket capable of reaching overseas targets and the first known man-made object to enter space. Completed by July 1944, they were responsible for the death of 2,754 civilians in England alone and had an even greater propaganda value as a weapon coveted by the allies and feared by citizens at risk. However, they were not the only Axis power to launch such terrible initiatives, with Japan even outdoing the V-2 in terms of spanning continents to become the first truly inter-continental ballistic missile (ICBM), albeit in a less successful, more rudimentary way…

This annotated sketch, enclosed in a book explaining the history behind them, depicts a prototype fire bomb or füsen bakudan, which Japan developed during World War II as a means of spreading terror, starting fires and inflicting casualties on North American soil. After the disastrous defeat of their Navy at the battle of Midway (4 – 7 June 1942), the Japanese Military were intent on causing a similar psychological victory over the U.S. Over the next two years, the Imperial Japanese Army’s elite Noborito Laboratory, staffed by over 1000 of the country’s top scientists, engineered and tested incendiary and anti-personnel devices attached to 32 foot balloons made of Japanese handmade paper. These were capable of travelling on the trans-Pacific upper wind currents or ‘jet streams’ over the Pacific Ocean.

Considerable research was carried out to allow the balloons to maintain the minimum altitudes needed during the estimated 60 hours and over 6,200 miles it took to reach America. An aneroid barometer detonated explosives to release sandbags when they descended too far. When all these ballasts had dropped, the weapon was presumed to be over its target and the bombs were released. Rubberized silk was trialled for the balloons, but found to be much too heavy, whereas the light but exceptionally strong paper was more successful.

From November 1944 to April 1945, more than 9000 füsen bakudan were launched. It is estimated 1000 reached America; roughly the success rate of 10% predicted by Japan. However, the U.S. authorities, fearful of the panic they would spread and not wanting the Japanese to know how successful they had been, ordered radio stations and newspapers to give no publicity to such incidents. Although damage was minimal, six Americans, a pregnant Pastor’s wife and five Sunday school children did lose their lives in Oregon on 5th May 1945 when they investigated a downed balloon and the still attached bomb exploded; the only deaths due to enemy action to occur on mainland America during World War II. Ironically, this tragedy took place on land owned by the Weyerhaeuser Company, who were papermakers.

This diagram and the accompanying book was one of only 375 copies printed at the Bird and Bull Press, Pennsylvania, founded by Henry Morris, a printer and papermaker, in 1958, specializing in the art, craft, and history of papermaking.