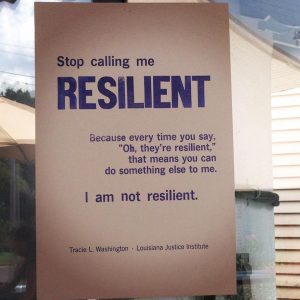 1 thought on “‘Let them eat resilience’: The genealogy of a vocabulary, and why it matters for public health”