The last three months will have passed in a blur of exams and marking, with more to come! Hopefully our programme of events, including the Journal Club and L&T seminars, will have provided added stimulation and created some food for thought for you.

We have been continuing to forge links with key units in the wider University that will benefit L&T staff in the Faculty as a whole. In May we held a joint event with ECLS, CfLaT and the T&L in HE Research Group. This was a ‘Pecha Kucha’ Research Sharing Event and it was very well attended by Faculty staff. I have met with staff in the Learning and Teaching Development Service, looking at ways we can work together to support staff here in the Faculty. They have a wealth of experience and contacts we can tap into in terms of guest speakers and training opportunities. The ECLS research tea for students completing the ‘Thinking Critically about Research Methodology’ (EDU8207) has prompted two new initiatives. Firstly, with the support of Anna Reid, module leader, we are exploring the opportunity for FMS staff acting as co-supervisors on future student projects. Secondly, we will be promoting to Heads of Schools the opportunity for their T&L staff to sign up to do EDU8207 as a stand-alone module that will enhance their portfolio of skills. If you are interested in either of these do get in touch with me.

We have also been digesting and acting on ideas from our Launch event.  We now have a blog! https://blogs.ncl.ac.uk/erdp/. This is open to the world so please do circulate the link to contacts outside of the University. The blog will include all of our newsletter articles so it should be a good way to start spreading the good work we’re doing here in Newcastle. We’re pulling together seminars for the autumn which will include one covering the ever tricky topic of ‘ethics’ and one that will be presented by Dr Hamish Macleod from Edinburgh University, both ideas prompted by the Launch event.

I’m very pleased to announce that the Faculty will be funding staff through a new round of EQUATE. EQUATE sets out to share research and knowledge about T&L and apply that research and knowledge to a range of action research projects. The plan is that this round will include a ‘writing day’ with the intention that staff will not only get accreditation within existing frameworks at Master’s and Doctoral level, they will produce a publishable paper.

I hope you enjoy the newsletter.  There’s a lot of innovative project work and good news to read about.  If you have articles for the next issue due in September just send them through to  fms.educational.research@newcastle.ac.uk.

The School of Biomedical Sciences (SBMS) has developed numerous initiatives to help students determine their graduate career path. These include; Employability Ambassadors, the Lab Assistants scheme, the SOLAR group and promoting becoming STEM Ambassadors. We have a Careers Liaison Academic within the School providing advice and coaching for students to gain experience and apply for roles such as Industrial Placement Years.

SBMS has a 57% female cohort (2013-14) which is slightly lower than the STEMM (science, technology, engineering, maths and medicine) average for the Russell group (61%) but higher than that for STEMM at Newcastle University (42%). Nationally there is a trend of fewer females at higher grades of scientific academia (notably from second post-doctoral position to professorial grade). The ECU Athena SWAN charter is committed to advancing gender equality in academia, particularly addressing the loss of women across the STEMM career pipeline. The School of Biomedical Sciences has recently submitted an Athena SWAN silver award application.

Preliminary research conducted in conjunction with Northumbria University, showing that a large majority of all stage 1 bioscience students, when asked to draw their ‘Perception of a biomedical scientist’, drew male scientist stereotypes. Interestingly, students from a widening participation background (regardless of gender) drew a more gender balanced proportion of scientists, suggesting they were less conditioned to what a biomedical scientist ‘should’ look like. This research will be repeated annually with stage 1 students and with the same cohorts in their final year to determine if there is a shift in gender perception.

As part of the school self-assessment process, we commissioned a ‘Women in Science’ panel and networking event to specifically promote scientific careers to female undergraduates (http://www.ncl.ac.uk/biomed/about/athenaswan/News.htm). Feedback collected from attendees (>100) reassuringly showed that the event helped their scientific careers awareness, with many positive comments regarding support provided by the school. Given that the majority of the attendees were actually stage 1 students, we were very surprised that so many expressed concern about barriers to their scientific career prospects. Some issues which arose included; perceiving having a family as detrimental to career progression, lack of exposure to female role models, and feeling a lack of confidence in approaching academic staff.

To further understand the diversity of our student’s situations and the barriers preventing them from considering pursuing scientific careers, we hosted an informal ‘food and focus’ event. Carer students indicated they found it difficult to manage studies alongside caring for dependents and that this would likely continue after graduation. International students were worried about the recognition of their degree topic in their home countries, and by the financial costs incurred by studying. Mature students raised issues around levels of generic skills (such as IT) and of transition to, and integration into University life. As a direct result we have developed some new initiatives, including:

We will continue to review the impact of our undergraduate initiatives, with emphasis on the perceived barriers, and those groups raising specific concerns, and hope to increase the numbers of bioscience graduates entering scientific careers.

Effective feedback practices lie at the heart of higher education teaching and learning, however across disciplines, feedback remains a cause of concern for students. Feedback provision seems to be one of the recurring themes that students bring up at staff-student committees, focus groups and surveys such as the NSS. Why is it so difficult to get feedback right?

A potential answer to this may be that students and staff have different assumptions, expectations and perceptions about what constitutes good and effective feedback. For instance, one thing that students seem to want to get from feedback is what explicit steps to take to improve their grades. However, most tutors want students to take a “deep approach” to learning, independently and reflectively engaging with the material. As a consequence, feedback fostering a “deep approach” may not include the detailed instruction that a student seeks for improvement of grades. So from a student’s perspective, this feedback does not give them what they want or feel they need and may lead to dissatisfaction.

In order to investigate these issues within the context of psychology teaching at Newcastle, we started a research project into feedback in our School. As part of the Careers service’s work placement, Matt Astle, a final year Politics student, is working as a research assistant on this project. In the first phase, Matt has conducted a literature review which incorporates feedback and assessment practices and perceptions across all disciplines, with a specific focus on the psychological literature. The result of this review is an accessible database of articles that forms a resource for further investigation and practice. The second phase of the project involves auditing colleagues in the School on their feedback practices and perceptions and comparing these to the perceptions and expectations of our students. Here the project converges with some of the other activities within the school:

For instance, Elisha Warren, a final year Psychology student, under the supervision of Val Tuck has conducted her empirical project on student perceptions of feedback in Psychology. The insights from her project as well as other sources of student perceptions, such as focus groups, will be brought together to identify and examine possible differences in expectations and perceptions between students and staff.

Ultimately, the aim of our research project is to better understand the processes involved in effective feedback and finding ways to improve our practice by clarifying and articulating what we, staff and students, mean when we talk about feedback.

Patrick Rozencrantz  presented a poster at the Teaching Institute of the International Convention for Psychological Science 2015 (ICPS2015) in March 2015.  The poster was about the second cycle of some action research around teaching psychological research methods currently being carried out with colleagues Amy Fielden and Effy Tzemou in the School of Psychology. 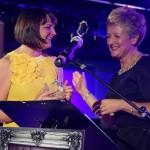 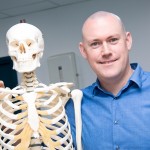 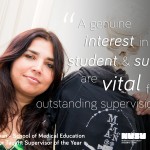 The annual TEA awards are about celebrating teaching excellence and we’re proud to report that three awards went to teaching staff in FMS.