We are pleased to announce that Andy Clark has been appointed as our first Rsearch Associate in Oral History.

Andy’s research interests include responses to factory closure, labour history, and the impacts of deindustrialisation. He completed his undergraduate degree at the University of Strathclyde in 2011 before receiving an MA in History from 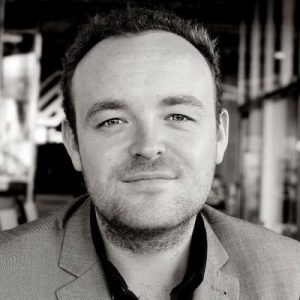 Central Michigan University in 2012.  He undertook his PhD with the Scottish Oral History Centre at the University of Strathclyde, focusing on the under-researched response of women workers in Scotland to factory closure and the wave of factory occupations launched against capital mobility in the early 1980s. Funded by the Economic and Social Research Council, the research incorporated a substantial oral history project and collected approximately 30 interviews with workers involved and external supporters, seeking to both reconstruct and interpret the occupations and their impacts on those involved. He has twice been awarded the Neil Rafeek Prize in Oral History from the Scottish Oral History Centre, and has presented his research at over 20 academic conferences and frequently speaks on BBC Radio Scotland. 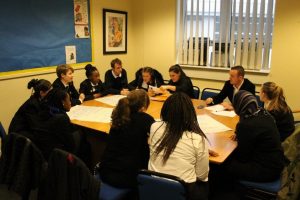 s enthusiastic about engaging with community-based oral history groups and projects, particularly working with school pupils on local oral history projects. Between 2013 and 2016, he led a project between the Scottish Oral History Centre and pupils from Springburn Academy in Glasgow, assessing the impacts of industrial decline and increasing deprivation. The project was part of an RCUK-funded project that aimed to increase interaction between universities and the secondary school sector and was viewed as one of the most successful conducted. The projected was commended in the Scottish Parliament by the local MSP following a public presentation by the pupils involved. Andy is part of a growing conversation among oral historians considering the role that the methods can play in increasing engagement between academics and schools, and the importance of orality in these processes.

Outside of academia, Andy is a passionate competitive and performing bagpipe player. He has performed in the Glasgow Hydro, the Scottish Exhibition and Conference Centre, and performed in Germany, Switzerland, and Italy. As part of Lomond and Clyde Pipe Band, he is a current Scottish, British, UK, and Overall Champion at Grade Two level.

Andy took up his post with the Unit and Collective on November 13th and will be predominantly working on oral history collections with participants in the Thousand Family Study, as well working with other oral historians in the University and the local area.

Clark, A. (2017), ‘‘Stealing our identity and taking it to Ireland’: Deindustrialization, Gender, and Resistance in Scotland’ in High, S., Perchard, A., and MacInnon, L. (Eds), The Deindustrialized World: Confronting Ruination in Postindustrial Places. Vancouver: University of British Columbia Press.