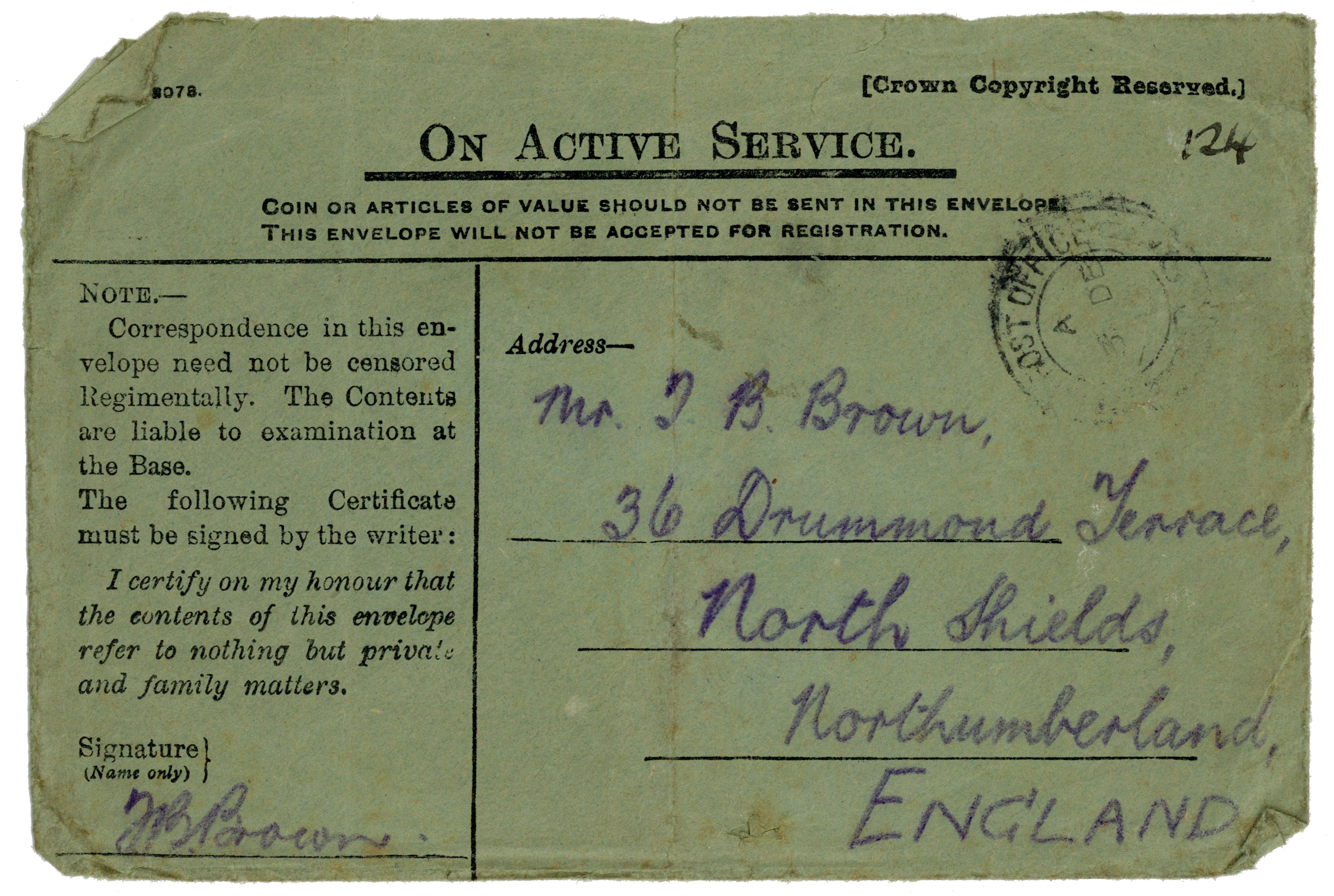 Thomas Baker Brown, born 22nd December 1896, a soldier who fought in World War I. In December 1915, Thomas Baker Brown was serving in the ‘Clerks Platoon’ for the 6th Northumberland Fusiliers at a training camp at Scarcroft School, York. As a soldier, or “tommy”, training would begin with basic physical fitness, drill, march discipline and essential field craft. Tommies would later specialise in a role and Brown received training in bombing, signalling and musketry. He suffered from poor eyesight and was issued with glasses. After failing to be transferred to the Royal Flying Corps, Brown was placed into the signalling section and later drafted to France alongside his brother George, as part of the 2/6th Northumberland Fusiliers, 32nd Division.

In 1918, he was taken prisoner by German soldiers and placed in a prisoner of war camp in Dülmen and later transferred to Limburg.

Find the letter in our collections here. Explore the rest of the Thomas Baker Brown collection here.