Over the next few weeks Jake Wall, one of our Universities at War project volunteers, will be blogging about his experience of researching the stories of the WWI fallen using the university archives available in the Philip Robinson University Library.

For the first two weeks of this project I spent time sifting through The Northerner, the student magazine of Armstrong College. The years 1908 to 1919 were my chosen sample as I noted that many of the previously listed soldiers were likely to have either studied or taught at the University during this time. While this source was somewhat time consuming to use effectively it was really rewarding. 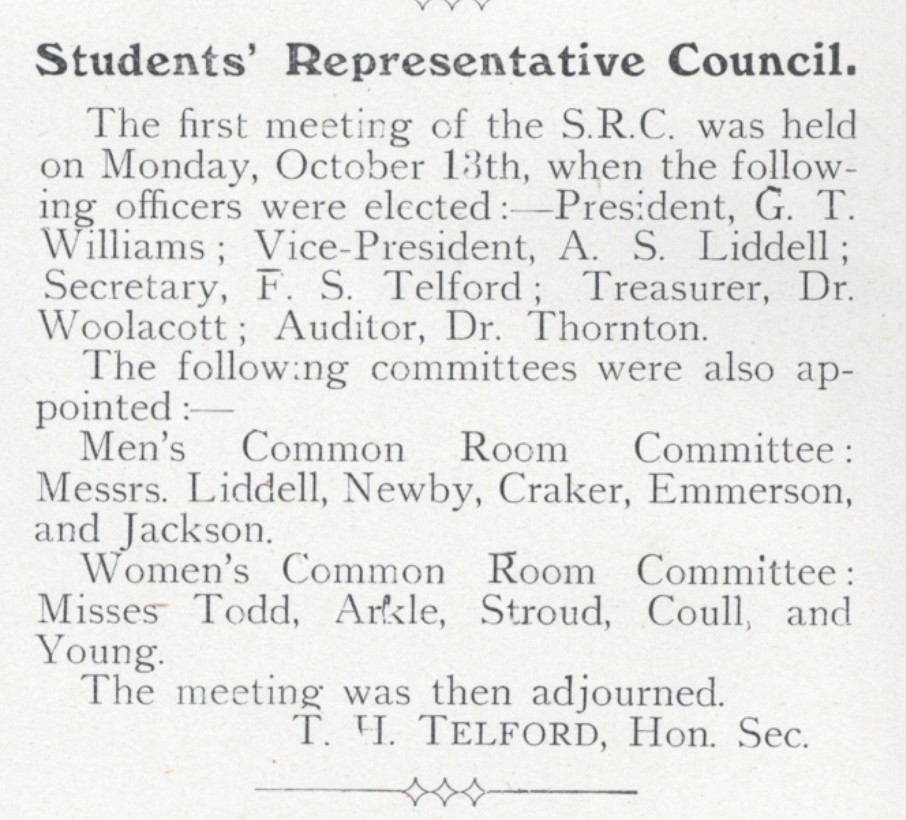 George Trevor Williams was made president of the student’s Representative Council in 1908.  In addition to this George was also a member of both the hockey team and committee. There are two match reports in which George is mentioned. He played as a forward in a match against Garrison at the barracks and scored, Armstrong College won 2-1 as a result of his efforts.  He also played against Durham West End however Durham won 4-0. Clearly George was a keen sportsman and heavily involved in life at Armstrong college. 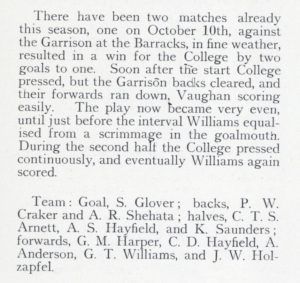 In November 1909 George was given a fellowship and was described as ‘a well-known student of the college’.

George was honoured for giving his life in the service of his country. The more research is done into George’s story the more tragic his death in 1918 seems, an energetic young man and pillar of Armstrong College whose life was sadly cut short. 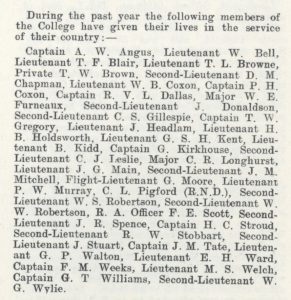 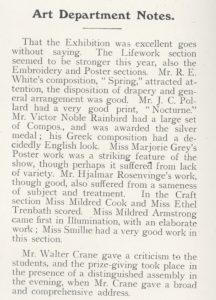 Robert Edward White studied Art at Armstrong College in 1910. During his time at Newcastle Robert made valuable contributions to Armstrong college’s exhibitions specifically in embroidery and poster sections. There is an Art Departmental note from 1910 in which his composition is singled out for praise, the piece in question was called ‘Spring’ and ‘attracted attention’ as the ‘disposition of drapery and general arrangement was good’. The loss of such a skilled artist must have been sorely felt following his death 1915.

More information on the Universities at War project, as well as the stories uncovered by our researchers so far, can be seen at www.universitiesatwar.org.uk.