The second instalment of digitized Trevelyan family albums is now available on Page Turners. A brief introduction to this resource and the Trevelyan albums was given in our launch post last month. We’re happy to say that a further three albums have now gone live, along with contextual information which allows you to search for individuals, places, or learn more about the images.

This group includes the first (although not the earliest) volume in the collection – Volume One. Begun in 1894, when Mary Katharine Trevelyan [Molly] was 13 or 14 years old, it gives a valuable insight into her life before her marriage to Charles Philips Trevelyan. Born into the Bell family, wealthy industrialists in Middlesbrough, Molly’s father Sir Hugh Bell had joined the family firm, becoming director of the Bell Brothers’ steelworks in the town. Her mother, Florence Bell nee Olliffe was an author and playwright. Her family’s is perhaps most famously known for her half-sister Gertrude Bell, the archaeologist and diplomat. 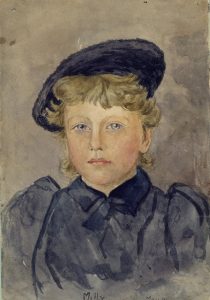 In the seven years covered by the album we see Molly and her extended family relaxing at properties in Red Car, Mount Grace and Sloane Street, London. There are also souvenirs from time spent in Germany in 1900, including concert programmes from Weimar and Berlin. The final few pages give an inkling of the following volumes’ content, as pictures from a visit to Wallington feature, with photographs of the impressive great hall and the exterior, as well as picnics with her future husband Charles on the estate which they would eventually manage together. 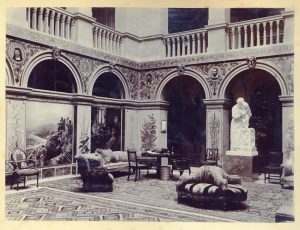 Volume three, which also appears in this group, shows the early years of Molly and Charles’ married life together (1904-1906). At this point, their lives were split between Cambo House on the Wallington Estate, and Great College Street, Westminster, this album begins with many photographs of the couples’ friends, visits to family at Stocks House (the childhood home of Charles’ sister in law Janet Trevelyan nee Ward), Welcombe (a second home of Charles’ parents George Otto and Lady Caroline Trevelyan) and Rounton Grange (the Bell family home, recently inherited by Molly’s parents). Their love of animals is evident in the frequent photographs of cats and dogs, which appear alongside newspaper cuttings discussing Charles’ career as Liberal Member of Parliament for the Elland constituency in Yorkshire. The album ends with the birth of their eldest child (and first of seven), Pauline Trevelyan (later, Pauline Dower). 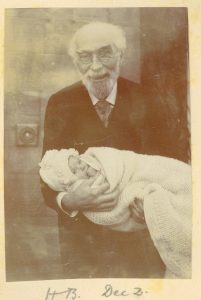 Volume five continues on from volume three (handwritten notes added later by Pauline state that ‘there never was a vol. 4 a mistake in the binding!’). This album includes the arrival of their next two children, George Lowthian [Geordie] and Katharine [Kitty]. This album includes many photographs of their three eldest children playing together when young, as well as photographs and souvenirs of Charles and Molly’s trip to Italy. Marriage is very much a key feature of this album, and many invitations to weddings of their friends and family are included, as well as photographs and souvenirs from the wedding of Molly’s sister Elsa to Admiral Sir Herbert William Richmond (the parents of Lady Bridget Plowden]. 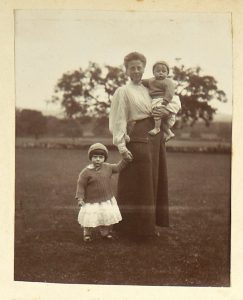 The content of these albums shows the shifting focus of Molly’s world as she transitions from a teenager in an industrialist family to being the wife of a politician and heir to a landed estate and the mother of three young children. Consistent to all the albums though, is the importance of family. The scrapbook style combination of private photographs, souvenirs and publications, gives an intriguing insight into both the private and public worlds of the Trevelyan and Bell families. One which will hopefully be further understood once the ongoing cataloguing of the family correspondence is complete.