One of the very special images we have within our ‘Local Illustrations’ collection is this picture: Exchange by Aurelia Musso.  Unusually for the prints that remain of this artist, it is a picture of a civic building, the Exchange on Newcastle Quayside (now known as the Guild Hall). 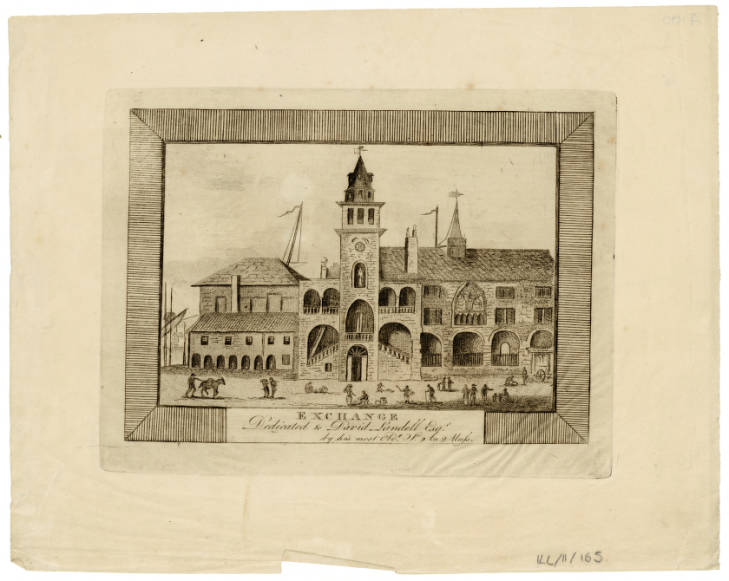 ‘Exchange’, by Aurelia Musso and dedicated to David Landell, c. 1783 1793 (Local Illustrations, ILL/11/165). The Exchange is located along the Newcastle Quayside, now known as Guild Hall.

Aurelia Musso was a prolific artist, and highly regarded within Newcastle society in the late 18th Century.  Born in Piedmont in Italy in 1758, she moved to Newcastle in 1783 with her husband, fellow artist Boniface Musso, and their two children.  The early history of the Musso family is fairly scant, but Aurelia (nee Grezzini) appears to have had family links in Newcastle, with various members of the Grezzini family involved in wood carving trades and the making of high quality toys in the City. 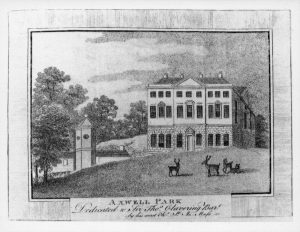 Axwell Park by Aurelia Musso, commissioned by the Clavering family of Gateshead. Original held at Newcastle City Library and kindly reproduced with their permission. 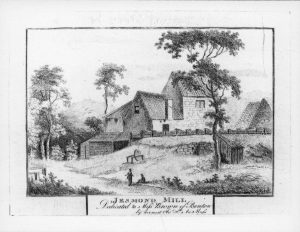 Jesmond Mill by Aurelai Musso, commissioned by the Brown family of Benton. Original held at Newcastle City Library and kindly reproduced with their permission.

Aurelia Musso specialised in prints and her work was highly valued among the wealthy and powerful in Newcastle.  She was commissioned by several prominent families, including the Clavering family of Axwell Park, (Gateshead), John Bigge of Carville Hall (Wallsend), William Lamb of Ryton Hall (County Durham) and Ralph Carr of Dunston Hall (Gateshead), and often Musso’s images remain the earliest prints of these family estates and houses.  She appears to have been very much a part of this elite circle and was certainly a very fashionable artist during this period.

The image of the Exchange was presumably created whilst Aurelia lived in Newcastle, and can therefore be dated to between 1783 – 1893.  Not very long afterwards, in 1809, the frontage of the building was radically altered to the designs of architects William Newton and David Stephenson.  Whilst the interior and rear of the building remained intact, the old steeple and staircase were entirely taken down, and the present front was erected, with the clock placed in the front, largely obliterating the original Italian architectural style seen in Musso’s print.  The print below, dating from 1829, shows the building with its new facade, which remains to this day. 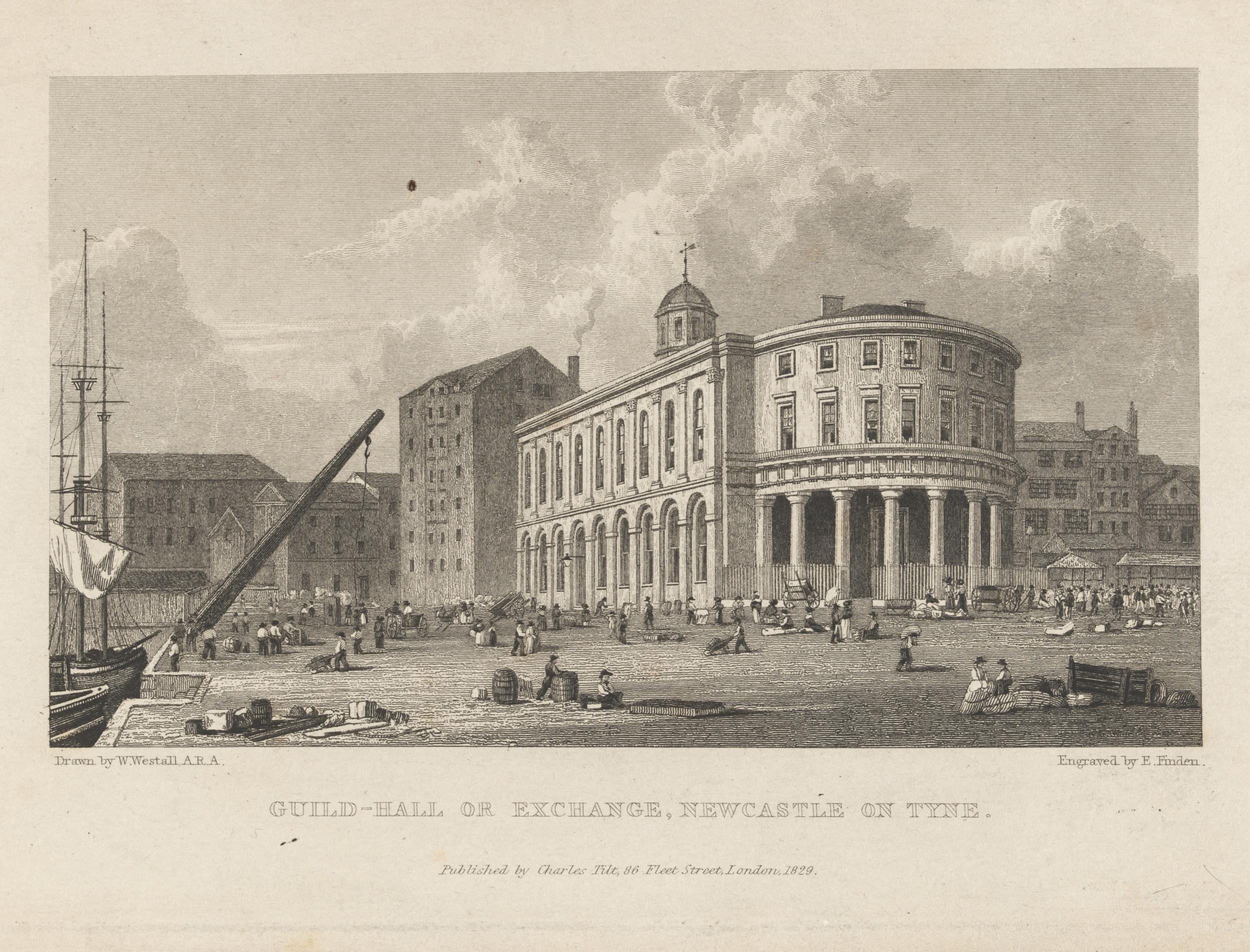 The Musso family, although nowadays far less well know than during their lifetimes, play an important part in Newcastle’s history.  Aurelia’s husband Boniface was the tutor for a short time of architect John Dobson (link to profile), as well as the artist John Martin (link to profile).  John Martin moved to Newcastle initially in 1803 at the age of 14 to take up the post of apprentice to a coach-builder to learn heraldic painting.  Meeting the Musso family in 1804 however he was taken on by them, receiving classical art instruction.  After Aurelia’s death, Boniface moved with the family to London taking John Martin with him – although Martin proved to be a somewhat wayward apprentice and the apprenticeship was later terminated!

Aurelia died in 1793, only 35 years old, cause of death unknown.  She was buried on 17th September 1793 in St Andrew’s Churchyard, Newcastle.

Many thanks to Pat Halcro for her research for this piece.