The recent Black Lives Matter protests in UK cities and across the world, have drawn attention to statues which ‘commemorate’ individuals who are thought to have profited from the slave trade. Newcastle’s major statue is Grey’s Monument. This is a Grade I listed monument to Charles Grey, 2nd Earl Grey who was prime minister during the passing of the Great Reform Act of 1832, which set in motion the abolition of the slave trade.

The monument was built in 1838 and consists of a statue of Grey on top of a 135-foot (41 meters) high Roman Doric column. It was designed by local architects John and Benjamin Green, and the statue of Grey was created by the sculptor Edward Hodges Baily (the creator of Nelson’s statue in Trafalgar Square). It was paid for by public subscription.

After over a century of marking the top of Grey Street, the monument was hit by a bolt of lightning on 25 July 1941, which dislodged the head of Earl Grey from his body.

“The stone head of Earl Grey, 133 feet above the ground at the junction of Grainger, Grey and Blackett Street, crashed to the tram lines without causing any personal injuries, and was badly damaged.

“It was impossible to state whether the original head could be restored.”

The bits of head were gathered up and were reputedly placed in a nearby shop window, with the slogan “Earl Grey’s losing his head over our prices”. The statue was headless until 1947, when local sculptor Roger Hedley (the son of painter Ralph Hedley) created a new head based on the preserved fragments of the original.

Our Local Illustrations contains many representations of Grey’s Monument standing tall during the 19th Century. 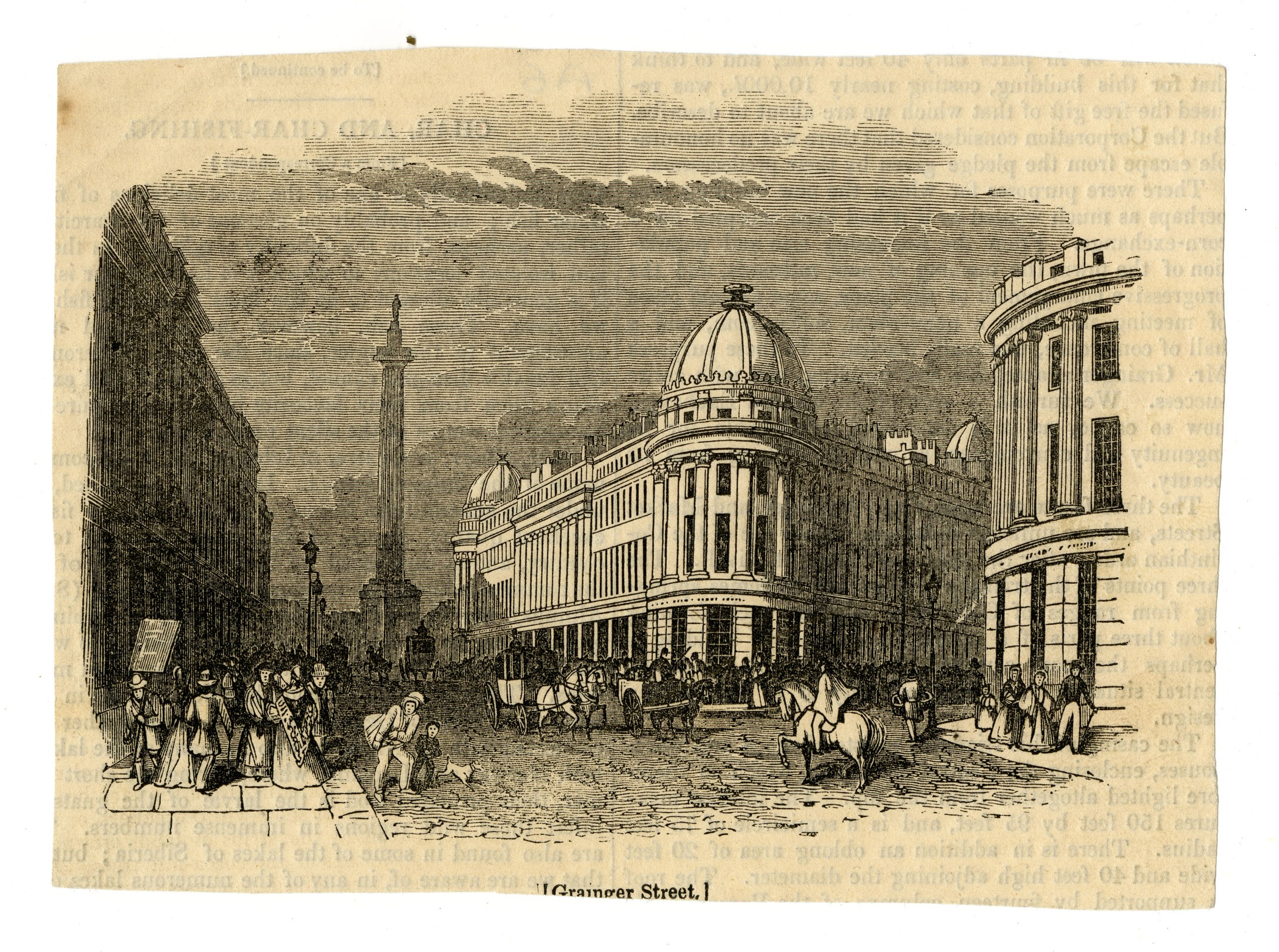 This illustration depicts Grainger Street during the 19th century, showing the hustle and bustle of central Newcastle with horse pulling carriages, looking down towards Grey’s Monument.

Find out more about our Local Illustrations.