As we thought it could not get any better than having our much-anticipated launch of Bridges, an anthology of best poetry and fiction written by MA in Creative Writing and MA in Writing Poetry students, Natalie Crick, one of the authors, had added another piece to her collection of publication credits in a magazine called The Selkie.  In her powerful poem Winter Children she writes: “It’s not the first time I’ve stood here,/where my daughter’s bones glow white, where one day/I shall have more children.”

On Friday, we gathered in one of the lecture rooms, G13, in Percy Building, to celebrate a launch of our anthology Bridges. In her opening speech, Sixtine Duvieusart, our head editor, explained the reasons why and how we named our book: “Bridges was a title chosen collectively, after a student’s vote. Bridges, for Newcastle’s seven bridges. Bridges, for the ones we are trying to build between cultures, between generations, between countries. Bridges, because there are too many walls in today’s world but not enough structure to bridge a gap between mentalities. Many of the writers present in this anthology tackle very actual themes, like racism and discrimination and politics and not fitting in.”

Her words resonated with all of us. After all, it is what we do as writers and poets. We observe the world, we reflect it, and we reflect on it. The anthology Bridges introduces seven fiction writers and fourteen poets, either current or last year students at postgraduate creative writing courses at Newcastle University. The illustrations are original works by two talented undergraduate fine arts students, Stela Brix and Kasia Grzelak. It is one of the reasons why, when we held and opened the book for the first time, we gasped, not to mention being impressed with Sixtine’s design work that brought all the individual creative elements together.

As the new students watched and listened to the readings, the excitement about the possibilities of creating a similar publication next year, grew. It was doubled with the fact that not only this year’s and last year’s books, but any future students’ anthologies will be published by a new digital publisher Bandit Fiction, an anouncement, which was made during the launch.

Special thanks belong to Melanie Birch for her constant support and help with everything, including this anthology, and for helping to organise the book launch, professor Jacob Polley for supporting us, students, and our projects, and School of English, Language, Literature and Linguistics for financing the printing of the book.

Text and  photos by Natalie Dunn 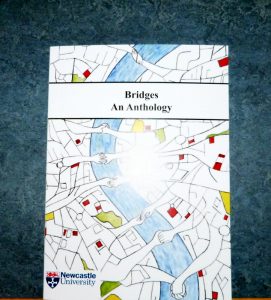 That is how it looks like: this year’s students’ anthology. 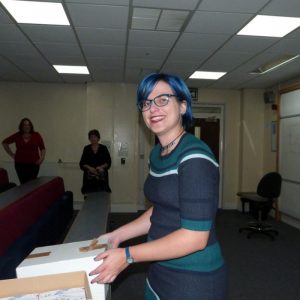 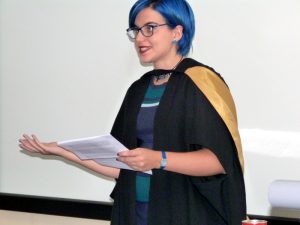 Sixtine’s opening speech. After the launch, she, together with several other authors, went to her graduation ceremony. 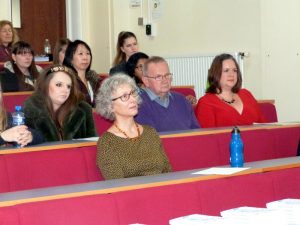 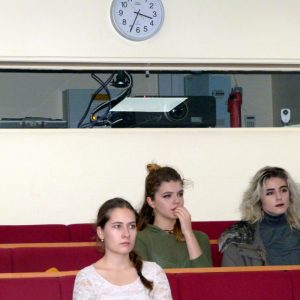 The illustrators Stella Brix and Kasia Grzelak also came to the book launch. 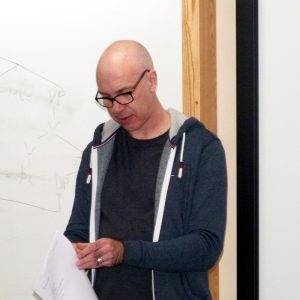 Seán Kiely is not only an accomplished poet but also a gifted photographer whose images often illustrate the literary blog Bridges.

2 thoughts on “Poets’ and Writers’ News: a Special Edition”