On Monday 4th I visited Nigel Cross in Jesmond, a friend of Brian’s, who had some interesting artefacts from the early days of “micros”. These were his personal purchases, and must have cost a pretty penny in 1979. Nigel worked for Burroughs in those days, but he was (is) an engineer at heart, and he had bought these to assist in design and other private projects. Nigel says that it can all be made to work: the computer works, but the disk drives will need a little expert fiddling from an electronics buff.
SRM’s gateman very kindly let me into the site in my car to enable me to unload these down into the Sub-Basement: SB6 is now just about FULL. 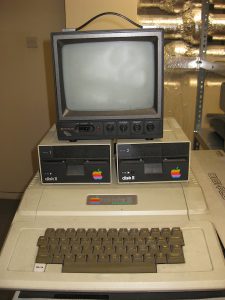 This is an Apple II “Europlus”: Apple modified their successful II Plus for sales in Europe (also the “J” for Japan) in 1979: they changed the power supplies, and the video system from NSTC to PAL; etc. As you can see, it has two disk drives, and a modest monitor (B/W). 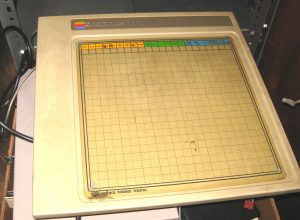 Apple Graphics Tablet. (The stylus is safe inside the Apple II, I am told.) 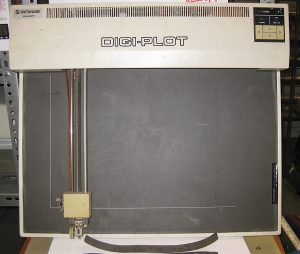 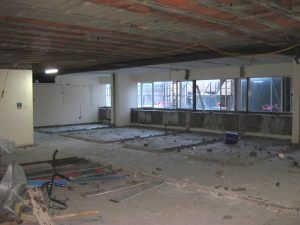 Progress in the Basement: a nice view towards the Loading Bay: a view, in fact, never ever seen before. (It was lunchtime for the lads: I sneaked into this area when passing.).