The volume of a teams away following is often used as measure for the “size” of a club and is heavily debated amongst football fans. But their are many factors that influence this, not least their proximity to other clubs.

With the Football league last week releasing statistics showing the average away attendance for each team playing in the championship (shown below), I looked at whether this was effected by the clubs accessibility to other clubs and how long fans were spending travelling.

With Leeds being located in within fairly close proximity to a number of the northern teams, and Leeds railway station being well connected I wanted to look at the whether this contributed to their loyal away following. 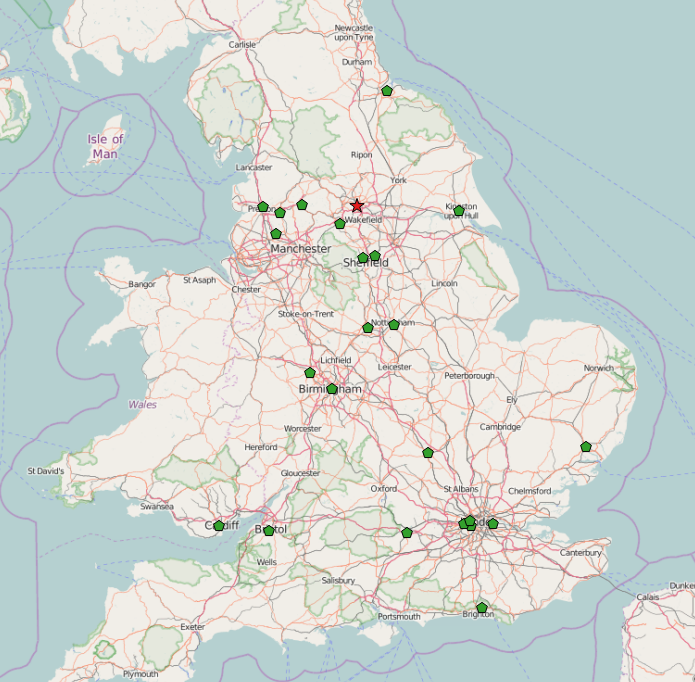 So I used the Google Travel API to look at the total time a football fan would spend travelling if they went on public transport to every away game. The results are below. 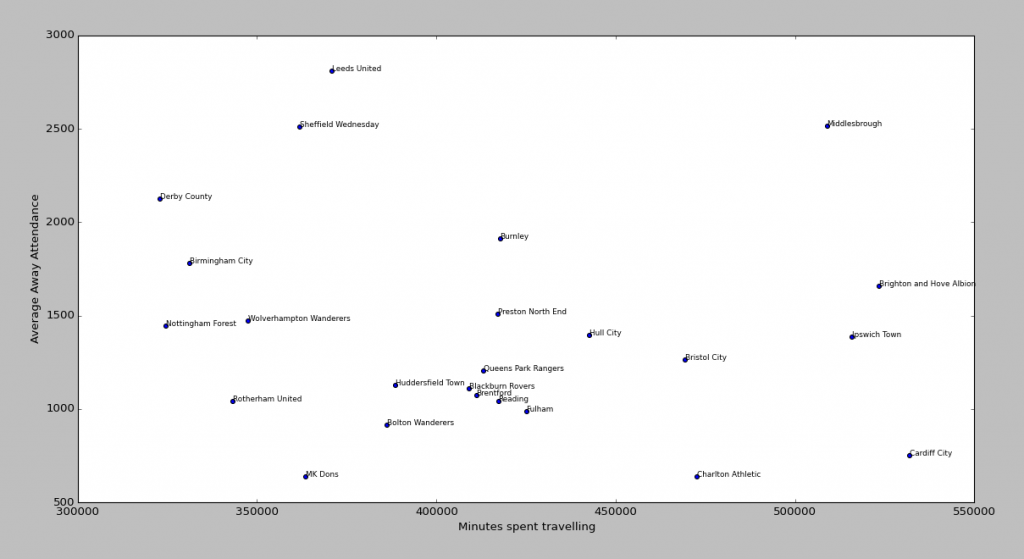 From this it appears that there is very little correlation between the average away attendance and time spent travelling especially with Middlesbrough’s travel time and attendance being so high.

As a final thought I looked at using the travel times for ranking the teams be the number of “fan hours” spent travelling.

2 thoughts on “Championship Away Fans”