Following on from an early email exchange about how Google defined “Newcastle” it got me thinking about other providers and how they define the city. Twitter for instance provides a bounding box the centre of which is the middle of Nun’s Moor (as does Google but the point location is not the centroid of it). As you can see from the image there is wide variation. Note that a couple (Yahoo/Michelin) place the point location at the point roughly where the centre of the text “Newcastle upon Tyne” appears on certain map products.

The mean centre of the point locations excluding the centroids is shown as well. 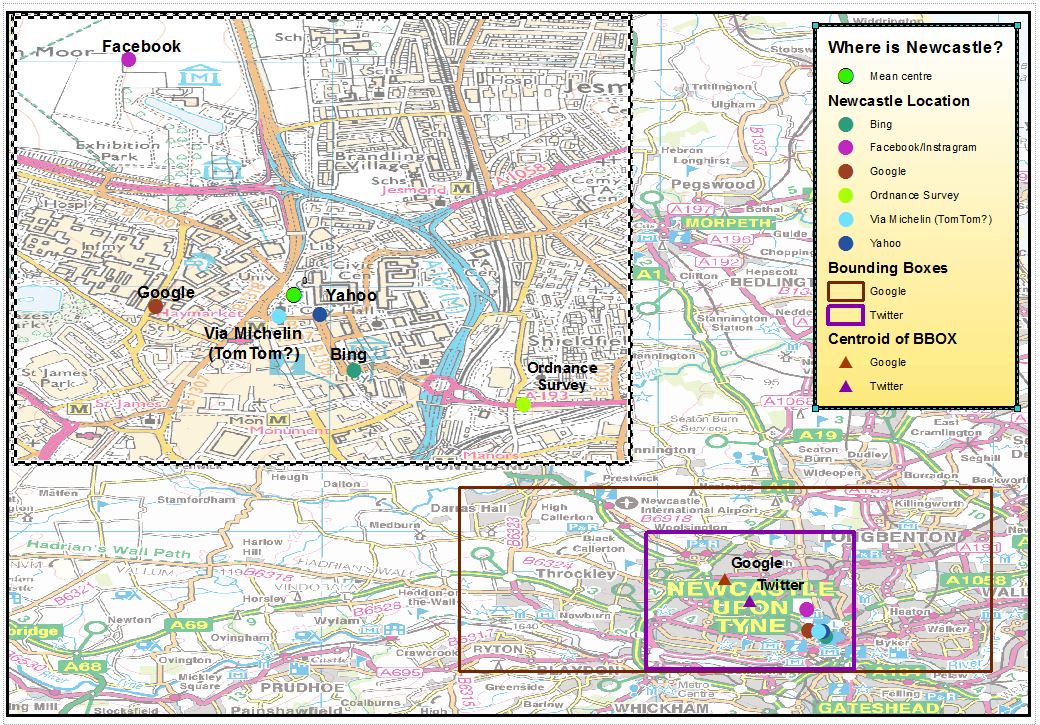 So I visited a pile of map sites and extracted their default location (and/or bounding box) and plotted them on the map. For twitter I sent a tweet from “Newcastle upon Tyne” and captured the coordinates using the API. Just to be rigorous I installed TOR browser which obfuscates the IP address to ensure that location was not being picked up from the browser and tried different browsers as well. The OS point for Newcastle upon Tyne was collected from the Gazetteer service provided through Digimap.

The vaguely serious point here is that we now routinely use APIs to get data from and its location yet those locations provide spurious precision!