We’ve all heard about the human microbiome, a term usually referring to the bacterial organisms inhabiting the human body and its interactions with our bodies. Research published in Nature this week focuses on an often neglected part of our microbiome:  the rich fungal community, ie, the mycobiome! So this is the perfect time to highlight the annual meeting of the British Society for Medical Mycology hosted by Newcastle University in April. 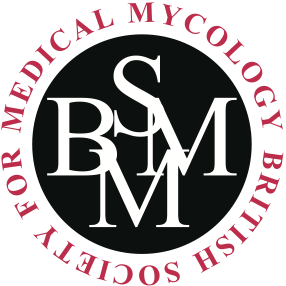 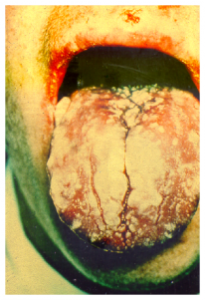 The BSSM meeting is the premier conference in the UK for researchers studying human fungal infections. These fungi can cause a wide range of infections, ranging from ‘thrush’ to severe systemic infections acquired in hospitals.

It was great to host this meeting in Newcastle this year and very gratifying that, with almost 100 delegates, this was the best attended meeting in recent years. However, the meeting got off to a somewhat interesting start as both national and international leaders in the medical mycology field arrived at Newcastle just as Sunderland beat ‘The Toon’ 3-0. It took some explaining, especially to our international colleagues, why there were more police than people on the streets of Newcastle… We were particularly pleased to welcome Professor El Sheik Mahgoub (University of Khartoum) who was present at the first BSMM annual meeting 49 years ago.

Reflecting the diverse nature of the BSMM membership, poster presentations and talks covered all aspects of Medical Mycology, including genomics, systems biology; cool tools and new infection models; pathogenicity mechanisms; and fungal immunity. Newcastle labs were well represented with Jan Quinn chairing a session, and 5 presentations from post-docs and PhD students from the Quinn and Lilic groups.

One of the most entertaining talks was given by Prof David Underhill, who highlighted the importance of fungi within the human microbiome (an aspect us fungal fanatics often find neglected!). Not only did his data clearly support the presence of a rich fungal community in the gut – the “mycobiome” – but that colonisation with specific fungal species can trigger immune responses and consequently inflammatory diseases such as colitis.

We were also treated to some amazing 3D images of the fungal infection process in a whole animal model  by Simon Johnston. 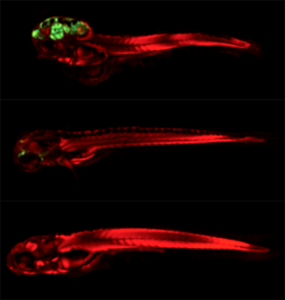 However, the pinnacle of the meeting was the Foundation lecture given by Scott Filler. Scott has led the field in understanding Candida albicans invasion of host cells which is a key to this fungal pathogen causing life threatening systemic infections. Highlights of his talk included the identification of the invasins that induce human host cells to take up the fungus and the generation of an anti-Candida vaccine raised against one of these invasions that protects mice from systemic Candida infections.

As in previous years, one session consisted of talks by PhD students with Shirley Tang (King’s College London) taking home the £100 prize money for best student talk with her presentation on the role of the Candida albicans protein Ece1 in damaging oral epithelial cells. The prize for best student poster was awarded to Robert Evans (University of Birmingham) for his poster describing his work on the role of phospholipase B in cryptococcal pathogenesis. 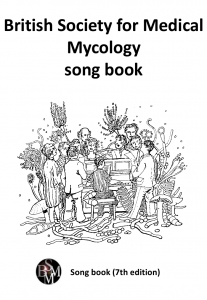 The meeting is also a very social event: the annual dinner was a great success with BSMM president Chris Kibbler giving his usual entertaining after dinner speech. This was followed by the traditional sing-song led by Professor Frank Odds on piano and a few croaky voices at the sessions the following day! As usual, few could resist joining in on the all time favourite Bohemian Rhapsody!

This year the meeting concluded with a Career Workshop for Medical Mycologists, sponsored by the Wellcome Trust Strategic Award for Medical Mycology and Fungal Immunology, of which Newcastle University is a consortium member. Jan Quinn gave (honest!) advice on the post-doc to PI transition, and there were also talks on non-academic and clinical career paths. This was finished by an interactive CV writing session led by Prof. Al Brown from Aberdeen University – ‘photographs on CVs?’ was a heavily debated point! And the agreed view was: don’t include them! What do you think – please let us know by adding a comment!

This was a very successful meeting and it will surely be remembered by those attending. For all those interested in fungal pathogens – see you next year!

The BSMM has approximately 350 members from all over the British Isles, Europe and the USA and includes clinicians, clinical scientists and research scientists. The Newcastle meeting was the last to be held with Chris Kibbler as BSMM president. Professor Rosemary Barnes (Cardiff) takes over as president and the 50th BSMM meeting will be held in Manchester.