Obesity has reached epidemic proportions globally, with at least 2.8 million people dying each year as a result of being overweight or obese (WHO). Dr Matthew Wilcox from Professor Jeff Pearson’s lab tells us about his research into the slimming powers of brown seaweed. A simple and sustainable food additive.

Over 40% of the calories in your diet can come from fat (mainly triacylglycerol) and you digest and absorb between 95 and 100% of all the fat that you eat!  There is one enzyme (pancreatic lipase) that accounts for 80% of all fat digestion and if the activity of this enzyme can be reduced then we will absorb less fat from our diet.

The Pearson lab has shown that alginate (a dietary fibre extracted from brown seaweed) can reduce the activity of pancreatic lipase by up to 80%.  If you don’t digest fat you can’t absorb it.

Lipase is a recognised target as a treatment for obesity. In 2010 the pharmaceutical drug orlistat (Xenical) which acts on this enzyme accounted for 98% of all UK prescriptions for the treatment of obesity. The remaining 2% was for Sibutramine which has since been withdrawn. We are therefore heavily reliant upon one drug which can have some rather unpleasant side effects (brown trouser syndrome) greatly reducing patient compliance. So even though it’s the only pharmaceutical drug available, not everyone who is prescribed it will actually take it! 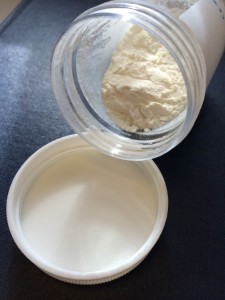 Tasteless alginate is already found in a number of foods (E400-405), salad dressings, ice-creams ….. even beer.

Thankfully there is still hope (and clean trousers) since some, if not all of the side effects of orlistat can be eliminated if it is taken with a high fibre product. Luckily, it just so happens that alginate is not only a lipase inhibitor but is also a dietary fibre itself, and to top it all off makes great bread!

Most commercial alginates come from seaweed, hence the seaweed bread.  The extraction process is relatively simple and you end up with a dry white (ish) powder, great to use in products with flour. There is no ‘seaweed’ taste (although seaweed bread is actually quite nice) and in blinded tests people actually prefer the alginate bread over standard white bread.  Likely to be due to the retention of moisture so it’s like eating fresh bread, even if it’s a day or so old

Seaweed culture and harvesting is big business around the world from the Shetlands to Shanghai and can even be seen from space. The extracted alginates are already used in the food industry, just not necessarily the right ones or in the right concentrations. The majority we test in the lab are from Norwegian or Scottish seaweeds. 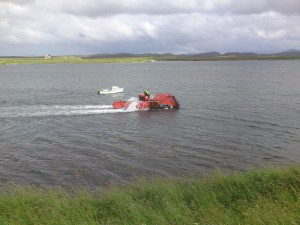 The latest technology in seaweed harvesting.

The alginate project in the lab started nearly eight years ago with simple colourimetric assays. These initial experiments showed that certain seaweed alginates can inhibit lipase. From this we developed a model of the upper gastrointestinal tract to test the alginates in a system as close to a human as possible without being human. Our model gut has now been used to show that alginate is released from the bread (amongst other things) and has also featured in a BBC3 program. We have just finished the first proof of concept trial in humans, so there will be more on this story to follow. 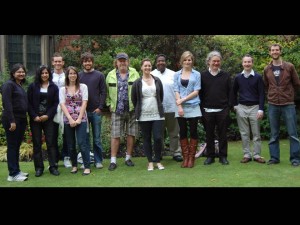 The big fat truth is that fat in food is often vital for the enjoyment, try eating cream crackers without butter (3 cracker challenge).  It’s hard!  So, if we can still get the enjoyment but not all the calories from our food then we can significantly reduce the amount of calories we take in.  It’s not just a reduction in the absorption of fat in the food that contains the alginate; it’s the entire meal that you eat.  Not that you should eat loads of burgers but if we could put alginate into burger buns then you would reduce the amount of fat absorbed from the burger, the cheese, the fries and the ridiculously oversized milkshake that you have with it. 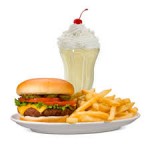 Perhaps that’s the best way to end a blog with the thought of a ridiculously oversized milkshake and also by thanking the BBSRC for all their funding and support!

Matt’s PhD was a BBSRC CASE studentship sponsored by Technostics

This work has been patented