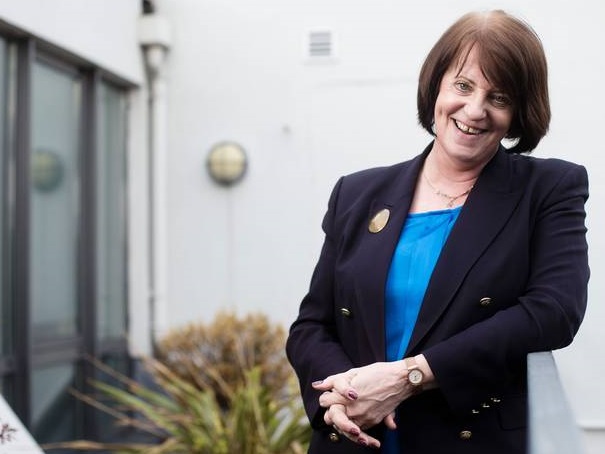 Dr Maggie Atkinson, the Children’s Commissioner for England, believes all smacking should be illegal (source: http://www.independent.co.uk/news/uk/politics/smacking-children-should-be-illegal-says-childrens-tsar-maggie-atkinson-9027588.html)

In today’s society many struggle to comprehend how smacking one’s child could be considered legal. However, for others the age old phrase ‘I was smacked and I turned out fine’ still rings true. Dr Maggie Atkinson, the Children’s Commissioner for England, has recently expressed her poignant personal view that the current law gives pets and adults more rights to be protected from violence than children. A view which for many is heart-wrenching. In stark contrast, Tottenham MP David Lammy has suggested that the law regarding smacking children should be relaxed so ‘working-class parents could still instil discipline in their homes without fearing prosecution’. However, I would be interested to hear why Mr Lammy believes that this is a problem only faced by the working-class? In the UK, parents can mildly smack their child if it can be regarded as reasonable chastisement.  However, the law regarding smacking one’s child remains a grey area; particularly with regard to the linguistic frailties that the term ‘reasonable’ offers. For example, when does reasonable chastisement become child abuse? For some, a punch in the face is equitable to a slap on the bottom.

For many the advantages of an outright ban on smacking children are clear. It protects vulnerable children from corporal punishment which could cross the boundary into abuse. John Cameron, the Head of Child Protection Operations at the NSPCC has suggested that ‘there is a greater likelihood of children being involved in criminal and antisocial behaviour if they have been in receipt of smacking as a standard form of parenting’. It is common knowledge that if one adult hits another adult this is regarded as assault in the eyes of the law. Moreover, it is widely accepted that children learn their own behaviour through imitating their parents. Therefore, Cameron’s statement is entirely comprehendible. It can also be suggested that if an outright ban on smacking is enforced, an individual’s internal beliefs and morals could be changed. For some, this may mean their beliefs of what is right and wrong regarding child chastisement could be entirely shifted and the horrific violent crimes against children, we so often read about in the media, reduced.

Although there are many benefits to an outright ban on smacking children, there are also many practical implications of such a law being enforced. Perhaps, as Dr Atkinson describes, the most significant implication being that ‘no public body can be behind the front door of every family in the land’. Therefore, it would be practically impossible to ensure that no parent ever breaks the law and does not hit their child through frustration or anger. In fact, such a law, could potentially hide the problem behind the front door of the child’s own home, ironically where the child should feel most safe. Thus, although in the abstract legal sense the problem would appear solved, in reality the problem would just be hidden further by those who are responsible for protecting and nurturing their offspring. Arguably, this could result in even more violent crimes towards children becoming undetectable by Social Services. A further implication would be the number of parents that would be labelled a criminal if an outright ban was enforced. A recent poll on parents.com found that 81% of parents have smacked their child at least once. Although this statistic seems unbelievably high, if it is true, it would be incomprehensible to legislate a law which criminalised 81% of parents. Moreover, even if the problem of criminalising 81% of parents was dismissed; it would be practically impossible for Social Services to intervene in every single case where a parent was convicted for hitting their child. This would further heighten the risk of Social Services missing the crucial cases where a child’s life is in danger, whilst they are focusing on a parent who had hit their child through frustration and despair.

If Tottehnham’s MP Mr Lammy is correct in stating that the law should be relaxed to allow parents to instil discipline, I would suggest that the law is not the problem; arguably, smacking is primarily used to replace inadequate parenting. As an individual who has never been hit, the methods of punishment avoiding physical chastisement are obvious and satisfactory. When one reads the opinions of the public on this controversial issue it is clear to see public opinion is largely in favour of Lammy and the majority appear to believe that smacking is a valid punishment. This could suggest that the problem lies in the parenting skills of individuals who neither know nor understand alternative methods of discipline and are not equipped to teach and guide a child to understand that frustrations are a normal part of everyday life and that through communication, patience and understanding we can modify our feelings and frustrations to co-exist in a community without corporal punishment. This prepares a child to integrate into today’s society whereby no one can assault another member of the public without prosecution.

Ultimately, it can be seen that this debate will rumble on for decades, with both sides having strong opposing arguments.  However, it could be suggested that the conclusion of this debate will not be found in a change in legislation. Rather, the need to educate parents on how to guide a child’s behaviour and the rather poignant issue of inadequate funding to local services; which have already been drastically cut in the austerity measures in recent times. Which have consequently reduced access to classes and programmes which teach families alternative methods to discipline their children and mechanisms to control their anger.