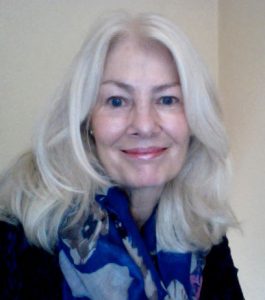 Sue Bradley joined Oral History @ Newcastle as our third Research Associate in February this year. Sue is an experienced oral historian and was instrumental in developing a network of like-minded researchers at the university before the Oral History Unit came along. Her first project has been to work with Special Collections at the Philip Robinson Library to develop shared processes for the collection and archiving of oral histories. Having worked in the Centre for Rural Economy for the past ten years, Sue brings a non-urban focus to the unit’s work.

In her previous life, Sue spent eight years with National Life Stories at the British Library as the interviewer responsible for the Book Trade Lives project, recording the life stories of publishers and booksellers active from the 1920s onwards. From this collection of over 1,500 hours of testimony she edited The British Book Trade: an Oral History (British Library, 2008/09).

Since coming to Newcastle, Sue has worked on a range of projects in the Centre for Rural Economy, covering topics from flood risk to honey bee health. She set up the Veterinary Lives oral history project, which led to a collaboration between the Centre for Rural Economy and the Royal College of Veterinary Surgeons to explore the use of oral history audio testimony in reflective learning through a programme of workshops designed with Andrew Gardiner of the Royal (Dick) School of Veterinary Studies. She has also spent several years in the School of English, as the oral historian on the AHRC-funded research project, A History of Women in the British Film and Television Industries, led by Melanie Bell and Vicky Ball.

Along with her part-time role in the Oral History Unit & Collective, Sue will keep one foot in the Centre for Rural Economy, where she is about to join an interdisciplinary team on a new project to inform the sustainable reduction of livestock disease, ‘Thinking Forward through the Past’.

The red thread throughout has been oral history. Sue says:

It’s opened doors into worlds I would never have known about otherwise. I’ve specialised in both the cultural sector – I find the history of the book trade endlessly absorbing – and, in a broad sense, the environment, especially how we live and work with animals. But my core focus is on ‘doing oral history’ – using speaking and listening as ways to appreciate historical experience – and trying to understand what that means. For me, the Oral History Unit and Collective bring a rare chance to do this with others who have a similar focus, including those vital original ‘like-minded researchers’. They know who they are.