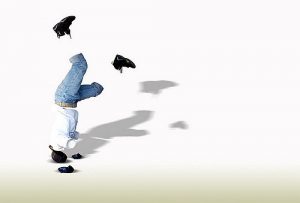 How many of your colleagues do you know to have a disability? If asked this question, what mental check-lists do you go through? People you’ve seen using a wheelchair; somebody who has a guide-dog; perhaps that person who wears the coloured-glasses in lectures? But what about the ‘invisible’ disabilities that don’t have a physical badge? It’s relatively easy to be aware of and support the needs of people with clear physical disability. Either as a colleague, friend or employer, putting in a wheelchair ramp, offering to guide someone through a venue they haven’t been to before, or making sure you speak clearly and loudly, are not difficult things to do. And there’s little stigma in asking for them either. But what about the disabilities we can’t immediately see? The person who might have a panic attack if they hear a certain sound? Somebody who suffers excruciating pain holding a phone? The person who is over-whelmed by anxiety if there’s an odd number of windows in the room? Or the person who needs a private space to change a stoma?

10% of Americans are reported to have an invisible disability; that’s a lot of people. Perhaps the question might be, however, are these disabilities invisible or are they hidden? Hidden because of the social stigmas attached to admitting that you have a disorder such as OCD, bipolar or depression? Hidden because you think it won’t make a difference to your support or quality of life by ‘revealing’ them? Hidden because the disability that you’re suffering from isn’t in a diagnostic manual and doesn’t have any known biological cause?

This is not to give the impression that things are perfect for individuals with visible disabilities. The flip side of the coin might be that many people who have no choice but to ‘announce’ their disability might vehemently wish they could keep it hidden. Perhaps because they feel it makes people treat them differently or judge them in some way. Which is also an issue that needs rectifying.

There is a need to raise awareness of these types of disability, and reach a point where the same support and policies are in place as what exist for the more visible ones. Of course, it might be that many people choose not to disclose anything about their disability and would rather it stayed ‘invisible’. But that shouldn’t mean they can’t have access to resources and accommodations at work if they do wish to seek a bit more support. Nobody chooses to have a disability. Invisible or not, it should never be a definition of who somebody is.