It’s back – FMS is holding its second Equality, Diversity and Inclusion Week, and we hope to see you there!

After last year’s success including the celebration of our Athena SWAN Silver Award, we are holding the Faculty’s second EDI Week for staff and students! We have a range of events lined up and listed below so that you can hear about the progress and ongoing work around EDI, and learn more about current issues that might be relevant to you.

Don’t miss out – take a look at what we’ve got lined up and book yourself in! We hope to see you at one of our events!

A few months ago, we published the first blog in our Demystifying Leadership Series, in which Professor Candy Rowe chatted to us about what her role as Faculty Director of EDI had been like, to help potential replacements decide whether it was the leadership role for them.

We are pleased to introduce our new Faculty Director of EDI, Professor Simon Forrest! Have a read of his Q&A to get to know a bit more about him, why he applied for the role, and what he’s most looking forward to:

Tell us a bit about your background. What are your hobbies and interests outside of work? 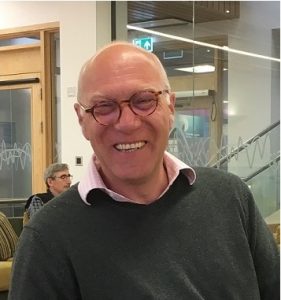 Like a lot of academic careers, mine sounds like a series of wise choices when I tell in from where I am now. But, in truth, it has largely been about a combination of luck, when opportunity has spoken to my passions.

I began as a professional musician and got very interested in the sociology of health because of the advent of HIV/Aids, and the way that changes in sexual attitudes, behaviours and culture that came about because of that, and the way they were represented in the ‘pop’ culture of which I was part. I met and got involved in very early community responses to HIV through peer education with young people, and the mobilisation of gay men and MSM. That evolved into 30 years of work on sex, sexualities, gender and sexual health.

I am still engaged in advocacy, which often feeds my research, but also some more sedate pastimes, such as bee-keeping.

How did you first become interested in EDI? What are some of the aspects of EDI you are most passionate about?

I can’t imagine how anyone can be involved in the social aspects of sex, sexualities, gender and health and not have EDI running through their work.

I have seen the way that public policy has failed people and also then worked to improve people’s lives. I have seen and, I hope, been part of influencing great positive changes in the recognition sexual diversity, in seeing that the greatest threats to people sexual health and wellbeing are often about failure to provide that and promote respect and equality. What I’ve learnt is EDI is about listening; hearing and making sure we give voice those who get left behind or are disadvantaged by social attitudes, policy or organisations – mobilising their potential to change things for the better for everyone.

What drew you to the position of Director of EDI for FMS?

It’s very simple – FMS is a natural champion of Equality, Diversity and Inclusion.

All our contributions are about making everyone’s lives better, healthier, and happier. We have the opportunity, especially because of the values of the NHS and our other stake-holders, to put that at the heart of what we do. Who wouldn’t want to be able to contribute to that?

What has been your favourite thing about the role so far?

Finding my feet with the fantastic EDI team, both within FMS and across the University, hearing people being so honest about the challenges in their work and lives, and the energy right across the Faculty, from top to bottom, to effect real culture change so that it heartbeats with EDI.

What are the main things you hope to achieve in the role? Tell us what you’re most excited to get involved with?

To continue the amazing work done so far, and to see that recognised in further external recognition and accreditation.

I want to be an advocate, to empower, and mobilise the skills and expertise in the Faculty and our wider community, and to enjoy the debate, discussion, planning, and work we can do together.

What aspects of being FMS’ Director of EDI do you anticipate will be most challenging? What previous learning experiences do you think have helped prepare you to take on these challenges?

Universities are complex places and knowing how the system works and how to make the system work can be a challenge. I think I have had a lot of experience now and know something about we go about creating transparent and effective structures that support EDI.

What do you hope to learn through the role?

No day goes by when one doesn’t learn something about oneself and other people.

Universities are all about conversations and because I might see students or staff, do some engagement work with our community, and much more in a typical day, there’s always going to be a conversation out there which will make me think. It might be someone asking me a question I don’t know the answer to (that’s very common) or telling me something amazing about their lives that makes me stop and think.

Thank you so much to Simon for giving us a bit of insight into himself and how he’s feeling about his new role. We can’t wait to see all that you do as Faculty Director of EDI. 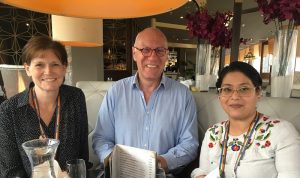 Following the success of their first LGBT+ research showcase in LGBT History Month,  ‘Celebrating LGBT+ research at Newcastle University’, the steering group of Rainbow@ncl (the University’s network for LGBT+ staff and PGRs and their allies) wants to find out more about research and teaching across the institution that’s relevant to LGBT+ lives and cultures.

They’d like to create opportunities for colleagues and students with related interests to share expertise and ideas, and to use their social media presence to increase the visibility of the richly various work underway across the university.

You are therefore invited to share information about any LGBT+ related content in UG and PG modules you teach or projects that you offer to/carry out with students; and in your research, whether for a post-graduate degree or as a member of staff.

Please send any information you would like to share – including links as appropriate – to the Rainbow Network Assistant, Luke Green. Luke will collate it and make it visible via the network’s webpage. 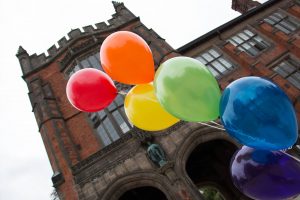 They also plan to organise another showcase event: if you would be interested in taking part – to talk about research and/or teaching – please do let Luke know.

Or, to find out more info about Rainbow@ncl, read all about it from their Chair, Gareth Longstaff, or take a look at their NU Connect page. 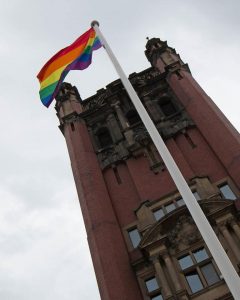 To celebrate, the rainbow flag will fly on Newcastle University’s flagpoles throughout the month.

There is also a variety of exciting events for you to get involved in.

What is LGBT History Month?

“LGBT History month is an opportunity for those who identify as LGBTQ+ and their allies to engage and support the importance of our collective and individual histories. It is also a way to inform, educate and share the often invisible and forgotten histories of LGBTQ+ struggle, oppression and discrimination as well as creating a month long space where we can all celebrate and affirm our similarities and differences.”
– Gareth Longstaff, Chair of The Rainbow Network

You can read more about LGBT History Month and what it means here.

That sounds great! How can I get involved?

There’s a whole selection of events going on throughout February to celebrate and raise awareness.

You can also get involved with the Rainbow staff network – hear more about it from Network Chair, Gareth Longstaff, here.

Or, if you’re a student, you can join the LGBT+ Society.

We hope you enjoy the events! 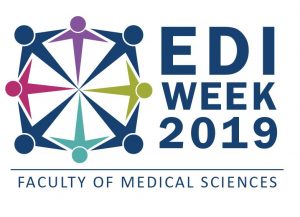 FMS is holding its very first Equality, Diversity and Inclusion Week – why not come along and get involved?

We are holding the Faculty’s first EDI Week for our staff and students to celebrate our recent Athena SWAN Silver Award for our work towards gender equality. There will be a range of activities and events that not only reflect on our recent achievement, but consider where we go from here in order to provide more inclusive work and study environments that give everyone equal opportunity to succeed.

Take a look at what is on, and book early! We hope to see you at one of our events!