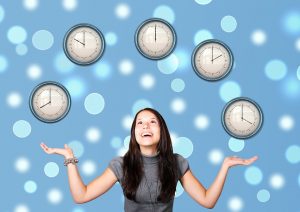 This week someone told our team about the Facebook group Women in Academia Support Network (#WiASN), and we have found it so enlightening! It’s a group that does what it says on the tag: A network run by women for women where staff in academia can share their thoughts/worries/problems/news and rants to get feedback and support from their peers. And what’s interesting (And in some ways oddly reassuring) is that seniority doesn’t seem to matter when it comes to shared problems. Women at many different levels of their career are all voicing similar issues, meaning that everyone can learn from each other. Now there’s a novel idea!

A snapshot of some of the recurring posts shows that one of the main worries facing women is how to juggle their work commitments with home life. The concerns differ: Am I a bad mother for going back to work so soon? Is it socially acceptable to keep my maiden name for my publication record? Am I a bad academic for wanting to spend time with my child? How can I manage the emotional stress of trying to find a home-work balance? But they all highlight the difficulty of being an ‘Academic mum’.

Another theme seems to be early career researchers (ECRs) trying to establish their own sense of self in their careers, with ‘imposter syndrome’ being a common phrase. One very clear issue for many ECRs seems to be the weight of guilt of holding a prestigious grant or fellowship and constantly feeling that they’re unable to ‘live up to’ the kudos. This is something that we’re very aware of in the faculty at Newcastle, and are hoping to hold workshops to help support ECRs with issues such as these.

Finally, one of the striking threads of conversation comes from the “Should I jump ship and leave academia?” question. The pros of flexible working and clear career pathways are argued against bigger salaries and leaving work firmly in the office drawer. There is a sense of guilt over ‘betraying’ supervisors or ‘wasting’ PhDs offset against accolades of achievement in getting a ‘dream job’ or finally being able to actually apply knowledge into the ‘real world’. It’s a pertinent question that not many ECRs dare ask: Is the grass greener outside of academia? Or does it, at the very least, have a chance to grow better?

If you’re a woman in academia, the group is definitely worth a look…

Next week is Jeans for Genes day, a UK-wide fundraising event to raise money for children with life altering genetic conditions. As someone who has worked with children and families affected by chromosomal conditions such as Williams syndrome and Downs’ syndrome, I have always been struck by the resilience and determination of all those affected. Also their positive approach to ‘just getting on with it’, usually still with (the biggest and brightest) smiles. When I first began my work with these families, I was met with the same word over and over: Heterogeneity. Compared to what I’d read and researched about individuals with autism, a disorder with no known genetic marker and huge amounts of variation from one individual to the next, my expectations of those with Williams syndrome were that they were all going to be ‘the same’. Which couldn’t have been more wrong. Because even in ‘heterogeneity’, where by definition there is uniformity, the reality is huge amounts of diversity. No child I ever worked with, even with the same standardised ability score or genetic deletion, was ever ‘the same’. And this is where diversity is not just something that makes working with the families more of a pleasure, but becomes scientifically important. Because those small, tiny differences might be the key to what tells us more about a particular disorder: How biology interacts with environment, or where we can target change. Working with the families affected by these disorders was, without doubt, the most enjoyable, rewarding and memorable part of my PhD experience. So get involved in Jeans for Genes day and hear more about the fantastic work these charities do. And the amazing, diverse, bunch of people you could be supporting… 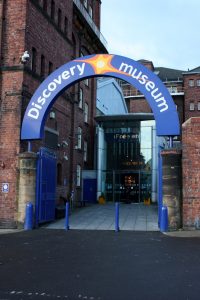 We are thrilled to be working with The Discovery Museum over autumn, helping them to assess the impact and effectiveness of their Play & Invent programme in changing gender attitudes. The museum are doing some fantastic work with young children to encourage and nurture more open-minded views about gender-neutral career roles and role models. We will be working with the team to consider how the activities are benefiting children and their families, and where they can be built on to be even more successful.We will also be collaborating with the museum on a series of ‘women in science’ events, where some of our excellent female scientists and researchers will be presenting their work, inspiring the future scientists of tomorrow!

Did you know that September was blood cancer awareness month? In order to promote and share all of the excellent research that Newcastle University does on blood cancers and the fight against them, our Institute of Cellular Medicine are running a research day in collaboration with Bright Red, open to the public. Laboratory Manager Sarah Pagan has written a blog post with more information.

The event will take place on 23rd September and registration is free so get signed up today!

Last week John Lewis became the first UK retailer to abandon gender categories on their own-brand children’s clothing. Their head of children’s wear explained the decision, stating ““We do not want to reinforce gender stereotypes…and instead want to provide greater choice and variety to our customers.” Hoorah to that!

A quick Google search for ‘boys dresses’ to find a suitable picture for this post resulted only in what you see above. Something out of Tudor times. Or from another continent. John Lewis are the first UK clothing chain to acknowledge that perhaps the enforced labelling of what a boy or girl ‘should’ wear is similarly archaic and culturally constrained. Rather than re-designing their clothing range, they have simply ditched the labels and abandoned the separate sections characteristic of most clothes stores.

But is this ‘political correctness’ gone mad? One MP has criticised the decision saying “Boys and girls labels and signs are informative. I think removing them could be very confusing for the consumer… I cannot see many customers buying a dress for their six-year-old boy.” He is, perhaps, missing the point. Which is exactly that we need to move away from this mentality that a certain type of clothing is meant for one sex or the other.

We should also give parents some credit. Moving the pasta next to the jam in a supermarket doesn’t send your average adult into turmoil because they wouldn’t expect those two things to be together. They might need to ask the first time. But then they’ll get it. Perhaps no boy really wants to wear a skirt. But is that because none of the other boys are doing it yet? Or because mum or dad walks straight past the ‘girls’ section in the store? Maybe little girls do want to wear pink flowery dresses, and that’s fine.They’re still on the shelves. It’s just now, they will be on the shelf next to the purple dinosaur top or the pink star shorts. And parents won’t be dictated to as to which child they’re designed for.