This October is Black History Month, a month dedicated to celebrating the history, achievements and contributions of black people in the UK. To honour our staff and students here at Newcastle, we’re continuing our Personal Histories blog series to learn more about them and their stories.

In this blog, we spoke to Sara Elkhawad, the current NUSU Equality and Welfare Officer, to learn more about her interests, aspects of her culture, and what she thinks of Black History Month. Sara has been working extremely hard this month running her campaign, Black Is Gold; so far it has included a culture-filled fashion show, a panel discussion in collaboration with the Great Debate Tour, campaign series to educate on the impact of racism, and the finale this evening with a closing party run by student DJs. For more details about these amazing events, click here.

How did you end up in Newcastle?

I didn’t really know what I wanted to do for a while – I didn’t have that kind of vocational dream of doing medicine or whatever, so I chose to do English literature at Newcastle quite last minute. But then I went to the visit day and actually really liked it, so I put it first. My mum was really happy because she was an alumni so she was like, ‘Wow my life is now being recreated through my daughter!’ But I really love it here so it was probably the best decision I ever made, even though it was a last minute decision. 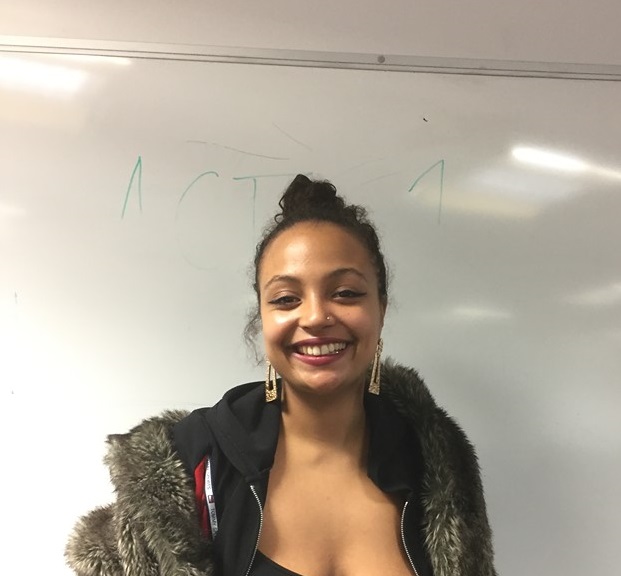 How did you become involved in your role?

I studied English literature at university and it’s something that I thought about a lot during my third year, so I applied last year really hoping that I’d get in. I guess Welfare and Equality Officer’s always been something that I’ve been interested in because of the charitable aspect, the mental health aspect of it and I love doing events and stuff so the campaigns aspect too. Also, being the first black woman that had ever gone for this role and the second person of colour that had been on the team was a big motivation of mine because I felt like I could represent the voices that I related to. So I applied, and since then I’ve realised that it has been the perfect job for me because I get to do lots of stuff to do with wellbeing and mental health which is something that is close to my heart, but also campaigning for people that are underrepresented. Not just black people, but people of marginalised genders, LGBT+, disabled people, etc. It’s been really, really eye opening for me and even showed me where a lot of my strengths and weaknesses are, so I’ve learnt a lot as well.

What are your main hobbies and interests outside of your role?

I like writing poetry – I actually haven’t recently because I’ve been so busy, but yeah, I write a lot of poetry. For my dissertation, instead of doing a dissertation I did a creative portfolio so I did poetry for that. I do spoken word as well as written poetry, I guess it’s to do with finding an emotional release sometimes. I’m not a good singer or anything so I like to kind of rap through written words instead.

What would you regard as your proudest achievement?

I guess Black History Month. Obviously I haven’t been in this job for that long, since June, but it’s been really successful – on our opening night, 200 people turned up which was amazing! Any event at the Students’ Union that gets that kind of turnout is incredible, and since then we had a really good turnout at the debate that we had. We’ve had really good feedback from the Deputy Vice-Chancellor and high up in the university which has been amazing. Lots of students have got really involved as well as the local community so that for me has been really amazing because it’s something that I’ve put a lot of time and effort into. It’s also kind of controversial; with it being called Black is Gold and focusing on black achievements and black excellence, I think some people who aren’t within that ethnic group feel a little bit triggered by it, or have their own opinions about it, so I’ve obviously had some controversial comments too but in general it’s been a very positive campaign so I’m really happy.

What is the biggest challenge you have faced?

Being the only person of my background and sitting in a room where everyone else is white and predominantly male; you don’t have that set of privileges, and sometimes you feel not as confident to use your voice and you come across natural barriers to stuff. Not everyone agrees with your way of thinking or agrees with the same issues because they haven’t been through the same things that I’ve been through, so when I try and articulate what black people need or what black people want, it hasn’t necessarily always had the immediate response that I would expect from someone that was black. So it’s the kind of feeling that I’m the only one that will ever fit my shoes in this university realm and in the union as well.

I guess just adjusting to the role in general, too – there’s so much to do. Being a trustee of the union which is essentially like chairing a charity, making sure that the union is well governed… there’s so many aspects that I didn’t realise I’d have to do so I’m maturing a lot!

The people around me inspire me a lot. I think the liberation officers (the people who voluntarily represent marginalised groups) like the Racial Equality officer, LGBT officer, are amazing because they’re the kind of people who are standing up directly for those voices. They make me learn a lot about my own knowledge and privileges which is great. In terms of other people, probably people like Akala who’s an inspirational speaker and rapper and understands the ins and outs of blackness, and the myths about it as well.

I think also my environment; the fact that I’ve grown up in quite a diverse area in London meeting people who generally have the same political outlooks on life, but also the same kind of music and cultural interests as me. Coming to a city that is a little bit less diverse has been quite eye opening in a negative and positive way, because obviously I have felt discriminated against and had prejudice against me but also I’ve been able to use my race as a platform to make sure we improve as a university in terms of that kind of stuff. That’s been interesting because I think when I came to university I didn’t really have the same racial consciousness that I have gained now from being at Newcastle, so that’s been quite inspiring.

Can you give me a selection of your favourite things from your culture?

I am half East African, so half from Sudan. It’s quite a different environment from what other people understand as Africa; a lot of people understand ‘black’ as West Africa and the Caribbean. One of my favourite bits is the sense of family and community, it’s like no one ever leaves you alone! Which is hard because Britain is such an isolated culture in comparison, people like their downtime and like just spending time by themselves but you don’t get that in Sudan. There’s a lot of eating together; you have this big round plate that everyone spins and eats from, and there’s about a million weddings so you’re always seeing people which is really lovely.

Falafel is quite a big part of my diet – obviously I don’t eat falafel on a daily basis, but my family have created this sort of secret family recipe from it, so that’s a big part of my East African culture. We’ve got beautiful pyramids in Sudan – everyone thinks that Egypt have all the pyramids but Sudan actually has like three times the amount and no one ever goes there. When I went to go see them, there was literally no one there apart from the people who were leading us and the camels, so that’s pretty cool.

What do you think about when you hear Black History Month?

I think what other people think they hear Black History Month is that they automatically think of slavery and civil rights, so when black people were slaves and how black people got over slavery. Especially within that, African American history so we’ve got people like Martin Luther King who fought for civil rights and did an amazing job, but again it’s not British black history. 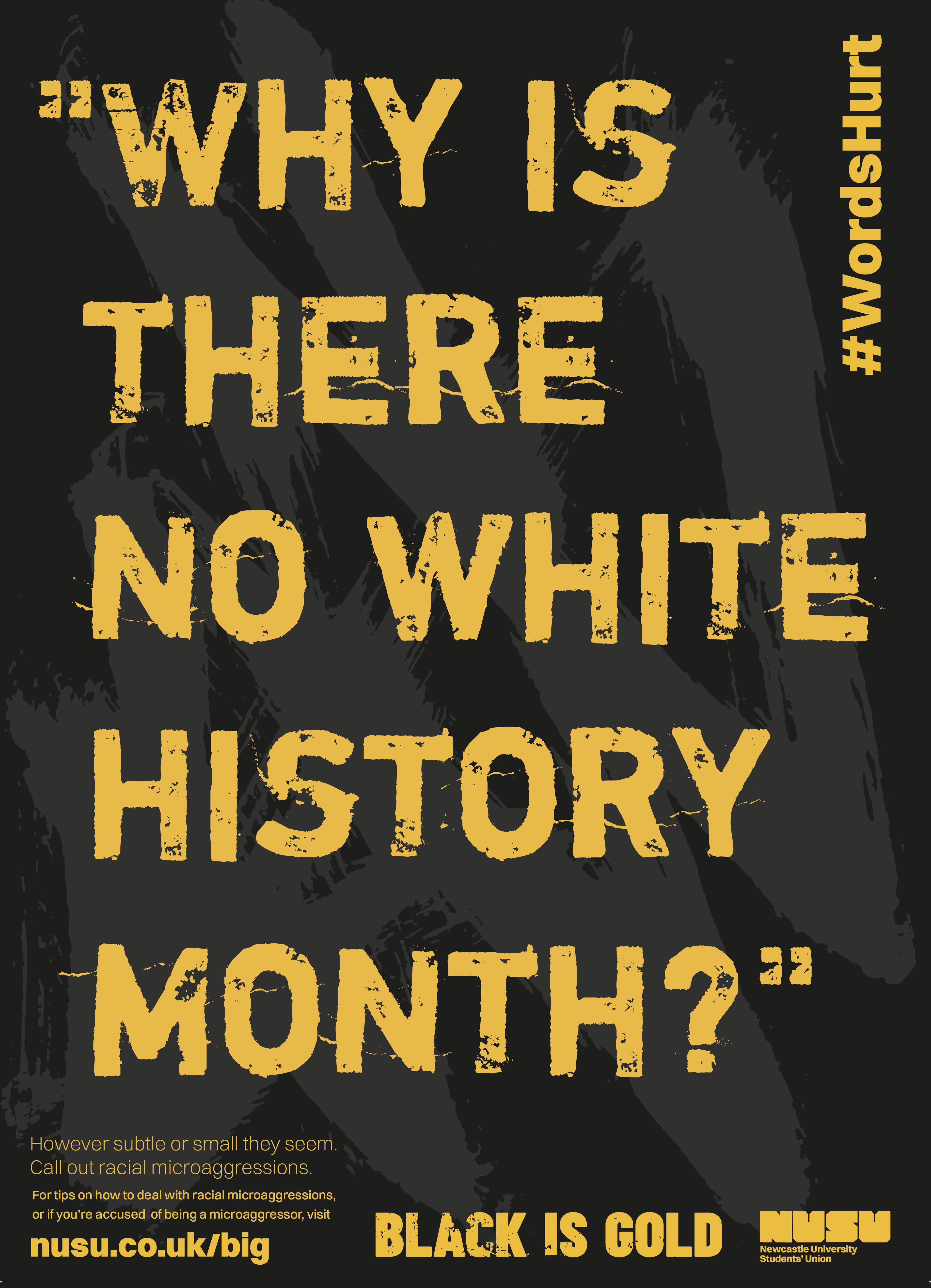 So now when I think of Black History and what this campaign Black Is Gold is meant to do, I sort of want to draw away from slavery and unearth narratives that like have been silenced by slavery. Before slavery and since slavery, black people were kings and queens and are kings and queens; we have Meghan Markle for example, who is literally in the royal family in the UK. Or within the Roman era, you had Nubian empires with black East African kings and queens. So I guess for me it’s about black excellence and beauty, rather than black colonialism and slavery, and yes black British history in the past but also now. The people that are paving the way, like Stormzy, or singers like Jorja Smith and Akala are really important black figures that are informing British culture and making history, even though we don’t really see it like that.

Thank you so much to Sara for taking the time to speak to us during this busy time! The work she has been doing this month is admirable, and we hope you’ve enjoyed learning more about her story and perspective. #BlackIsGold

If you would be interested in talking to us about yourself as part of this series, or know someone else who would, we would love to hear from you! To take part, please contact Claire Bailie.