‘The Faculty of Medical Sciences Doctoral Thesis Prize is a mark of recognition of an outstanding level of achievement by the end of a research doctorate. Prizes are awarded biannually on a very limited basis following nomination by thesis examiners.’ Dr Tim Cheek, Post Graduate Tutor 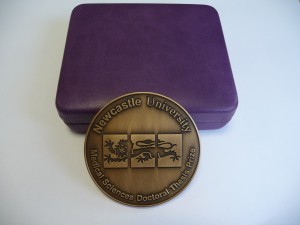 Prizes were first awarded in 2009 and included two ICaMB students, Holly Anderson and Monika Olahova. This was followed in 2011 by David Adams and in 2012 by Graham Scholefield. However, 2013, was an absolute triumph, with three out of only five potential Faculty Prizes being bestowed on theses submitted by ICaMB students. Dr Andrew Foster from Professor Nigel Robinson’s Lab (currently a post-doc in the Robinson lab in Durham), Dr Fiona Cuskin from Professor Harry Gilbert’s lab (currently a post-doc in the Gilbert lab) and Dr Kristoffer Winther from Professor Kenn Gerdes lab (currently a post-doc in Gerdes lab). With their new roles keeping them busy, our 3 winners only just managed to get together recently to be presented with their medals by the Dean of Post Graduate studies. Andrew and Fiona tell us about their past and present research. 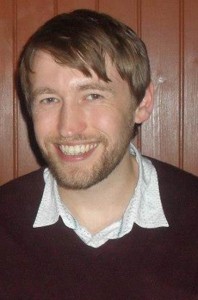 Abstract by Dr Andrew Foster. Achieving metal selectivity is often more difficult than one might first imagine as the inherent chemical properties of metals often mean that a metalloprotein will preferentially select an incorrect metal over a correct one.

My PhD studies involved understanding metal selectivity among a group of proteins called metal sensors. These metal sensing, transcriptional regulators control the expression of genes of metal homeostasis and therefore influence the metallation of other proteins within the cell. I characterised a novel nickel sensor InrS and showed for the first time how metal selectivity could correlate with relative metal affinity across a class of proteins. The nickel sensor InrS has a tighter nickel affinity than the other sensors within the cell, thus InrS responds to nickel activating 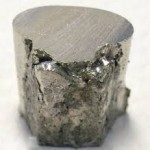 a nickel efflux gene so that the buffered nickel concentration within the cell does not rise high enough to mis-populate the sensors of other metals.

During my PhD studies our lab moved from Newcastle to Durham University but I remained registered at Newcastle. This move was obviously very disruptive but at the same time made me more focussed and determined to make a success of the work in spite of the disruption. 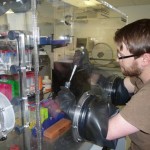 I am currently working with Professor Nigel Robinson at Durham University. My current work seeks to understand how the affinity of a metal sensor relates to the available concentration of the sensed element within the cell. Our model system involves the nickel sensor I discovered, InrS, and nickel supply to hydrogenase, a nickel enzyme capable of hydrogen production. Metal supply to enzymes will be a key biotechnological challenge as we seek to utilise microbial factories for the production of fuel and other useful products.

Abstract by Dr Fiona Cuskin. The use of complex carbohydrates in the food industry is wide and varied; a few examples include the use of polysaccharides and oligosaccharides as gelling agents, emulsifiers and fat replacements. Small oligosaccharides are being increasingly used as prebiotics for the vast array of “friendly” bacteria in the gut of both humans and animals. The addition of small fructose oligosaccharides by the food industry into yoghurts, amongst other foods, has been shown to promote a healthy gut flora, which in turn has a positive effect on the host gut health and immune system.

Having been in the lab for just a month my supervisor abandoned me and moved to America. Not to worry I tracked him down and moved there too for a few months. The subject of my PhD was to investigate how bacteria use enzymes called glycoside hydrolases to breakdown complex carbohydrates for utilisation. Part of this was to characterise a glycoside hydrolase that degraded the fructose containing polysaccharide, levan.This glycoside hydrolase contained two 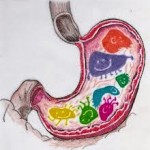 We are very proud of our current winners. Who will be in the next batch of Doctoral Thesis Prize winners, adding to a growing list of ICaMB winners?